Unlike cattle and sheep ranchers who hold grazing permits which they must diligently maintain and improve, and vigorously defend when the time comes to renew them, it appears that in this case, the parties in question have been allowed to break the law for over a decade with no consequences.

Those who have followed the Bears Ears National Monument (BENM) debate are familiar with the “co-management” narrative. Simply put, corporate environmentalists and billion-dollar outdoor recreation companies have enticed nearby tribal entities to join their campaign by promising them full participation in resource allocation, planning and improvements, policy and regulations, and economic enterprises within the boundaries of BENM.

Unfortunately, those pushing for the 1.9 million-acre monument forgot to disclose to the tribes that there exists no legal definition nor mechanism through which they may actually “co-manage” a national monument where now the National Park Service, Bureau of Land Management, and Forest Service have jurisdiction.

From the outset of the BENM campaign, when environmentalists met in San Francisco to formulate their Bears Ears messaging, they agreed that they would have to, “hitch [their] success to the Navajo,” and they used the promise of “co-management” as the yoke. Subsequently, nearly $40 million dollars from the Hewlett Packard and Leonardo DiCaprio Foundations was funneled into the effort, tribal entities teamed up with the enviros, and the rest is national monument history.

Pitched as a form of “reparations” to the tribes, some felt assured that “co-management” of the monument would give them a measure of control over lands from which their ancestors had been driven. There was, however, no plan nor process cited within the BENM proposal by which federal agencies could endow the tribes with legal authority to influence management decisions. Nowhere in the Antiquities Act is there language allowing for such a delegation of power. But the truth of the matter has not deterred monument proponents from propagating the seductive “co-management” lie. Patagonia – a platinum level outdoor recreation sponsor of BENM – published the following on their corporate blog: (emphasis added)

“There continues to be a lot of misinformation about Native communities, and negative stereotypes, in the state of Utah, and these prevent the tribes from having equal rights and being treated as equal citizens,” says Honor Keeler, the assistant director of Utah Diné Bikéyah, who is working on the case. Establishing these monuments was part of a healing process, Keeler, a citizen of the Cherokee Nation, says, and “an acknowledgement that Indigenous Peoples have a right to determine the future of their sacred and traditional homelands.”

“While we’re waiting to see how the litigation plays out, the federal government—the Bureau of Land Management and Forest Service—have been expediting the planning process for an Environmental Impact Statement for the Shash Jaa’ and Indian Creek units,” Keeler points out. “These two units comprise only 15% of the original Bears Ears National Monument boundary. We are concerned that the proper cultural surveys and environmental studies have not been done. To fully understand how to protect Bears Ears, meaningful consultations with tribes are necessary, which are part of the government-to-government relationship tribes have with the federal government. Tribes have maintained Bears Ears since time immemorial.”

The proliferation of gigantic national monuments has financially benefited Patagonia and its sister corporations, as well as big environmentalist NGOs. Thus, these players have a financial stake in publishing “co-management” propaganda. But taking care of America’s lands and resources is serious business, so it’s important to ask some relevant questions about co-management and whether or not BENM proponents are serious about it or are just using it for political leverage.

If the question of “co-management” is to be answered honestly, then we must take a hard look at all available information. Free Range Report has obtained extensive documentation from a Freedom of Information Act (FOIA) request which was submitted to the Manti-La Sal National Forest (MLSNF) with the goal of informing the public about the processes and players involved in public lands management. Our FOIA request was broad in scope, with a time frame of nearly 10 years, covering all legally-accessible records related to the management of the Babylon grazing allotment. The Babylon Allotment is of interest because it’s within the boundaries of the original BENM and is very near the twin mesas in southeastern Utah after which BENM was named. Because our FOIA request was comprehensive, we assume the documents we obtained from the MLSNF comprise a complete or near-complete history of the allotment’s management since 2010. However, it is possible that additional records may surface following the publication of this introductory article.

Our purpose in publishing Part I of this revealing history of the Babylon Allotment is to bring scrutiny to what appears to be a pattern of mismanagement by a coalition of the Grand Canyon Trust (GCT), a well-moneyed left-wing environmentalist group funded primarily by Swiss billionaire, Hansjorg Wyss, and the Ute Mountain Tribal Council (UMTC). It appears that the nearby Gooseberry Allotment, along with grazing allotments within the boundaries of the Grand Staircase-Escalante National Monument (GSENM), are also held by GTC.

Our research into the Babylon Allotment management file has been intensive, and we believe these records will serve to either prove or disprove the veracity of the “co-management” narrative that has repeatedly been used to justify Utah’s million-acre federal land grabs. What we have uncovered in the Babylon Allotment file paints an unflattering picture of a dysfunctional relationship between two entities who give lip service to the idea of co-managing these important lands and resources, but are doing more to harm the environment than good. Furthermore, these entities went to the trouble of formulating a contract with the federal government to co-management Forest Service grazing allotments, but there is strong evidence that they have failed repeatedly to fulfill the terms of the contract.

This January 2010 letter from the MLSNF to the Ute Mountain Tribe indicates a pattern of non-compliance in their management of the Babylon and Gooseberry allotments. Prior to January of 2010, the tribe failed to maintain and repair fences, and do required water infrastructure and other improvements. According to the MLSNF, the allotments–which are legally mandated to be put to beneficial use–were left in “poor condition,” so much so that a “substantial amount of time” would be needed to perform the necessary improvements to bring them to “an acceptable standard.” The letter also states that the MLSNF sent a letter of non-compliance to the tribe in January of 2009, to which it appears the tribe failed to respond.

In June of 2011, Dave Erley of the Grand Canyon Trust, submitted an Allotment Report to the MLSNF detailing broken boundary fences, trespassing cattle and spoiled water sources within the Babylon Allotment. You can see the complete report on Scribd.

Allotment Report on Babylon… by on Scribd

Although there is evidence that the Ute Mountain Tribe was communicating with other parties about the management of the Babylon and Gooseberry allotments, it was not until 2013 that they entered into a formal agreement with the Grand Canyon Trust through a Memorandum of Understanding (MOU). The MOU, which serves as a binding contract with the Ute Tribe, GCT, and the Forest Service as signatories, outlines the responsibilities of each party, and details the specific actions required to remain compliant with federal grazing permit rules and regulations. You can view the full MOU here on Scribd.

Delegation of Responsibilities in the MOU

In signing the MOU the parties promised, under penalty of law, to do the following:

Interestingly, Free Range Report found no records in the Babylon FOIA file showing the existence of the stipulated grazing plan which was due in 2015. There are no notes nor minutes from the annual coordination meetings that were mandated in the MOU. And, there exists no documentation showing that stipulated improvements have been made or maintained. Both prior to and after the signing of the MOU, there appears to be a void of active management of the Babylon Allotment spanning at least 10 years.

The letter below was produced by a ranger with the MLSNF and indicates some consternation on the government’s part about renewing the coalition’s grazing permit. Being at an “impasse” with the Ute Tribe, the MLSNF appears to be at a loss regarding how to enforce compliance to the permit’s conditions. A number of bulleted points in the letter seem to indicate frustration on the part of its author, with MLSNF once more “reiterating” the terms of the permit because the tribe has repeatedly fail to comply. Resuming “cancellation procedures” for the Babylon portion of the permit is mentioned as well. See below: (full document can be viewed on Scribd)

Although the parties now holding the Babylon Allotment work under the administrative authority of the Manti-La Sal National Forest, this is an uncommon situation, which makes it an important case study. Unlike cattle and sheep ranchers who hold grazing permits which they must diligently maintain and improve, and vigorously defend when the time comes to renew them, it appears that in this case, the parties in question have been allowed to break the law for over a decade with no consequences.

No rancher with grazing permits on federally-managed lands has ever been given the kind of latitude from the Forest Service that appears to have been given the Ute Mountain Tribe and Grand Canyon Trust. Despite documentation showing that the Forest Service is aware of the permit holders’ ongoing failure to properly manage the Babylon Allotment, there is no evidence that they have taken any action except to consider cancelling the permits. So, with this evidence in hand, we have to ask a final question: Is the federal government exercising a double standard in the way it enforces grazing permits for sheep and cattle ranchers as opposed to environmentalist groups and Native American tribes?

In Part II of “Babylon Allotment: Co-management or co-negligence,” we will dig more deeply into the performance of the parties involved, and whether they have upheld their commitments to the law and to the land. We will examine how their negligence has led to the degradation of natural resources, engendered hostility toward neighboring allotment owners, and given an unfounded and unfair platform to environmentalist NGOs in influencing government policies. We will also explore how, for at least a decade, the GCT, the tribe and the Forest Service have worked together to subvert the laws and regulations of the United States with no accountability. 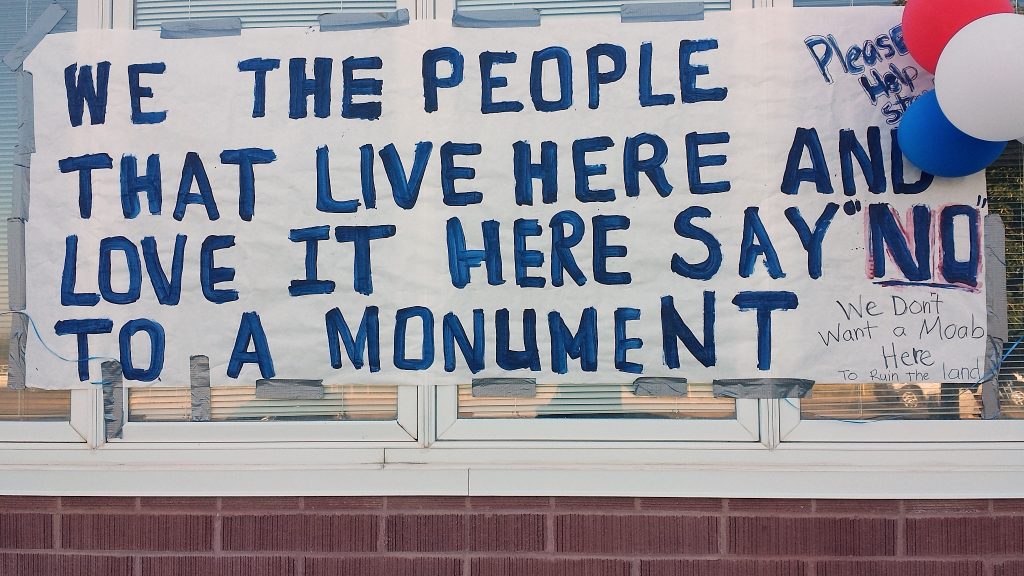 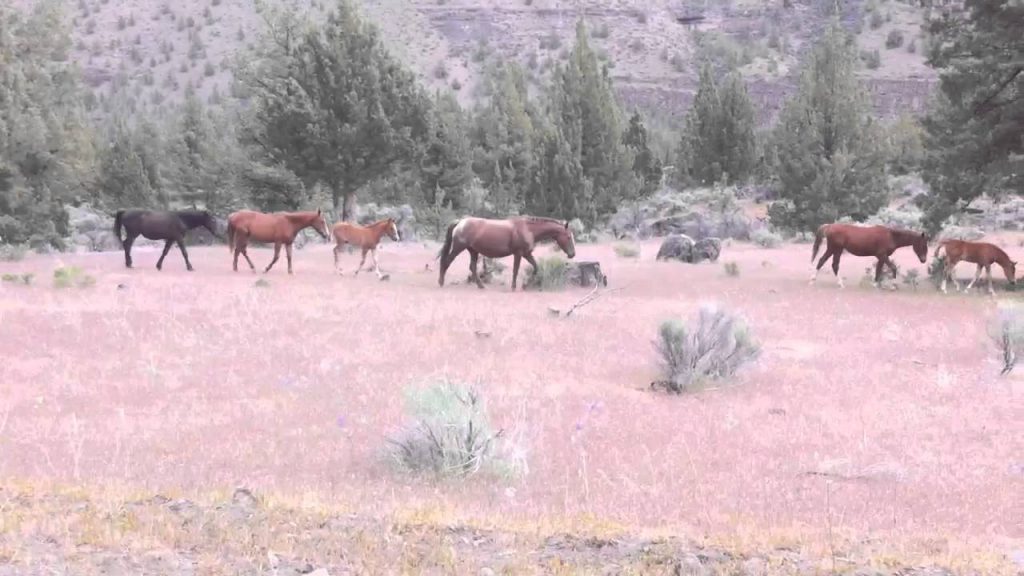 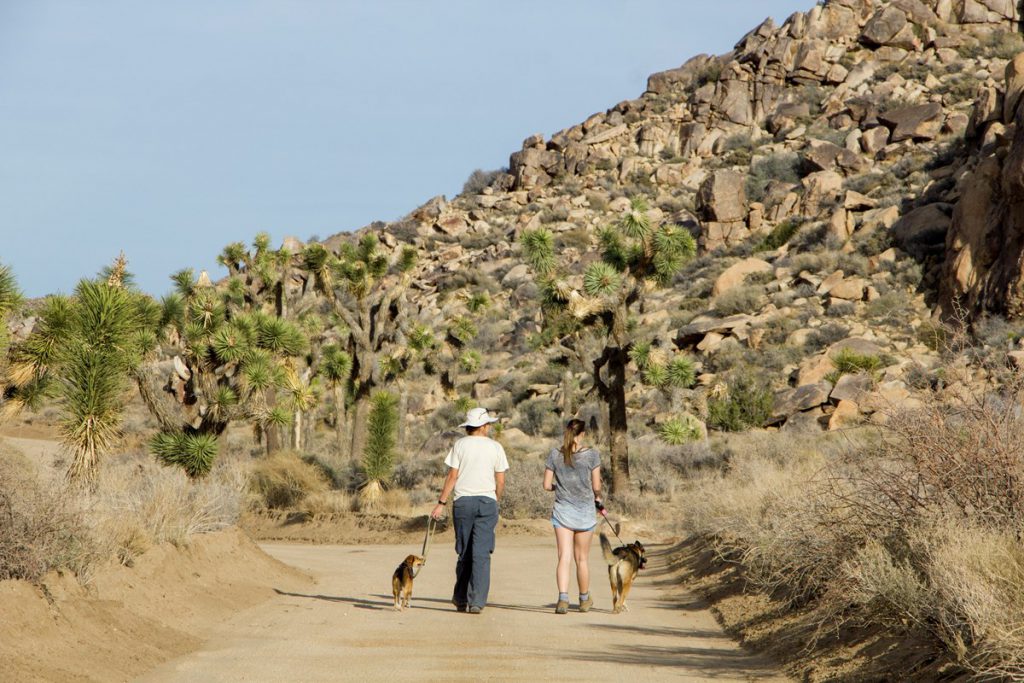