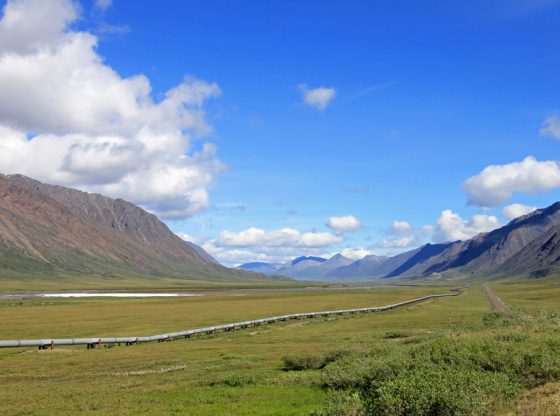 “In an almost jaw-dropping way, the Iñupiat people have been left out of this bill,” Glenn said, referencing his own Native American tribe. “If [this bill] is about human rights, let’s be fair. Open it up to everybody.”

Kaktovik village tribal administrator Matthew Rexford testified in front of the House Subcommittee on Energy and Mineral Resources, which works under the Committee on Natural Resources, on Tuesday. (RELATED: ANWR Could Churn Out Billions Of Barrels Of Oil. That’s Why People Want New Seismic Surveys)

“[Huffman’s bill] is a continuation of the pattern of injustice we have experienced since the formation of ANWR,” Rexford said in his opening testimony, referencing federal regulations that have prevented Kaktovikmiut people from using and accessing surrounding lands. “You say you are concerned about Arctic culture. You’ve ignored our culture. You completely disregarded us.”

Rexford represents a village of more than 200 Native Americans located within ANWR’s 1002 Area. Kaktovik is the only community located within the boundaries of ANWR and within 100 miles of the 1002 Area, opened up to oil and gas leases under the GOP tax bill signed into law in December 2017.

Democrats and environmentalists have stalled and fought attempts to bring oil development to the 1002 Area, set aside as an oil reserve in 1980, since President Donald Trump signed the tax bill into law. Democratic lawmakers in the House, led by Huffman, are pushing legislation that would again close the reserve to oil companies.

Huffman did not focus on Rexford’s testimony during the lawmaker’s time for questioning the panelists. Instead, Huffman talked about Richard Glenn, executive vice president of the Arctic Slope Regional Corporation (ASRC).

“ASRC is, in fact, a multi-billion dollar oil and gas corporation, last time I checked. Though very narrow majority of the Supreme Court would disagree with me, and a lot of my colleagues on the other side of the aisle would disagree with me, but last time I checked, I don’t think corporations had human rights,” Huffman said, after clarifying that ASRC is “not a tribe.”

Huffman’s comments came in response to Glenn’s comment made to another lawmaker, GOP Rep. Bruce Westerman of Arkansas.

“In an almost jaw-dropping way, the Iñupiat people have been left out of this bill,” Glenn said, referencing his own Native American tribe. “If [this bill] is about human rights, let’s be fair. Open it up to everybody.”

Huffman’s office did not immediately respond to a request for comment.