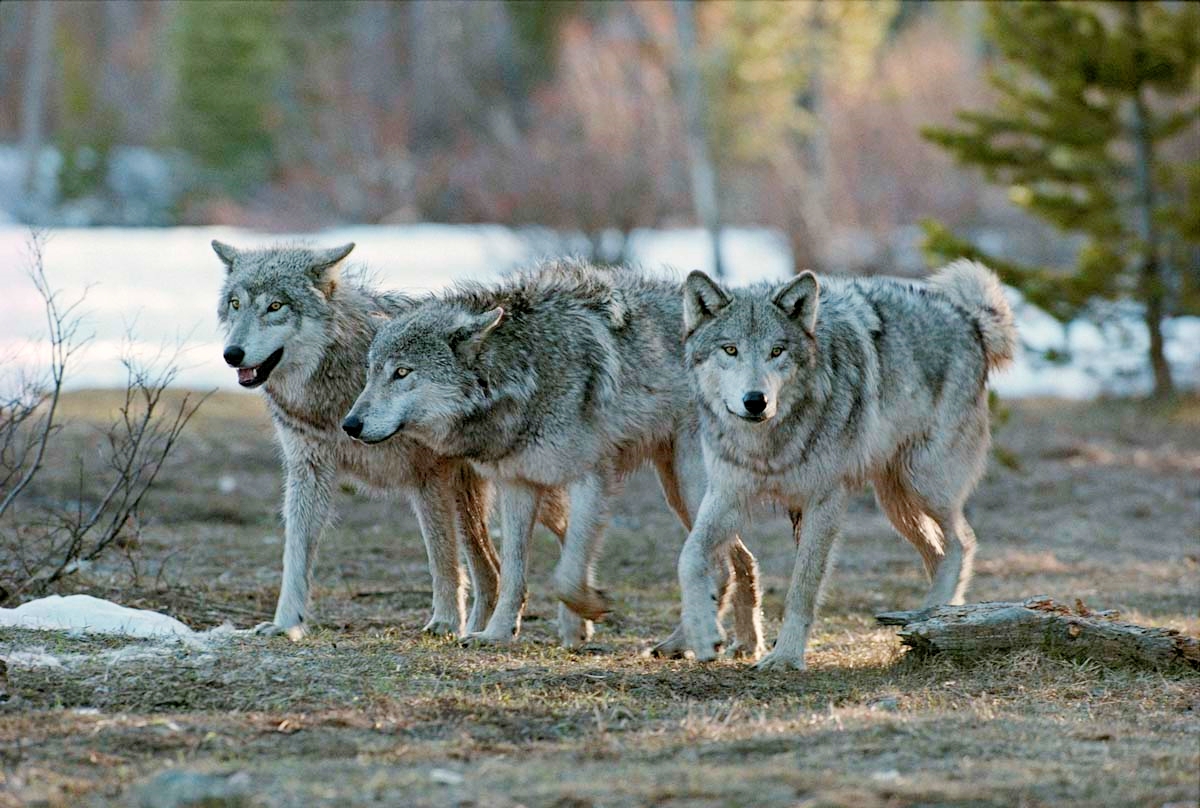 OLYMPIA, Wash. — Using a helicopter, Washington Department of Fish and Wildlife hunters are shooting down a specific wolf pack in Eastern Washington after a recent increase in attacks on livestock.

The agency says they understand that its controversial practice but they say the wolf pack has become too dangerous.

The state has already killed six wolves, including a pup, and they are on the hunt for at least five more wolves that are members of the Profanity Peak wolf pack — blamed for recent attacks on calves.

Protesters showed up outside Fish and Wildlife offices in Olympia on Thursday to say the killings are inhumane.

Protesters say the state is picking commerce over wildlife by killing off the Profanity Peak pack.

“We are especially opposed to killing wolves on public lands,” said Amaroq Weiss, of the Center For Biological Diversity.

This year,  ranchers in Eastern Washington say the wolf pack is coming after their livestock

“We’ve been here for generations doing the same thing, nothing has changed on our part, the wolves are hungry and aggressive,” K Diamond K Ranch owner Kathy McKay said.

McKay said the wolves this year have already killed nine of her animals — four horses and five calves — not to mention the ones injured.

“They have no mercy on the pain,” McKay said.

But protesters say it`s the other side that has no mercy.

“I don’t think slaughtering the wolves is the answer to the problem,” protester David Burgess.

Burgess and others want the state to use non-lethal alternatives and for cattle ranchers to take extra measures to protect their livestock.

Fish and Wildlife says if a wolf pack kills or hurts four livestock in one year, they have the authority to hunt them. The agency says they’ve tried non-lethal ways to protect livestock to no avail.

“This pattern started July 8 and escalated since then,” said Donny Martorello, of with Fish and Wildlife.

So far this year, the department says, the wolves have hurt or killed 13 livestock animals.

As a result, Martorello says the agency has had to escalate their response.

That decision isn’t just bringing protesters to their door, but also death threats.

The controversy got worse after a professor at WSU said ranchers were releasing cattle on top of the wolves’ den. WSU says the professor was inaccurate.

Fish and Wildlife and ranchers tell Q13 News that the professor’s comment got people more riled up, possibly leading to some of those death threats.