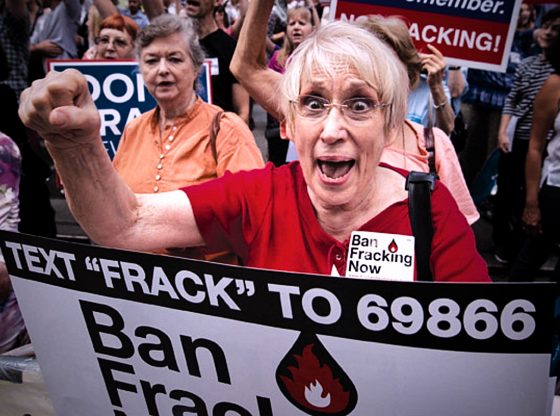 Environmental lawyers were slapped with court sanctions Friday for using a sketchy, unfounded legal theory to ban hydraulic fracking in a small community in Pennsylvania.

CELDF Executive Director Thomas Linzey and attorney Elizabeth Dunne must pay more than $50,000 to cover part of a Pennsylvania energy company’s legal fees for litigation connected to the ban.

CELDF members panned the judge’s decision. Associate Director Mari Margil claimed the sanctions are an example of the undue influence corporations can exert on the U.S. legal system.

“At a time when Americans more and more are looking to the courts for reason and justice, today we find neither, as corporate forces once again have been able to wield our institutions of government to punish those working to elevate the rights of communities over fossil fuel corporations,” she said in a statement to E&E News.

Pennsylvania General Energy (PGE) had a permit from the Environmental Protection Agency to store wastewater at Grant Township, a town 80-miles from Pittsburgh, Penn., but township officials approved a ban on the practice in 2014.

The ban supposedly stripped corporations of constitutional rights and allowed lawyers to file lawsuits on behalf of forests, not individuals or groups. In short, they could sue to protect forests and nature from fracking.

“Rights of nature” lawsuits are considered unconventional, even though some systems around the world recognize the theory. Linzey used the CELDF in the past to push the legal concept in town ordinances and courtrooms in Ohio and Pennsylvania, among other states and cities.

The court’s decision shows what energy companies have been saying for a long time, Seth Whitehead, a researcher with Energy in Depth, said in a statement to The Daily Caller News Foundation.

“The federal judge’s decision confirms what the numerous communities in which CELDF has pushed its ‘local control’ agenda have known for years — the group has acted in bad faith by pushing legal theories it knows are implausible,” he said, referring to a series of unsuccessful anti-hydraulic fracturing ballot measures in Youngstown, Ohio that cost taxpayers $185,000.