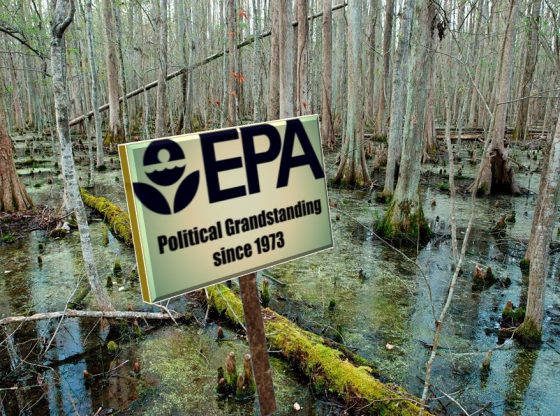 The rest of the story behind those loud civil-servant protests.

The media and federal unions are making a cause celebre out of federal scientists who have resigned and then denounced Trump Administration policies on the way out. We’re all for shrinking the government workforce, but the political melodrama could use a few leavening facts.

The latest splash is from Elizabeth Southerland, until recently the director of science and technology in the Environmental Protection Agency’s Office of Water. Ms. Southerland ended a 30-year EPA career last week with an internal memo decrying Donald Trump’s “draconian” budget cuts, and his “industry deregulation.” She said her “civic duty” required that she warn that “our children and grandchildren” face “increased public health and safety risks and a degraded environment.”

This follows the much-publicized April departure of Michael Cox, who quit the EPA in Washington state after 25 years, complaining in a letter to Administrator Scott Pruitt about “indefensible budget cuts” and efforts to “dismantle EPA and its staff as quickly as possible.”

Both EPA employees are of retirement age, and they are right to bow out if they can’t in good faith work for Mr. Pruitt. Their letters nonetheless reveal an entrenched and liberal federal bureaucracy. Though career civil servants who are supposed to serve political appointees of any party, they have clearly become progressive ideological partisans.

Their exits also explain why so much of the EPA workforce is misrepresenting or missing the point of Mr. Pruitt’s policy changes. Ms. Southerland raps the Administrator’s call to rebalance power between the feds and states, as she claims the EPA “has always followed a cooperative federalism approach.”

The Obama EPA also stripped states of their statutory development authority, whether with its pre-emptive veto of Alaska’s Pebble Mine, or its Waters of the United States rule that gave the feds de facto sway over tens of millions of acres of private land. EPA employees embraced these new powers, but they violate the Constitution and hurt the environment.

Ms. Southerland seems to have forgotten that the largest clean-water disaster in recent years resulted from the EPA’s 2015 decision to punch a hole in the Gold King Mine in Colorado, turning the Animas River yellow with waste water and heavy metals. The agency shares blame for the Flint, Michigan, lead crisis, having failed to alert the public.

The Fish and Wildlife Service has a dismal record recovering endangered species, while the Forest Service’s logging restrictions have left millions of acres of dead, bug-infested trees as tinder for catastrophic wildfires.

Mr. Trump has proposed a 30% cut in EPA funding, but Congress won’t cut anything close. Mr. Pruitt’s decision to refocus on core jobs like Superfund cleanups means a shift in EPA spending in any event. The goal should be an EPA that is more efficient and effective—rather than one measured by employee numbers.

Ms. Southerland’s exit may also free up some dollars. Federal records show she earned $249,000 last year in combined salary and bonus—$1,000 less than a Supreme Court Justice and about $200,000 more than the average taxpayer. She’ll receive an annual lifetime pension worth about 75% of the average of the last three years of her career. With that sinecure, she should forgive taxpayers for thinking a little fiscal discipline at EPA might be in order.