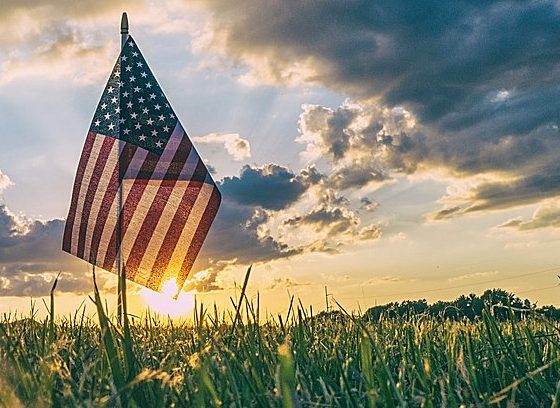 “While much of the country has recovered from the recent recession, large areas of rural America have not fared as well.  Nationally, 85 percent of persistently impoverished counties are in rural areas, and one in four rural children is growing up in poverty…”

Back in April, President Trump announced his Presidential Executive Order on Promoting Agriculture and Rural Prosperity in America. Unlike his recent predecessors, Trump spent most of his campaign mileage in America’s rural agricultural regions and semi-rural manufacturing and mining communities in eastern states and throughout the Midwest. His election was remarkable because many traditional Democrat districts, smarting from the over-regulation, outsourcing and a massive trade imbalance resulting in large part from Clinton’s 1993 NAFTA trade deal, saw an opportunity for real change and economic hope in Trump’s “America First” message. There appears to be an awareness in Trump’s order of the complex issues effecting farmers and ranchers, especially in Western states, where public lands grazing and water rights disputes have incited conflicts between citizens and federal agencies. The executive order creating the task force describes its purpose this way:

Sec. 4.  Purpose and Functions of the Task Force.  (a)  The Task Force shall identify legislative, regulatory, and policy changes to promote in rural America agriculture, economic development, job growth, infrastructure improvements, technological innovation, energy security, and quality of life, including changes that:

(i)     remove barriers to economic prosperity and quality of life in rural America;

(ii)    advance the adoption of innovations and technology for agricultural production and long-term, sustainable rural development;

(v)     respect the unique circumstances of small businesses that serve rural communities and the unique business structures and regional diversity of farms and ranches;

(vi)    require executive departments and agencies to rely upon the best available science when reviewing or approving crop protection tools;

(vii)   ensure access to a reliable workforce and increase employment opportunities in agriculture-related and rural-focused businesses;

(viii)  promote the preservation of family farms and other agribusiness operations as they are passed from one generation to the next, including changes to the estate tax and the tax valuation of family or cooperatively held businesses;

(ix)    ensure that water users’ private property rights are not encumbered when they attempt to secure permits to operate on public lands;

(x)     improve food safety and ensure that regulations and policies implementing Federal food safety laws are based on science and account for the unique circumstances of farms and ranches;

(xi)    encourage the production, export, and use of domestically produced agricultural products;

(xii)   further the Nation’s energy security by advancing traditional and renewable energy production in the rural landscape; and

(xiii)  address hurdles associated with access to resources on public lands for the rural communities that rely on cattle grazing, timber harvests, mining, recreation, and other multiple uses.

In response to the executive order of April 25, 2017, the agency heads tasked with revitalizing rural America met last week. On June 16, the White House issued its report on the inaugural meeting for the Task Force on Rural Prosperity. With U.S. Department of Agriculture (USDA) Secretary, Sonny Perdue presiding, this interagency task force put forth its plan to roll back misguided regulations, such as the EPA’s disaster-in-the-making, Waters of the US (WOTUS), and other federal policies that hamper growth and prosperity in the communities where jobs and prosperity depend on resource development, and access to lands and water for agricultural operations. With a Who’s Who of domestic policy guiding the task force, the vision set forth at the meeting was described this way by the White House:

Secretary of Agriculture Sonny Perdue and other members of President Donald J. Trump’s Cabinet are rolling up their sleeves and getting to work on behalf of rural America. Secretary Perdue hosted the inaugural meeting of the Interagency Task Force on Agriculture and Rural Prosperity, which was created by the President’s Executive Order of April 25, 2017. At USDA headquarters, Secretary Perdue was joined by Secretary of Housing and Urban Development Ben Carson, Secretary of Energy Rick Perry, Director of the White House Office of Management and Budget Director Mick Mulvaney, U.S. Trade Representative Robert Lighthizer, Chairman of the Federal Communications Commission Ajit Pai, and representatives from a total of 22 executive branch departments and agencies.

While much of the country has recovered from the recent recession, large areas of rural America have not fared as well.  Nationally, 85 percent of persistently impoverished counties are in rural areas, and one in four rural children is growing up in poverty.  The employment numbers continue to lag, and without connectivity and improved infrastructure widely available, the population in rural America is at its lowest point since 2010.

The Task Force is working to improve quality of life for people living in rural areas, develop a reliable workforce, spur innovation and technology development, and roll back regulations to allow communities to grow and thrive. By directly engaging stakeholders to develop an action plan for legislative reforms and regulatory relief, the Task Force is expected to accomplish a great deal for rural Americans. President Trump has asked for a report with concrete recommendations within 180 days of the Task Force’s creation.

More than just keeping his campaign promise to abolish abusive regulations, and correct neglectful trade priorities that have shifted countless American jobs to foreign counterparts, President Trump is supporting one of our nation’s primary and critical undertakings; to feed the world.