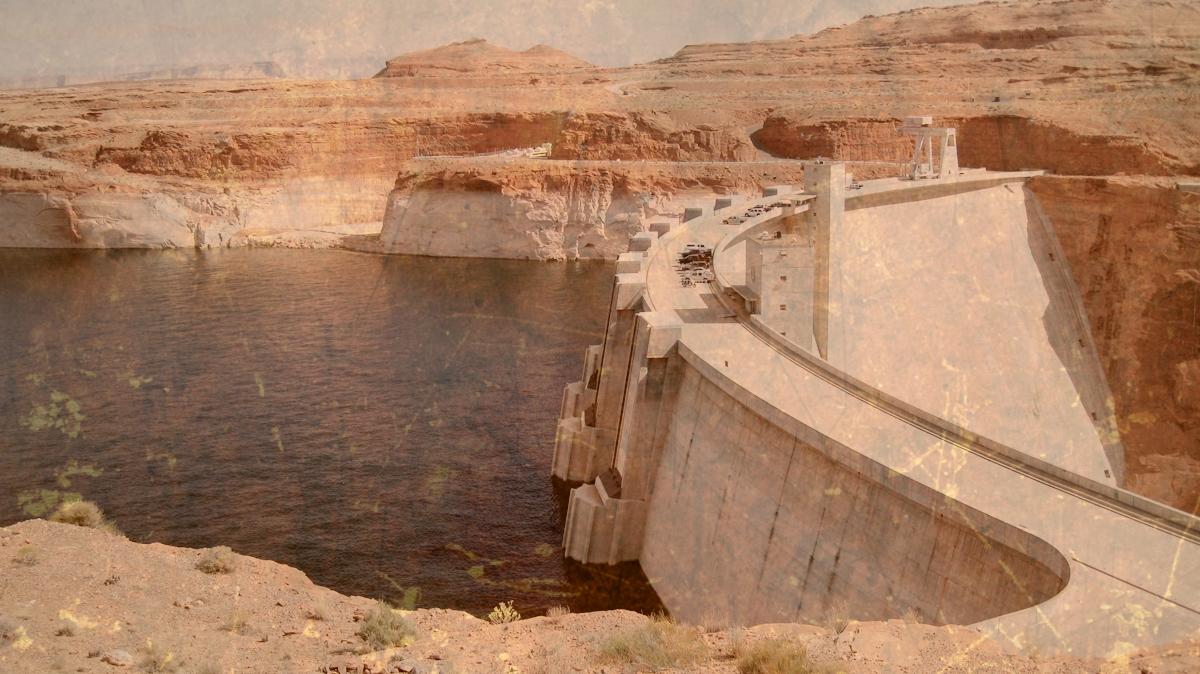 Obama’s ‘midnight rules-making’ marathon is unlikely to let up prior to the inauguration of President-elect Trump a month from now, so both Congress and the incoming Administration are expecting to have a lake of new rules, regulations and other executive actions to wade through, assess, and jettison if necessary.

The Glen Canyon Dam in Arizona, just south of the Utah border, has been the subject of both laud and venomous opposition since its planning stages in the early 1950’s. Completed in 1966, the dam created one of the nation’s most popular playground reservoirs, Lake Powell. A blue gash running diagonally through southeastern Utah’s canyon country, Lake Powell is visited by nearly 2 million recreationists each year. Despite the fact that hydropower produced by Glen Canyon Dam is clean and most certainly ‘renewable,’ militants in the environmentalist movement have wanted it gone from the landscape. The erection of the dam was the subject of enviro-terror attacks in Edward Abbey’s “Monkey Wrench Gang.” And the extremist-guided Glen Canyon Institute, has dedicated itself to the removal of the dam and the ‘restoration’ of Glen Canyon to it’s pre-dam purity. But, to this point, their efforts have been dammed by the need lights and hot showers in the desert southwest.

During the waning days of the Obama Administration, those forces have achieved a coup, with a recent management policy issued by the Department of the Interior (DOI), led by former R.E.I. big-wig, Sally Jewell, that puts a likely expiration date on the storied edifice.

LAS VEGAS (AP) — The federal government is committing to at least another 20 years of use of a huge Colorado River dam that officials call crucial to states in the West, but that critics say is unstable and should be removed.

“Politics belong out of this, because water is life,” said U.S. Interior Secretary Sally Jewell at a conference of key water managers in Las Vegas. She signed an agreement that allows the federal Bureau of Reclamation to manage Glen Canyon Dam and the Lake Powell reservoir in Arizona through 2036.

The agreement “provides certainty and predictability to those that use water and power from the dam,” Jewell said, while also providing environmental protection for fish and wildlife in the Grand Canyon, through which the dam sends water to Lake Mead and Hoover Dam near Las Vegas.

Critics call Glen Canyon Dam obsolete and Lake Powell too porous and wasteful to keep operating in a basin.

Glen Canyon Dam, completed in 1964 near Page, Arizona, is the second-tallest concrete-arch dam in the United States, behind Hoover Dam near Las Vegas. But while Hoover Dam is anchored in solid volcano-baked basalt, Glen Canyon Dam spans a gorge lined with Navajo sandstone that critics compare with hardened sand dunes.

“Lake Powell is evaporating and seeping hundreds of thousands of acre-feet per year that are completely lost to the (Colorado River) system,” said Gary Wockner, executive director of the Denver-based group Save the Colorado. He called Jewell’s decision “an extraordinary waste.”

“In order to keep the lake level high enough to keep electric turbines spinning, they’re going to have to buy massive amounts of water from farmers in Colorado and Utah,” Wockner said.

Glen Canyon has eight hydroelectric turbine generators that the Bureau of Reclamation says produce about 5 billion kilowatt-hours of hydroelectric power per year for distribution by the Western Area Power Administration to Nebraska and six of seven Colorado River basin states.

Bishop said the plan shortchanges hydropower in favor of fish, and he predicted communities and states that rely on cheap hydropower will suffer.

But drought might. Jewell spoke several times of a 50-50 chance that a drought declaration will be made next August, forcing cuts in water deliveries beginning in January 2018 to Arizona and Nevada.

Under various treaties, regulations, statutes and agreements including the Colorado River Compact of 1922, seven states are promised a share of about 15 million acre-feet of water the river was projected to take in annually from rainfall and snowmelt. Drought has cut that figure, and officials acknowledge the available supply today falls short of promised amounts.

Anne Castle, a former assistant Interior Department Interior secretary who spent years working on Colorado River issues and now heads a research program at the University of Colorado, called the decision that Jewell signed important for the West. She said revenue from power produced at the dam pay for endangered species, environmental management and reclamation programs.

In its press release, the House Committee on Natural Resources hammered the Administration for politicizing the dam to win Brownie Points with extreme green:

“The Obama administration is once again making long-term decisions before the clock runs out. Today’s announcement is not about balance. The plan creates undue imbalance that undermines hydropower generation at Glen Canyon Dam.

“Communities in seven states, including Utah, depend on this once low-cost and renewable resource but have been shortchanged by ignorant federal officials. This will have long-term negative impacts on an entire region that depends on federal hydropower for years to come.”

Obama’s ‘midnight rules-making’ marathon is unlikely to let up prior to the inauguration of President-elect Trump a month from now, so both Congress and the incoming Administration are expecting to have a lake of new rules, regulations and other executive actions to wade through, assess, and jettison if necessary. The Glen Canyon Dam management plan deserves scrutiny, and not unlike many last-ditch efforts to appease extreme greens and grab up lands in the West, may ultimately be scrubbed by the Trump DOI. It’s unlikely that 2 million yearly visitors–and the towns which depend on them–are going to roll over and watch their favorite water playground drain into the canyons of history. And millions in the southwest are going to continue to need lights, hot showers, cold beer, and the clean, renewable hydropower from Glen Canyon Dam that makes them all possible.