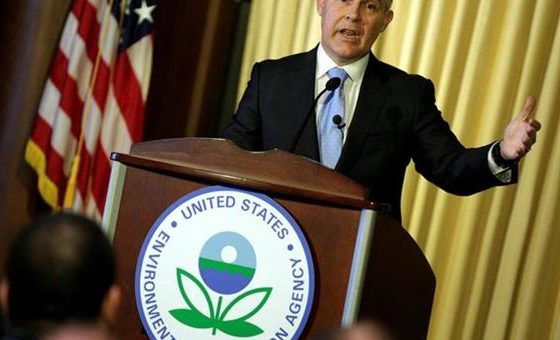 The New York Times’ hostility to industry gets worse every day.

Last week, the Times ran a big picture of a bay in Alaska with the headline “In Reversal, E.P.A. Eases Path for a Mine Near Alaska’s Bristol Bay.”

While this was just another of their stories about how Donald Trump will poison America, it caught my eye because of the big photo and because I once reported on that mine.

Attempted mine, I should say. No holes have been dug.

I reported on Pebble Mine because the EPA rejected the mine even before its environmental impact statement was submitted. The Obama EPA squashed Pebble like it squashed the Keystone XL pipeline. It just said no.

This shocked CEO Tom Collier. He’s a Democrat who managed environment policy for Al Gore and Bill Clinton. He was convinced Pebble could be developed safely and assumed EPA regulators would follow their own rules. They didn’t.

“They killed this project before any science was done, and there are memos that show that!” Collier complained.

I’m skeptical when sources say things like that, but in this case, there are documents that reveal collusion between the EPA and Pebble’s political opponents.

One of America’s richest environmental groups (they collect more than $10 million per month) is the Natural Resources Defense Council. Their website claims “Science empowers NRDC’s work,” but the NRDC is run by lawyers, not scientists, and many are anti-progress activists upset about “corporate greed.”

NRDC spokesman Bob Deans told me that the NRDC isn’t anti-progress — it just wants the “right” kind: “Wind turbines, solar panels … this is what the future needs.”

“But we also need copper and gold,” I said.

“Well, that’s right,” he replied. “But we have to weigh those risks.”

“Are there some mines where NRDC says, ‘Go ahead!’?” I asked.

After thinking for a while, he said, “It’s not up to us to greenlight mines.”

I asked, “Are there any you don’t complain about?”

Unfortunately, there’s a revolving door between groups like the NRDC and the EPA.

One NRDC activist who walked through that door was Nancy Stoner. EPA administrators aren’t supposed to conspire with former activist colleagues, but she did, telling them that she couldn’t coordinate with them directly but could meet with them so long as they communicated via other people and invited people besides her to meetings.

After her correspondence about that was revealed, Stoner left the EPA, but Pebble had already been rejected.

Now Trump’s in charge and his EPA says it will reevaluate the mine. Good. It should.

2008: “Mine would irreparably harm a centuries-old salmon fishing industry.”

Her Times articles are a litany of enviro-hysteria: “Mass Die-off of Whales”; “…Bring Coal’s Hidden Hazard to Light”; “How Lowering Crime Could Contribute to Global Warming.”

I’m not making this up.

Her last anti-Trump column was headlined: “23 Environmental Rules Rolled Back.” But the article lists only nine. Fourteen others were “under review” or in “limbo” — not rolled back.

Her Bristol Bay story claimed the proposed Pebble Mine was “on” Bristol Bay. But it isn’t. It’s more than 100 miles away.

When we asked Schlossberg about that, she replied, “I’m not going to comment on that. If you have a problem or a question, you can direct it to the standards editor.”

So we did, and to my surprise, the standards editor published a correction: “The mine is not on Bristol Bay itself.”

But he defended the Times’ headline saying “near Bristol Bay” because “it is in the watershed of Bristol Bay … (T)he mine could affect the fishery.”

Forget the anti-development phrase NIMBY (Not In My Backyard). Now it’s BANANA (Build Absolutely Nothing Anywhere Near Anybody).

The Schlossberg-Kennedys have hundreds of millions of dollars and already own 300 acres of waterfront property. They won’t be crushed by insane environmental restrictions.

You, however, may be.