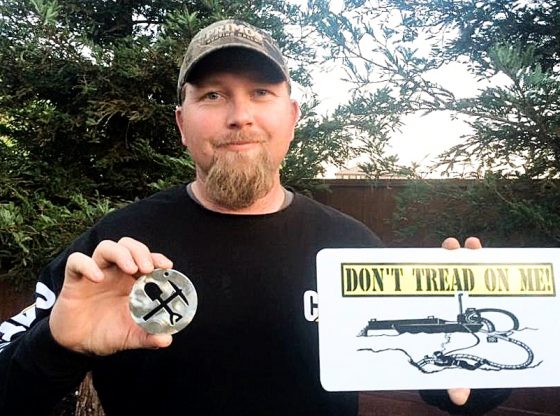 California gold miners are reeling from a Supreme Court of the United States refusal to hear the a high-profile case concerning a statewide suction dredge mining ban.

The five-year legal battle involves Brandon Rinehart, a California gold miner who was cited in 2012 for suction dredging without a permit on his own federal mining claim. Though the state required that Rinehart obtain a state permit, it refused to issue permits.

A suction dredge is a small floating platform with a gas-powered motor and suction hose designed to vacuum paydirt or ‘material’ from the bottom of a stream or river and move it through the hose to a sluice box on the platform above the surface where the gold is separated and deposited in a riffled tray.

Outraged over the Catch-22 situation, several mining rights groups backed Rinehart in his legal battle. After winning appeals in the lower courts, Rinehart’s case moved to the Supreme Court of California, which eventually ruled against Rinehart in a decision handed down Monday, Aug. 22, 2016.

The high-profile case caught the attention of Pacific Legal Foundation which backed Rinehart’s  petition to the Supreme Court of the United States.

The American Mining Rights Association, one of several mining groups that backed Rinehart in his court battle has vowed to continue the fight to end California’s dredging ban through other means.

AMRA President Shannon Poe said miners had been hopeful that the statewide dredging ban which they say clashes with federal mining law would finally be settled by SCOTUS.

But, when known environmentalist attorney Lane McFadden’s name resurfaced in the case as the co-author of a court brief, miners began to see the writing on the wall, Poe said.

Then, on Dec. 7, 2017, the U.S. Solicitor General’s office submitted an amicus curiae brief to the Supreme Court recommending that Rinehart’s petition be denied.

Poe was livid and reacted by sending a letter to Trump blasting Solicitor General Noel Francisco, alleging that one of the brief’s co-authors, Lane McFadden, is a “radical environmentalist attorney.”

“It’s not surprising to me given that Lane McFadden wrote an opinion on behalf of the Solicitor General for the Supreme Court not to hear the case,” Poe said in a phone interview. “McFadden has been fighting against suction dredge mining since the beginning of the Rinehart case. It’s unfortunate that McFadden wrote that brief on behalf of the Trump administration because I honestly don’t think President Trump feels that way. That’s why I wrote a letter to President Trump expressing our displeasure with having Lane McFadden infiltrate his administration.”

Poe said he has always known that Pacific Legal Foundation’s offer to petition the U.S. Supreme Court on Rinehart’s behalf was a long shot, but worth a try because of PLF’s legal track record in handling similar cases. According to Poe’s calculations, based on a study he conducted about two years ago, the percentage of cases actually heard by SCOTUS is about 3.2 percent of the petitions received.

Even with odds stacked against them and the dark foreshadowing of the unfavorable amicus cariae brief, it still came as a slap in the face to gold miners when news broke that the Supreme Court had rejected Rinehart’s case.

“It’s unfortunate,” Poe said. “It’s a property rights issue. It’s a mining rights issue. You’ve got Brandon Rinehart, a guy with a family who is out there trying to make money off his real property mining claim, and he’s a lone guy against the big, bad government, which is typically a very ripe case for SCOTUS. So, for them to decline to hear the case is really disheartening.”

Despite the deeply disappointing news, Poe urged miners to continue supporting the fight for mining rights, which hinge on federal preemption and the Mining Law of 1872. Federal preemption refers to the Supremacy Clause of the U.S. Constitution which states that federal law is the ‘supreme law of the land’ and preempts state laws.

“It really boils down to federal preemption,” Poe said “Can a state create a de facto ban or prohibition that interferes with federal law? It’s very similar to the sanctuary cities issue, where the states are ignoring federal law.”

Not only are there sanctuary cities, but California has recently declared itself a sanctuary state and has legalized the recreational use of marijuana in defiance of federal laws.

“At some point, you would think the Supreme Court would take on these cases to determine whether federal preemption is a valid argument or a valid law, or not,” Poe said.

Because the Mining Law of 1872 is a federal law, miners contend it should supersede any state law that bans suction dredge mining. Dredging is legal under federal law and in most states.

Though this isn’t the first time they’ve found themselves caught between a rock and hard place, gold miners will need to pursue different strategies if they hope to win battles against a growing and more radical environmental lobby, Poe said.

Lately, AMRA has stepped up its game and has been directing more of its attention to President Donald Trump, who is known for his pro-mining stance ever since his successful 2016 campaign.

Poe has been sending letters to the White House for several months asking for relief from overregulation and casting allegations of miners being bullied by the U.S. Forest Service, he said.

“Trump answered my letters in August,” Poe said. “That prompted a conference call with the head of the U.S. Forest Service over allegations I included in my letters to Trump. And, just recently we’ve seen a dramatic change in the attitude of the Forest Service, especially up in Idaho.”

More recently, Poe said he has received a letter from the head of the Bureau of Land Management in Washington, D.C. “In the letter, it states: ‘I have been instructed by President Trump to contact you on his behalf concerning the letters you have sent him … ’ So, we do have a line of communication with president Trump and it is getting results,” Poe said.

Though he refused to disclose further details of the letter, Poe said that he was encouraged by the response he has received from the Trump administration, and he as urged miners to write letters to Trump and his administration in the hopes of curbing what he calls ‘deep state tyranny.’

Rather than lobbying for specific legislation like other mining rights groups have done, AMRA’s first goal is to inform select committees of the U.S. Senate and House of Representatives on natural resources about the abuse miners have suffered at the heavy hand of out-of-control government agencies operating in the backcountry where miners live and work, Poe said.

“We’re not going there to lobby,” he said. “We’re going there to explain to lawmakers the reality of what is truly happening in this country. This is the jackboot of government grinding our faces in the mud.”

Poe panned Senate Bill 637, the most recent legislation that has extended the statewide ban on suction dredging, as nothing short of oppressive. The California state law also restricts other methods of gold prospecting and mining.

“Our voice needs to be heard and we’re going to do whatever it takes to make that happen … Something has to be done about these rogue states to bring relief … I mean they just don’t really care about federal law,” Poe said. “Good grief! It has gotten to the point now where you’ve got the California Department of Fish and Wildlife out there saying that if you drive your truck down to the river and you’ve got a gold pan that it’s aiding in the processing of material, and that it’s illegal under SB 637.”

AMRA is now weighing the options of  backing two other cases known in mining circles as the CEQA case and the Bohmker case. The latter involves Oregon gold miner Tom Bohmker, and is  is similar to the Rinehart case, except it was filed in federal court where it belongs, Poe said.

•The Karuk Tribe, Center for Biological Diversity, Environmental Law Foundation, Pacific Federation of Fisherman’s Associations and Friends of the River had alleged that the regulations adopted in March 2012 were not developed in accordance with the California Environmental Quality Act, fail to mitigate identified impacts and are inconsistent with existing state law. The case was filed April 3, 2012 in Alameda County Superior Court. However, in 2015, the state of California offered to pay $350,000 to this coalition of environmental groups to drop their lawsuit over the California Department of Fish & Wildlife’s 2012 suction dredge mining regulations. And, they did, sticking California taxpayers with the bill.

•Mining rights group Public Lands for the People also sued the state, alleging that the Subsequent Environmental Impact Report, which was based on reports from Horizon Water and Environment, a consulting firm based in Oakland, Calif., was improperly and unlawfully conducted and therefore rendered skewed, unscientific findings. PLP contends the 2012 dredging regulations were based on a deeply flawed environmental report that was based more on politics than science.

Though AMRA is not listed as plaintiff in the CEQA case, Poe is considering getting involved in a potential appeal or helping to fund one.

“I think AMRA going forward is going to throw all of our weight behind those two cases, in particular,” Poe said. “It looks like we will likely pursue that.”

Mining rights groups have recently received another indication that the White House is listening and responding to their plight in the form of an executive order signed by Trump on Dec. 20, 2017. The executive order directs Trump’s cabinet to devise “A Federal Strategy to Secure Reliable Supplies of Critical Minerals” used in the production of everything from smart phones to weaponry. The strategy is intended to reduce American reliance on critical minerals, most of which are currently imported.

Trump’s executive order came one day after the U.S. Geological Survey released its assessment of critical mineral resources, the first report since 1973.

The USGS began working on the “Critical Mineral Resources of the United States—Economic and Environmental Geology and Prospects for Future Supply” report  in 2013. The assessment concludes that 20 out of the 23 critical minerals which the U.S. needs are currently imported from China.

“The United States must not remain reliant on foreign competitors like Russia and China for the critical minerals needed to keep our economy strong and our country safe,” Trump said in a statement.

Brad Jones is a freelance writer based in Southern California. He can be reached at AmericanLibertyPost@gmail.com

“A Federal Strategy to Secure Reliable Supplies of Critical Minerals”