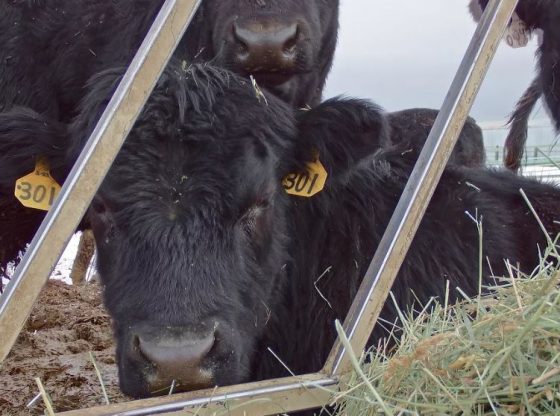 SRAP is the driving force behind many recent nuisance lawsuits that are working to devastate large family farms. They specialize in agitating community members, sowing seeds of discontent, offering pro-bono legal advice, and coalition development all under the seemingly innocent title of “community organizing”.

Originally published by Protect the Harvest

It is vitally important that farmers and ranchers become aware of an anti-agriculture group with a misleading name. The group, Socially Responsible Agricultural Project (SRAP), is closely tied to a number of radical animal rights groups and other non-governmental organizations (NGO’s). SRAP is the driving force behind many recent nuisance lawsuits that are working to devastate large family farms. They specialize in agitating community members, sowing seeds of discontent, offering pro-bono legal advice, and coalition development all under the seemingly innocent title of “community organizing”.

SRAP started as a small, local organization targeting large, modern farms. It was originally part of a larger organization called Global Resource Action Center for the Environment, SRAP’s co-founder is a man named William Weida. Weida had no agriculture experience at all and was in fact a professor at Colorado College in their Economics Department at the time. Fast forward to present day, the group has expanded to a national presence. Funding for the organization is a closely held secret. William Weida, SRAP’s co-founder, says “support comes from several sources that prefer to remain anonymous.”

Within the past few years, SRAP has inserted themselves into lawsuits across the country involving beef, pork, and dairy industries. Guided by former CEO Kendra Kimbirauskas, Executive Director Terry Spence, Director of Field Operations Danielle Diamond, and several others, the organization has come from humble beginnings to a becoming a major threat for farmers and ranchers throughout the nation.

Animal rights organizations often have a clever way of disguising their radical beliefs as “humane” or “logical”. The Socially Responsible Agricultural Project (SRAP) is no different, they lead people to believe that they are working towards a worthy cause – keeping our natural resources safe while protecting family owned farms. That is not their end goal, however. They gain support and garner donations with this cause, but by digging a little deeper we know they are pushing to end animal agriculture as we know it.

As we have mentioned in previous animal rights organization expose’s, the culture of the organization comes from the top down. So, by having high-level leadership aligned with and deeply connected to radical groups, we can assume the ideology of the entire organization is also aligned.
At first glance, their Board of Directors and staff boasts many so-called “industry experts”. However, with a closer look you can find ties to major animal rights and environmental extremist groups, like the Humane Society of the United States (HSUS) their legislative arm, Humane Legislative Fund (HLF), Sierra Club, and the ASPCA.

Below we review the leadership of Socially Responsible Agricultural Project and their ties to those groups, especially highlighting one person in particular, Joe Maxwell, who has a storied history of animal rights activism. Maxwell’s deep involvement with SRAP and other associated groups warrants a short review of him below as well.

SRAP Board Member John Ikerd is a professor who retired in 2000 (corrected by John Ikerd). He has been a speaker or panel member for many HSUS sponsored events throughout the country. In 2015, Ikerd and former Vice President of Rural Outreach for the Humane Society of the United States and Humane Legislative Fund Senior Political Director, Joe Maxwell, were both on the Board of Directors for the Jefferson County Farmers and Neighbors (JFAN) group. In 2014, John Ikerd was commissioned by the Food and Agriculture Organization of the United Nations to write the regional report “Family Farms of North America.” According to Ikerd’s comment on our Facebook post: “The greatest threat to animal agriculture is not SRAP, OCM, HSUS, ASPCA, or even PETA. The greatest threat to the future of animal agriculture is CAFOs”.

William Weida co-founded SRAP as a “food-oriented arm” of another organization called Global Resource Action Center for the Environment (GRACE). Previously, Weida had been the Executive Director of GRACE. Weida is a professor emeritus from Colorado College Department of Economics. William Weida also contributed to a report called State of the World 2008: Innovations for a Sustainable Economy. This report was put together by the organization World Watch Institute. Another noteworthy contributor of the report is Miyun Park, Park was formerly the Vice President of “Farm Animal Welfare” for the HSUS, and before that President of Compassion Over Killing and associated with PETA.
Link to State of the World 2008 report: file:///C:/Users/PTH/Downloads/StateOfWorld-2008.pdf