Ranching endangered by growing wolf population, not the other way around

Home /Extreme Greens, latest_news, Livestock/Ranching endangered by growing wolf population, not the other way around 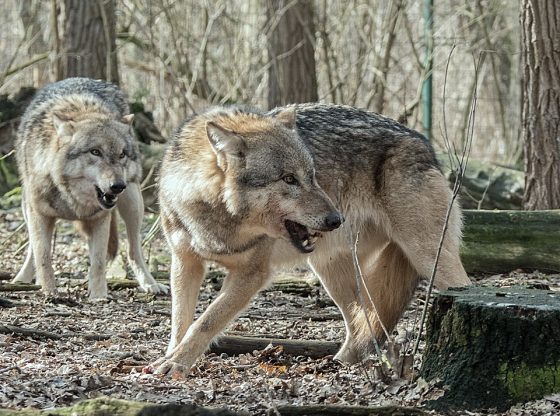 Managers in Oregon and Washington have struggled to come up with a plan to keep wolves under control. Washington even spent about $800,000 on a mediator to get various stakeholders — ranchers and environmentalists — together to talk about the problems wolves have created.

Here we go again. Since 1995 we at the Capital Press have been following the reintroduction of gray wolves in the West, starting with wildlife managers depositing 66 wolves from Canada in Yellowstone National Park and Idaho.

From the start, the wolves have thrived. Wildlife management officials were surprised at how quickly a few dozen wolves multiplied into hundreds. Not only that, they spread in all directions, showing up in Oregon, Washington state, Nevada, Montana, Wyoming and Utah.

Most recently, wolves have taken up residence in California. This was to be expected. Anyone who has witnessed their proliferation across the region knew it was just a matter of time before the predators found a home in sunny California.

Wildlife managers now have decades of experience managing the apex predators, and dealing with the problems they create for ranchers. They know wolves that become accustomed to killing cattle or sheep need to be eliminated from the wolfpack as soon as possible. They know that some wolfpacks will leave livestock alone — provided plenty of other food is available — but others will be a problem.

Witness the Profanity Peak wolfpack in Washington state. Wildlife managers killed seven members of the pack last year only to find that a former member may again be attacking calves this year as part of a new wolfpack.

Managers in Oregon and Washington have struggled to come up with a plan to keep wolves under control. Washington even spent about $800,000 on a mediator to get various stakeholders — ranchers and environmentalists — together to talk about the problems wolves have created.

All of which should have been instructive for the folks at the California Department of Fish and Wildlife. They took part in a recent a workshop for Northern California ranchers who face the prospect of losing livestock to their hungry new neighbors.

An unfortunate exchange occurred at that meeting, when CDFW wildlife program manager Karen Kovacs told ranchers they have to trust the department.

“Well, you don’t trust us,” was the response from some ranchers.

The department’s managers will soon find out that trust has to be earned. To withhold information from ranchers — whose livelihoods are at stake — makes no sense and only creates more problems.

CDFW sees itself as being in the middle of the wolf issue. Maybe. A more apt description is that ranchers are in the middle, trying to keep wolves from attacking their livestock.

Wildlife managers in Oregon and Idaho have learned to work with ranchers. Washington managers were a little slow on the uptake, but seem to be doing better at that.

California managers would do well to avoid the mistakes their colleagues made in those other states. They need to pick up the phone and ask them what they have learned the hard way.

They will find out that wolves are robust, smart and need no help from them. Wolves such as OR-7 trotted more than 600 miles from northeastern Oregon into Northern California and back into Oregon and found a mate, and he did it on his own.

There’s nothing a wildlife manager can do for wolves.

Ranchers and their livestock, on the other hand, need all of the protection they can get.