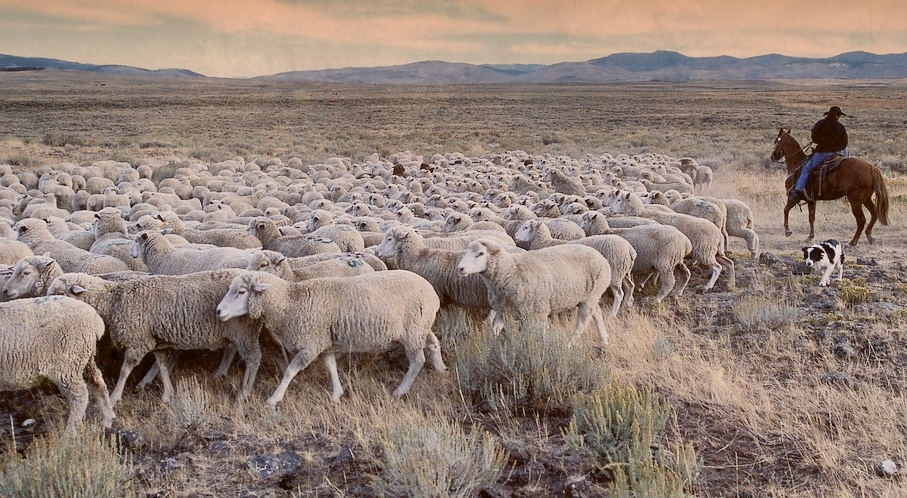 Decision on future of sheep grazing pushed back

The U.S. Forest Service has delayed its expected winter announcement on the future of domestic sheep grazing in the Weminuche Wilderness, and now expects a decision “in the next few months.”

The proposed decision opened a public comment period, which drew nearly 50 responses from those for and against using public lands for privately-held sheep grazing businesses.

Matt Janowiak, district ranger for the Columbine District in the San Juan Mountains, previously told The Durango Herald a final decision would be announced this winter.

However, Forest Service spokeswoman Ann Bond said Wednesday the Forest Service is still responding to public comments, and the final decision continues to be under internal review.

“We expect to release these documents to the public in the next few months,” Bond said. “At that time, a 45-day objection period will begin, whereby interested citizens and groups who have commented earlier during the analysis process will have an opportunity to comment further.”

In the 760-square-mile Weminuche Wilderness, the Forest Service proposed the continued use of six active grazing allotments, which total nearly 50,000 acres for about 5,600 permitted sheep.

According to the Environmental Assessment, the high country and alpine tundra that serves as summer range for domestic sheep was “generally in good condition,” and warranted the continued use of grazing.

The only sheep allotments analyzed in the Weminuche grazing study are held by former state Rep. J. Paul Brown and other members of his family.

Those challenging the grazing allotments contend that the impacts are downplayed in the environmental study, and point to the fact domestic sheep can transmit deadly diseases to native, wild bighorns.

To wrangle in all the conflicting views, Colorado Parks and Wildlife last fall formed a working group consisting of multiple stakeholders that meets quarterly to discuss the issues involved between domestic and wild sheep management.

“We want both species to thrive and will do so through collaboration and by relying on the best-available science to gain a better understanding of disease transmission, population dynamics, public land use and management boundaries,” said CPW spokeswoman Lauren Truitt.

Lawrence Lujan, a Forest Service spokesman based in Denver, said the group will help land managers be better informed on the matter as it pertains to domestic sheep grazing conflicts throughout Colorado.

“It’s a discussion that will help us view the other angles of this issue and help us make balanced future decisions,” he said.

In a separate but related project, Parks and Wildlife announced Thursday it would work with the Forest Service on a five-year study to better understand the reclusive bighorn sheep.

Starting March 13, a helicopter crew will locate and capture bighorns and tag them with a GPS collar. In this corner of the Weminuche Wilderness, there are only about 70 bighorns, but the crew hopes to tag at least 10 animals in two days.

“We don’t know a lot about how these bighorns use the landscape,” Brad Winmeister, a terrestrial biologist with Parks and Wildlife, said in a news release. “We know that it’s good habitat, but we’d like to get more information to help us with management plans.”

With the ability to track bighorn movement, researchers may be able to limit the animals’ interactions with domestic sheep. It’s Parks and Wildlife protocol to kill any bighorn sheep that comes in contact with domestic sheep to prevent disease transmission.

Last year, the agency killed six bighorns that came into contact with domestic grazing sheep in permit areas in other parts of the San Juan Mountains near Durango.