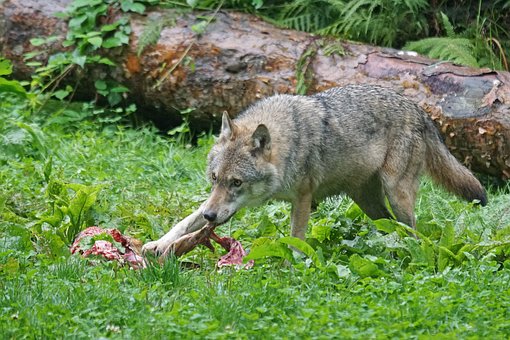 In many Oregon communities, county governments are hard up for cash, a decades-old fact of life arising from falling timber revenue, stagnant property values and a deep-seated aversion to local tax levies.

So locals are used to prioritizing services. Lincoln County Chair Terry Thompson recalls a time a few years back when a group of rural residents wanted to make their wishes known to the county board.

“We want good roads that we can travel on,” he recalled them saying, “and the trapper. The rest of the things are just for people in the cities.”

Twenty-six of Oregon’s 36 counties have a wildlife specialist – or trapper—who falls under the U.S. Department of Agriculture’s Animal and Plant Health Inspection Service. The Wildlife Services program is paid for through a cooperative cost-sharing agreement involving county, state and federal governments. It’s been that way for decades but, may that be about to change.

Gov. Kate Brown’s budget would cut $934,340 from the program in the next biennium, a move championed by environmental and conservation groups as a long-awaited rebuke of a program they contend needlessly kills thousands of animals each year. But rural Oregonians and ranchers see it as the tone-deaf response of political leaders far removed from the daily realities of a rural existence.

Brown said Salem’s diminished support wouldn’t stop trappers from doing their job. “The state is one of several entities that contributes to this federal program, which will continue to respond to concerns caused by bears, cougars, wolves, and others,” the governor’s spokesman, Bryan Hockaday, said in an email.

In the months since the spending plan was released, the federal agency has been in the spotlight for unintentionally killing a gray wolf with a cyanide trap in Wallowa County. The incident generated widespread criticism, prompting lawsuits and legislation by U.S. Rep Peter DeFazio to ban the controversial device.

But for tens of thousands of Oregonians, the obscure federal agency is being unfairly tarnished. It responds to nuisance and dangerous wildlife, they say, and it’s vital that the state holds up its end of the funding. Oregon’s general fund budget for the current biennium is more than $18 billion.

“If that’s taken away. it’s kind of like taking an arm and a leg off of the program,” said David Williams, who’s directed Wildlife Services in Oregon for more than 20 years. Williams points out Oregon law spells out the cooperative arrangement. “Appropriate measures must be taken to assist farmers, ranchers and others in resolving wildlife damage problems.”

Dan Dawson, whose 115-acre property east of Roseburg abuts a park where kids play, says he’s on the phone with them monthly, sometimes weekly. He says he doesn’t have the time or skills to track the cougars and coyotes that pick off his 1,250-head sheep herd year-round.

“If we don’t have three,” he said of the trappers, “it doesn’t do us any good to have any.”

Susan Roberts has lived all her 70 years in northeast Oregon’s Wallowa County, and says there’s a sense in the Willamette Valley that wildlife services are just “indiscriminate killers.”

“The beavers are cute and they’re kind of fun to watch,” she said, but when they become fond of certain areas “it complicates things.”

In Wallowa County, population 6,800, a portion of property tax bills pays for a trapper. Though that worker is shared other counties, having one was important enough for voters to approve the levy.

She views Brown’s plan as both onerous to local residents and punitive: “I understand we’re in a punishment phase for rural Oregon.”

Though Dawson has spent upward of $30,000 on fences, lights and other non-lethal protection, the Roseburg rancher says he loses anywhere from 30 to 100 sheep a year to coyotes, and another 20 to 25 to cougars and black bears. He depends on the wildlife specialists to diagnose what animal may be responsible. “Without them, all we’re doing is guessing,” he said.

In 2015, Dawson and fellow rancher Ron Hjort pushed Roseburg legislators to allow farmers to form a voluntary predator control district, where residents could opt in and pay an annual fee to trappers. The Legislature passed the bill.

The district is still being formed, and the annual fee participants will pay is uncertain. “We’re trying to fill that gap in,” he said.

But Dawson, who estimates the killings cost him at least $10,000 a year, is adamant that the coyotes, cougars and black bears “killing our personal property belong to the state of Oregon.

“It really shouldn’t be our responsibilities,” he said. “They’re the public’s animals.”

Coyotes are a key animal killed by Wildlife Services. Environmental and conservation groups contend that killing coyotes is counterproductive and actually leads to more coyotes reproducing.

The Audubon Society of Portland and other wildlife advocates applaud Brown’s proposed cut. “It is long past time that Oregon stopped investing in this program,” said Bob Sallinger, the nonprofit’s conservation director, noting the agency’s role in killing thousands of cormorants on East Sand Island in the mouth of the Columbia River.

Arran Robertson, a spokesman for Oregon Wild, said everyone should shoulder the cost-cutting given the state’s projected $1.6 billion budget revenue shortfall. He also believes there should be more information about its operations. “If we’re going to spend taxpayer money on an agency like this it should be more transparent and accountable to the public,” he said.

“The Department of Agriculture needs to get out of the wildlife-slaughter business,” Collette Adkins, a biologist and attorney with the nonprofit, said at the time. “Wolves, bears and other carnivores help keep the natural balance of their ecosystems. Our government kills off the predators, such as coyotes, and then kills off their prey — like prairie dogs — in an absurd, pointless cycle of violence.”

A male yearling from the Imnaha Pack pictured in 2013. A gray wolf was accidentally killed in Wallowa County earlier in 2017 by a M-44 device.Courtesy of ODFW

Many Oregonians might not have been aware of Wildlife Services before the death of a gray wolf known as OR48.

The 100-pound male member of the Shamrock Pack was killed Feb. 10 by a M-44, a spring-loaded contraption that shoots a capsule of chemicals into an animal’s mouth it tugs on scented bait. The federal agency typically uses M-44s to kill coyotes. Last year, 13,364 were killed in more than a dozen states. In Oregon, the devices claimed 121 coyotes and three red foxes in 2016, agency data show.

But the wolf’s death outraged environmental groups and was upsetting to members of the state fish and wildlife department.

Weeks later, 14-year-old Canyon Mansfield was walking his dog, Casey, on a hillside near their Pocatello, Idaho, home when they encountered an M-44. Casey was killed and the boy was sprayed with a white substance, according to police reports. The boy subsequently experienced headaches, nausea and numbness, according to the Idaho State Journal.

On March 30, DeFazio reintroduced a bill to ban M-44s. “I have been trying to ban the indiscriminate use of lethal devices and poisons like Compound 1080 and the chemicals used in M-44 devices for decades, even as a Lane County Commissioner,” he said in a statement. “The use of these deadly toxins by Wildlife Services has led to countless deaths of family pets and innocent animals and injuries to humans. It is only a matter of time before they kill someone.”

On March 31, the federal government said it would stop using M-44s in six eastern Oregon counties at the request of state fish and wildlife officials.

Williams, the Oregon agency director, said the wolf’s death was the only unintentional kill tied to the M-44 in the state in five years. The agency respected the state’s request to stop using the trap, but doing so “makes our job incredibly hard.”

Roberts, the Wallowa County chair, was pragmatic. “People drive down the freeway, and they wreck and kill themselves,” she said. “It’s not somebody else’s fault. These things are part of life.”

Conflicts with wildlife aren’t contained to 26 Oregon counties. Williams said the others also have issues, but can’t afford the expense. “They can barely hold onto that they have now.”

State wildlife officials say they will occasionally respond and trap and kill big game – typically cougars or bears — in counties where there are no trappers if there is a public safety concern or livestock damage.

“We can, but we don’t have in many cases the staff to be able to do that,” said Doug Cottam, the state’s wildlife division administrator.

Though Oregonians can legally hunt cougars and bears, they are protected. Wildlife services has the necessary permits to respond to public safety concerns or property damage. “You can’t just go out and shoot them” he said.

While governments battle revenue woes, timber companies can afford to pay to trap or kill bears that damage their crops. Since 2014, some 621 black bears were killed by the federal agency, much of that in Southwest Oregon.

Sara Duncan, director of public affairs with the Oregon Forest & Industries Council, said black bears caused $16.4 million to timber crops in 2014 alone. She noted that the animals, with an estimated population of 25,000 to 30,000 in the state, are much more likely to be killed by legal hunting than for damaging timber.

For other services, Williams said, counties provide most funds. Last year, the federal government provided $955,687 for operations in Oregon, and the state’s share was $539,944. Counties contributed $1.3 million, Williams said.

If the state’s funding is cut as projected, Williams said the agency may have to cut agents. Those employees, many of whom have worked in the same cities or counties for decades, are difficult to replace because their skills and knowledge of the regions are “earned over years.

The Oregon Cattleman Association, which represents more than 2,000 ranchers across the state, will continue lobbying to restore some funding.

Jerome Rosa, the group’s executive director, said the program’s benefits are clear. “What is a problem on private land one minute is something that may be a problem on public land the next minute,” he said.

But he’s unsure if the lobbying will be successful. “My crystal ball is just as foggy as everybody else’s right now.”