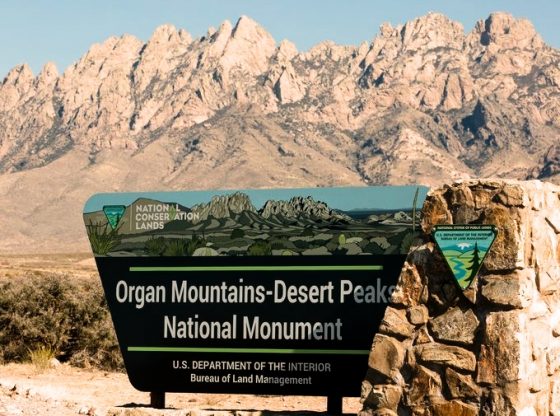 Pearce last week urged Interior Secretary Ryan Zinke to reduce the outline of the monument from 775 square miles to about 95 square miles and hopes to accompany Zinke on a promised visit to New Mexico in coming weeks.

SANTA FE – Desert ranchers in New Mexico are hoping the new GOP administration in Washington will dramatically shrink a recently designated national monument in the south of the state where outlaw Billy the Kid and Apache leader Geronimo once sought refuge.

The Organ Mountains-Desert Peaks National Monument is among 27 monuments where a review ordered by President Donald Trump might remove protections previously considered irreversible.

The review is rekindling a fierce debate about oversight of lands marked by ancient petroglyphs and towering mountain spires. President Barack Obama designated the monument in 2014, emphasizing the need to preserve the area’s unique past, and ensure opportunities for outdoor recreation and hunting.

Cattle-grazing has continued undiminished within the monument boundaries, but many ranchers fear that gradual limitations might eventually drive them out, said Tom Mobley, who operates a ranch with about 150 cattle under a federal grazing permit within the monument.

A leading voice in a coalition that resisted the monument designation, Mobley believes Obama failed to comply with the federal Antiquities Act by focusing on an overarching area rather than specific objects of historical and scientific interest.

U.S. Rep. Steve Pearce has called the monument on the outskirts of Las Cruces just one example of federal interference with a struggling rural economy.

While mulling a possible run for governor in 2018, Pearce has jumped back into a yearslong effort to limit any new wilderness or monument designation at the jagged Organ Mountains and nearby lands overseen by the Bureau of Land Management.

“The local population said protect, but also don’t overreach,” said Pearce, the lone Republican lawmaker among New Mexico’s five-member delegation to Washington. “The economy in our rural western states is just choked down by the federal government.”

Pearce last week urged Interior Secretary Ryan Zinke to reduce the outline of the monument from 775 square miles to about 95 square miles and hopes to accompany Zinke on a promised visit to New Mexico in coming weeks.