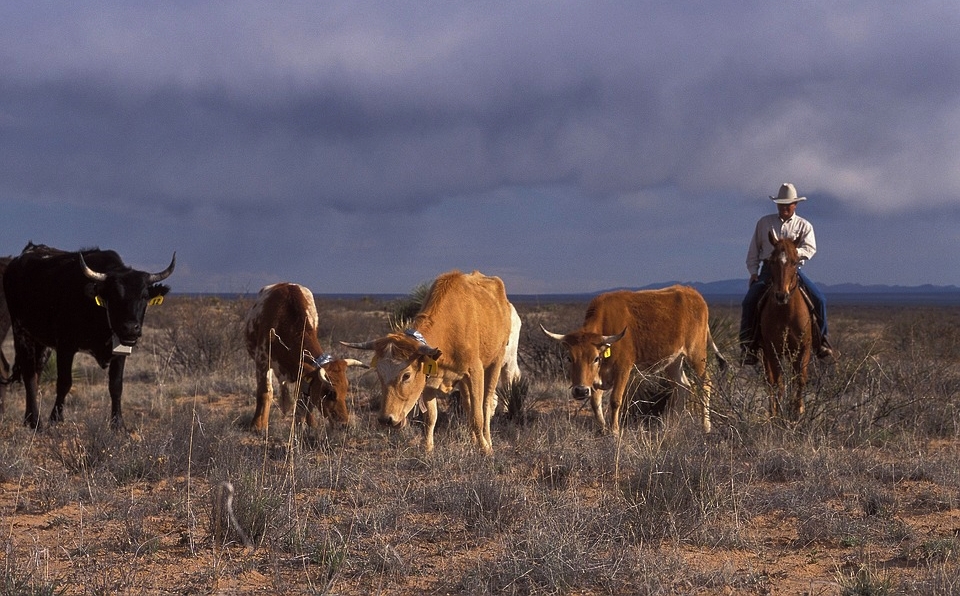 The signing of a recent executive order by the president is giving ranchers hope that the administration is taking steps to reverse what some consider governmental land-grabs throughout history.

“The Antiquities Act does not give the federal government unlimited power to lock up millions of acres of land and water, and it’s time we ended this abusive practice,” said President Trump at the signing.

“That’s why today I am signing this order and directing Secretary Zinke to end the abuses and return control to the people–the people of Utah, the people of all of the states, the people of the United States,” Trump further declared.

The Antiquities Act of 1906 grants the President of the United States the authority, through a presidential proclamation, to create national monuments on public lands. The executive order asks the Department of Interior to review monument designations made under the Antiquities Act since 1996 that include 100,000 acres or more. To date, more than 80 natural areas have been set aside as park or preservation lands, including nearly 137 million acres of public lands.

“The Antiquities Act was meant to preserve objects of antiquity–sites, objects, not thousands of acres of sagebrush grassland,” said Dr. Angus McIntosh, the executive director of the Range Allotment Owner’s Association. The association represents the 22,000 ranchers who graze on public land allotments, many of whom have been impacted when a monument designation restricted or cut off their grazing rights completely.

“The attempt to propose designations by these federal bureaucrats has excluded cattle from grazing allotments, closed roads and launched a full-out assault on private landowner rights,” said McIntosh.

The National Cattlemen’s Beef Association believes that this a good first step but that more legislation is needed for states to gain control over monument designations in the future.

In a press release, NCBA President Craig Uden said, “The Executive Order is an important first step to reining in past designations that were pushed through without local input. However, in order to bring the Act back to its original intent, Congress must act. Senator Murkowski’s bill S. 33 Improved National Monument Designation Process Act would require Congressional approval of new designation, taking power away from the Administration and placing back into the hands of those most impacted.”

Ethan Lane, Executive Director of the Public Lands Council agrees that the order is a measured first step in a political process that has been needed all along. “One of the most important aspects of this is that the president has asked Secretary Zinke to come back to him with congressional recommendations. What President Trump has said is ‘Give me some ideas on how to fix it.’–that is incredibly refreshing.”

While many of those impacted by previous monument designations may be hoping that the executive order means that those monument designations will be quickly rescinded, Lane says that the review process will take some time and patience along the way. Staffing issues, such as a new director of the BLM, must be addressed before the review process can begin.

“We believe that the monuments can be rescinded but there is some legal debate about that,” said Lane. “Changing the boundaries of the monument designations may be simpler. You can still protect Bear’s Ears with out taking a million acres around it.”

“There needs to be a review and report to congress on the prior rights that exist on these lands on why these designations should not be allowed to stand.”

The news that rights are being put back into the hands of the states and the people residing in them gives western ranchers, who feel like they have been fighting a losing battle, hope that things can turn around in the future.

David Johnson, an Arizona rancher who has had his share of struggles dealing with the federal land management system, believes things may be finally turning in private landowners favor.

Several years ago, Johnson lost his job when a federal park expansion cancelled the 200 head grazing permit of his employer. In more recent years, Johnson has watched federal land expansion swallow more and more land where he ranches in an area called the “Arizona strip.”

While they do have hope for the future, the relationship between federal land employees and local private landowners has been strained for so long it will take a change in the attitude of the entire system to improve the existing climate.

“There is a difference between policing the land and managing the land. Federal employees have stopped people here and held them at gunpoint until they can get a law enforcement officer to write a ticket,” said Johnson. It’s left many with bitter taste that they have a hard time forgetting.

Still, the recent executive order is giving Johnson and other ranchers a reason to believe that their voices may finally be heard.

“The ones making the decisions are not from this area. None of us has had any say in what happens. Maybe things can start going in the other direction now.”