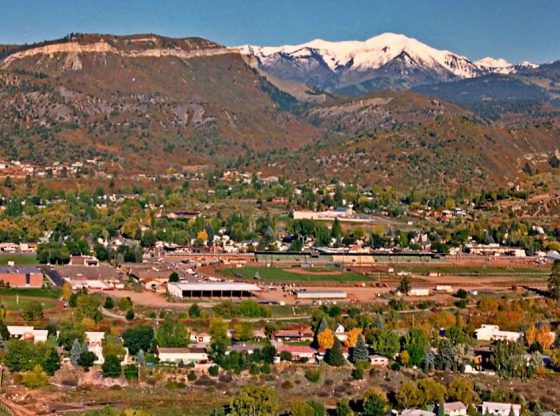 With county officials centralizing power into their own hands, castigating locals for non-existent offenses, and taking long vacations while collecting fat government paychecks, perhaps La Plata County would be better off if all its commissioners would ride e-bikes to Playa Del Carmen, or Disney World, for an extended vacation.

The embattled commissioners of La Plata County, Colorado continue to make missteps that are not bridging, but widening the rift between themselves and the people of the county. As we reported on February 11, the commission is proceeding with a new centralized zoning plan for the county that would eliminate its 12 citizen-led land use planning districts, silencing the voices of residents and handing all power to the commission when it comes to land use, development, and related local ordinances.

On February 4, Jason Meininger, the La Plata County Planning Director announced his resignation. Meininger has been deeply involved with the controversial and unpopular county zoning plan. According to an article in the Durango Herald, he tendered his resignation so he could start his own business. He is quoted:

“I didn’t want to leave things in disarray,” he said. “But the last several months we’ve built a solid tempo of success, and honestly, I believe that can continue going forward.”

Folks from both sides of the political aisle have been angered by the county zoning initiative and its less-than-transparent planning processes. Early in December of last year, a group of over 100 citizens, mostly from rural areas and the agriculture community, attended a county meeting to oppose the centralized zoning plan. According to a Durango Herald article of December 4:

Rural residents and members of the agricultural community in La Plata County who came out in full force Tuesday spoke out against the prospect of county-wide zoning, which they say would take away their property rights and devalue their land.

•Landowners of La Plata Inc. (LOLP) was formed to develop solutions specifically related to land use issues. In partnership with Stillwater Technical Solutions (STS), LOLP produced a report called “Evaluation of County Regulatory Processes and Recommendations for Land Use Planning and Government Reform.” That report was delivered to the county commissioners on October 9, 2018. LOLP has also had several high-level meetings in Washington D.C., including one with Colorado Congressman Scott Tipton.

Early in February the county again drew the ire of locals when the commissioners penned an open letter accusing activists who were holding meetings related to the zoning plan, including some from the groups listed above, of impersonating county officials. The Durango Herald article, published on February 5 says:

La Plata County has encouraged public participation in its effort to update district plans, but some residents are going out of bounds, representing themselves as county employees and creating confusion among people who may not know better.

“We say to people, help us out with (the district plan update),” said Jim Tencza, chairman of the La Plata County Planning Commission, the body leading the update. “But some take more ownership than they’re entitled to.”

It may be that the commissioners, who failed to provide evidence that anyone falsely presented themselves as working for the county, are dismayed by the effectiveness of dissenting groups. But whatever the commissioners’ motives, La Plata residents, who were insulted by the insinuation, showed up in force at the county commission meeting following the letter’s release.

“Confusing” statements apparently led the commissioners to assume people engaged with the planning districts were misrepresenting themselves. And one of the 12 planning districts seems to have been the victim of such hearsay. The Durango Herald published another article on February 7, stating:

The county commissioners’ letter does not directly name a group or person as improperly representing itself as a county employee.

In the Herald article, published earlier this week, Planning Commission Chairman Jim Tencza mentioned Florida Mesa as having the issue, as well as having competing groups weighing in on the district plan.

“We have never, ever represented ourselves … as county staff,” Riess said.

Tencza said it is true Florida Mesa has two groups with conflicting ideas on the district, but that he wanted to clarify he has not personally seen people representing themselves as county staff in that district.

It was recently reported that Jason Meininger, the La Plata County Planning Director, who resigned so he could “start his own business,” was caught misappropriating government funds. On February 14 the Durango Herald reported:

Meininger, contacted Wednesday, said the purchase of the e-bike and subsequent concern from county staff had no influence on his decision to resign. He said that at the time he bought the e-bike, he believed he was following county protocol.

“Looking back at it, the existing policy is not clear,” Meininger said. “I thought I was … operating in the best interest of the county.”

Meininger purchased the Super Commuter+ 7 e-bike in November from 2nd Avenue Sports in Durango for $3,791.

Because county offices are spread throughout Durango, Meininger said he thought the bike was a good purchase that would save the county money on gas and time, as well as allow employees some exercise.

Beyond the unpopularity of the commission, and its growing list of foibles, the latest news illustrates the deepening rift between the commissioners and the people of La Plata County. Democrat La Plata County Commissioner, Clyde Church, was elected last November, but can’t even bring himself to stay in town long enough to attend county meetings. On February 21 the Durango Herald reported:

Since taking office in January, La Plata County Commissioner Clyde Church has not missed a single meeting or vote. On paper, one would never know the newly elected commissioner has spent most of that time vacationing on a beach in Mexico.

Church, a Democrat, was sworn into office Jan. 8 after beating Republican incumbent Brad Blake by 23 votes in the November election.

After a couple of weeks as commissioner, Church left for vacation Jan. 25 and is expected to return Monday. If he does, it will be a 31-day absence.

During that time, Church participated in every county meeting through teleconference. He has also continued to collect payments on his $100,000 annual salary.

The all-Democrat La Plata County Commission seems to be at odds with the rural residents of the county, who have historically had a great deal of say in land use planning and other issues that impact their rights and property values. With county officials centralizing power into their own hands, castigating locals for non-existent offenses, and taking long vacations while collecting fat government paychecks, perhaps La Plata County would be better off if all its commissioners would ride e-bikes to Playa Del Carmen, or Disney World, for an extended vacation.