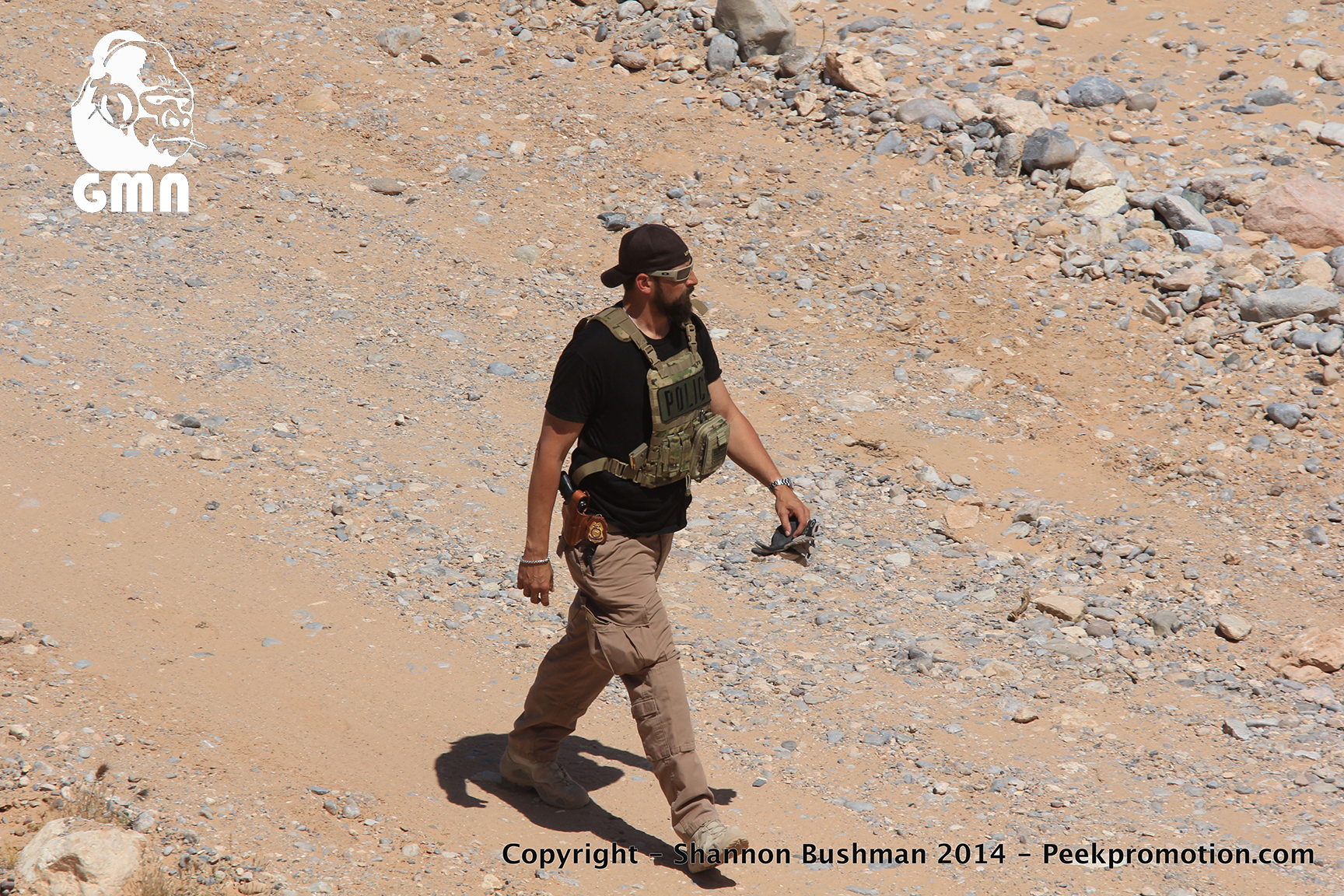 Although the firing comes as no surprise to those who have followed reports of Love’s overreaching, corrupt, and often criminal conduct during his years at the BLM, the timing couldn’t be worse for federal prosecutors preparing for the third trial of Bundy Ranch defendants, next month.

Dan Love, the Bureau of Land Management (BLM) law enforcement officer who directed federal operations on Cliven Bundy’s southern Nevada cattle ranch in April of 2014, has been booted from the agency. The BLM, at this time, is not providing specific details about the matter. Although the firing comes as no surprise to those who have followed reports of Love’s overreaching, corrupt, and often criminal conduct during his years at the BLM, the timing couldn’t be worse for federal prosecutors preparing for the third trial of Bundy Ranch defendants, next month.

Love’s history as a Special Agent with the BLM goes back several years, as do reports of his apparent willingness to push ethical boundaries. In 2009 and 2010, several men targeted by Love during Operation Cerberus Action (2007-2009), a federal ‘Native American antiquities’ sting, committed suicide. Love was the Special Agent in charge of Operation Cerberus. The family of Dr. James Redd, a beloved local physician in Blanding, Utah, who took his own life after Love directed a raid on his home and a brutal, day-long interrogation of him, believes the BLM agent was directly responsible for his death. Redd’s widow sued the federal government, naming Love specifically, for the ‘wrongful death’ of her husband. Although the case was dismissed in district court and subsequently in the appellate court in Denver, many shocking details about Love’s behavior during and after the raids were revealed in court documents. Nevertheless, following the terrible aftermath of Operation Cerberus, the BLM named Love “Special Agent of the Year, 2009.”

Despite numerous complaints from Utah law enforcement officials about Love, not only did he remain employed with the BLM, by 2014 he had been promoted to BLM head of law enforcement for Utah and Nevada.

Echoing the disproportionate show of militaristic force used in Operation Cerberus, Love directed the federal raid on Cliven Bundy’s Nevada ranch in April of 2014, during which a small army of agents, dressed in body armor and carrying automatic weapons, swarmed the property in SWAT vans and dozens of armored vehicles. The failed attempt to remove Bundy’s cattle from his BLM grazing allotments was a black eye to the federal government, but Love continued to serve in his position.

Love supervised BLM law enforcement at the 2015 Burning Man event, and according to the Deseret News;  “(was) accused of using his position to secure preferential treatment for his family during the 2015 Burning Man event in Nevada, including using federal law enforcement officers as personal escorts for their safety, using his BLM vehicle to transport his girlfriend and allowing her to share overnight BLM lodging with him.”

It was recently reported that during the years Love served as head of BLM law enforcement for Utah and Nevada, he was stealing federal artifacts and distributing them to co-workers and other associates. Apparently the geological oddities, known as ‘moqui marbles,’ were quite valuable and were removed from evidence by subordinate BLM employees at Love’s command. In the BLM Office of Inspector General’s (OIG) report about the ongoing investigation into Love, it was also revealed that he had bullied and intimidated subordinates, and ordered the destruction of federal records. As we reported, “In violation of Federal Information Security Policy and DOI Rules of Behavior, Love, on several occasions, ordered subordinates to delete emails which were part of an official document request related to an employment matter.”  Those emails were part of a records request from Congressman Jason Chaffetz, Chairman of the House Committee on Oversight and Government Reform.  The full OIG’s report about Love’s misconduct can be viewed here.

On September 18, Rob Bishop, Chairman of the House Committee on Natural Resources, said this about Love’s firing:

“The previous administration turned a blind eye to corruption and promoted a culture of mismanagement at the Department of the Interior. I applaud Interior for taking a strong stand and reasserting the basic principle that there are consequences for federal employees who blatantly disregard the law and steamroll elected officials and public trust. Love’s exit is welcome.”

As the initial phase of the Bundy Ranch trial was getting started last February, AZ Central reported about the effect the ongoing internal probe of Love was having on the prosecution. According to the article:

An investigation accusing a federal agent of misconduct and ethics violations could derail one of the most high-profile land-use trials in modern Western history.

Jury selection is scheduled to start in a Las Vegas federal courtroom Monday for a series of trials in which 17 cattle ranchers and self-styled militia members face charges for their roles in the 2014 Bundy Ranch standoff against Bureau of Land Management officials.

But a Jan. 30 report by the Department of Interior’s Office of the Inspector General appears to raise serious questions about the BLM special agent in charge of operations during the standoff, who is expected to be a key witness for the government in the case.

The report, which does not identify the agent by name, cites ethical violations that occurred in 2015 at the annual Burning Man event in Northern Nevada’s Black Rock Desert.

Lawyers representing Bundy Ranch defendants say the report offers enough details to positively identify the agent as Dan Love, the BLM special agent in charge of Utah and Nevada between 2012 and 2015.

Now that Love’s identity has been confirmed, and he has been ousted from the BLM, the stakes couldn’t be higher for federal prosecutors gearing up for the third Bundy Ranch trial. Last March, the first trial, cited above, ended in a mistrial for most defendants. Only two individuals were convicted, and one of them, Greg Burleson, acted as an FBI informant during the investigation of the April 2014 showdown. Todd Engel was also found guilty on 2 counts including obstruction of justice. The retrial of the remaining defendants ended in August, with all but 2 being acquitted. Of those 2 defendants, the jury deadlocked on only a few charges. Eric Parker and Scott Drexler are scheduled to be tried a third time on assault and weapons charges next month, during which members of the Bundy Family, and Cliven himself, will also be tried.

Idaho lawmakers recently issued a letter to U.S. Attorney General Jeff Sessions, asking him to direct the Justice Department to drop the remaining charges against those Bundy Ranch defendants from their state, including Ammon Bundy, Todd Engel, Scott Drexler and Eric Parker. The letter was signed by about one-third of Idaho’s state legislators, and says:

“We believe that the decision by the current U.S. Attorney of Nevada to prosecute these men a third time represents disrespect for the rule of law and the jury system. A third trial would show blatant disregard for tax funds collected from hard-working and law-abiding citizens who are represented by these juries whom have found them innocent of the 34 of the 40 charges and hung by the very slimmest of margins in those where the jury stood deadlocked. The decision of 10-2 to acquit in the first trial and 11-1 to acquit in the second trial highlights the narrow margin by which the prosecution hopes to continue their attack.”

In light of the prosecution’s inability to get the convictions they want of those who went to the Bunkerville in April of 2014, and the growing pressure on the Justice Department to drop some charges altogether, the firing of Dan Love surely weakens the feds’ already teetering case.