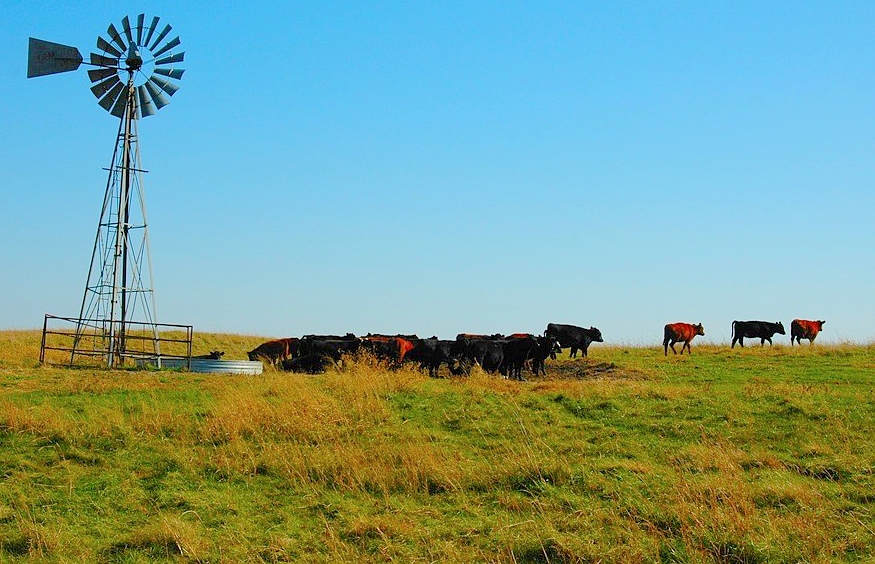 National Cattlemen’s Beef Association appears to have supported USDA’s recent ruling to allow possible foot-and-mouth disease-infected South American beef to be brought into our domestic markets. NCBA is also fighting the new GIPSA rules that would end predatory market practices that are driving independent cattle producers out of business and off the land. Since NCBA has been administering the lion’s share of beef checkoff funds, the U.S. has lost nearly half of its cattle producers.

The following press release was issued on March 31 after officials within the U.S. Department of Agriculture refused to respond to a request from the Organization for Competitive Markets (OCM), to reveal how it has been spending money paid by cattle producers to the agency’s mandatory Beef Checkoff Program.

Although reforms are being formulated in Congress at this time, years of government/private cronyism seem to be at the center of the USDA’s baffling lack of transparency in this case. The nature of agency’s relationship with the National Cattlemen’s Beef Association (NCBA) appears to be problematic, since that association is largely in control of how Beef Checkoff Program funds are disbursed. And independent cattlemen are possibly being cheated, and in some cases driven out of business, by practices which the USDA is taking extreme measures to hide.

LINCOLN, NE – March 31, 2017 was the USDA’s court-ordered deadline to choose transparency or secrecy in a lawsuit over records from an audit initiated in 2011 of the federal Beef Checkoff Program. It chose secrecy. Out of a total of 12,341 pages of financial records from the audit and sought by the Organization for Competitive Markets (OCM) through the Freedom of Information Act, USDA released less than 175 pages, most of which are already public tax forms. The remaining nearly 12,200 pages of checkoff-related records, however, were completely blacked out—USDA is claiming they are confidential. The bottom line is that USDA is withholding a staggering 98.5% of federal Beef Checkoff Program spending records from the cattle producers who are required to pay into the government program.

The lawsuit is part of OCM’s four-year battle on behalf of cattle producers to force the USDA to release government audit documents and financial records showing how cattle producers’ beef checkoff funds are being spent. The National Cattlemen’s Beef Association (NCBA)—the primary spender of checkoff funds—has been fighting to keep the information hidden. USDA appears committed to helping NCBA conceal checkoff records, rather than assuring transparency for the producers it is supposed to be accountable to. NCBA entered the case last year after learning that financial ledgers relating to checkoff funds were among the records OCM was seeking to make transparent.

Among the reasons USDA is giving for its claim of confidentiality is that if the records are disclosed, other organizations could underbid NCBA for checkoff contracts, insinuating that NCBA is not giving producers the best bargain for their checkoff dollars.

OCM President Mike Weaver stated: “NCBA knows it has had its hand in the cattle producers’ cookie jar, and is fighting to keep it there while denying the hard-working cattle producers who pay into the Beef Checkoff Program the truth about how it is spending their tax dollars. What is just as alarming is the fact our U.S. government refuses to release government documents related to a government audit report on how our money is being spent.”

OCM will continue to battle for full disclosure of the audit and financial records in its effort to bring long-overdue transparency and accountability to the checkoff programs. While the USDA continues to hide Beef Checkoff Program abuses in court, the U.S. Congress last week took meaningful action toward curbing those abuses by reintroducing bipartisan checkoff program reform legislation in both the House of Representatives and the Senate.

Weaver stated: “If funneling checkoff funds through an intermediary, like NCBA, is all it takes to conceal checkoff-funded activity, there is no way to guard against lobbying, anti-competitive activity, or even something as fundamental as fiscal waste. It has never been clearer that we need Congress to pass meaningful checkoff program reform legislation.”

While USDA and NCBA continue to try to cover up checkoff program misconduct, OCM intends to challenge the refusal to disclose records for what is supposed to be a government program accountable to the farmers who fund it. OCM’s challenge will include both the refusal to release the checkoff financial records and the audit records that USDA has also refused to disclose.

OCM’s fight to get to the truth about Beef Checkoff Program spending began in 2010, after a small independent audit uncovered more than $200,000 in wrongdoing by the NCBA. With this evidence, OCM, along with others, pressured the Office of Inspector General (OIG) for the USDA to audit the Beef Checkoff Program.

OIG conducted a full audit of the Beef Checkoff Program in 2011. Despite the previous independent audit evidence to the contrary, OIG’s 2014 initial audit report made no claims against NCBA’s management of the beef checkoff funds, and contained a statement that NCBA’s administration of the beef checkoff funds was in full compliance. A USDA email from 2013 establishes that the audit had turned up issues that would give USDA “heartburn,” but these issues appear to have been scrubbed from the final audit report. Further, a central finding of an early draft audit report by OIG determined that as much as 25% of checkoff funds were “vulnerable to misuse” and that producers lack assurance that the Beef Board could protect those funds.

After claims of whitewashing by OCM and other farm organizations, the initial audit report was withdrawn and in 2014 was re-released without the NCBA exoneration claim. In November of 2014, OCM filed a complaint for injunctive relief, demanding the OIG release all required records related to a 2013 Freedom of Information Act (FOIA) request regarding beef checkoff audit reports.

There is evidence NCBA used beef checkoff funds to grow and develop its organization and its influence on policy, a clear conflict of interest. Through the advancement of its policies, NCBA has almost single-handedly destroyed the cattle price. NCBA lobbied to abolish Country of Origin Labeling on behalf of packers so cheap imported South American beef could be co-mingled with U.S. beef. NCBA appears to have supported USDA’s recent ruling to allow possible foot-and-mouth disease-infected South American beef to be brought into our domestic markets. NCBA is also fighting the new GIPSA rules that would end predatory market practices that are driving independent cattle producers out of business and off the land. Since NCBA has been administering the lion’s share of beef checkoff funds, the U.S. has lost nearly half of its cattle producers.