Home /latest_news, Run Amok/Jeanette Finicum to sue feds for killing of LaVoy one year ago 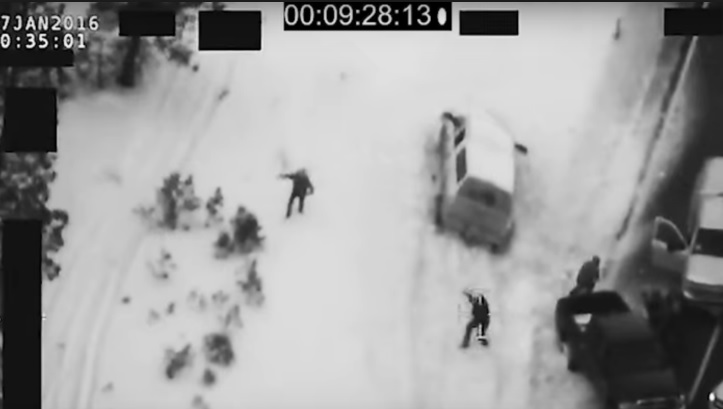 The suit will allege that the FBI fired at Finicum “when he’s getting out of his car to surrender,” Claypool said. “What’s critical is he’s not even out of his door and there are gunshots blowing through his windows. That’s excessive force 101.”

A federal civil rights lawsuit in the death of Robert “LaVoy” Finicum will allege that Oregon State Police and the FBI used excessive force in a confrontation that could have ended peacefully, the Finicum family’s lawyer says.

The family also will contend that improper police procedures and lack of communication between state police and FBI agents at the scene contributed to Finicum’s shooting death, said attorney Brian Claypool.

The Jan. 26, 2016 police stop of Finicum, 54, a leader of the Malheur National Wildlife Refuge occupation, was an “unnecessary escalation,” Claypool said.

Finicum, a rancher from Canes Bed, Arizona, raced away from a police stop on U.S. 395 as he was on his way to a community meeting in John Day. He crashed into the side of a snowbank to avoid a police roadblock.

The suit will allege that the FBI fired at Finicum “when he’s getting out of his car to surrender,” Claypool said. “What’s critical is he’s not even out of his door and there are gunshots blowing through his windows. That’s excessive force 101.”

The FBI shots didn’t strike Finicum. Two state troopers moments later fired shots at Finicum as police said he reached at least twice into the inside of his jacket to grab for his loaded handgun. He died from three shots to the back.

The attorney must send one more notice – to the FBI — before the wrongful death suit can be filed in federal court, he said. He expects to do so by Friday or early next week. He already has filed a notice of the family’s intent to sue with state police. Once the FBI notice is denied as anticipated, the family can move forward with the suit, he said.

The lawsuit will likely ask for about $5 million in damages for Finicum’s widow and each of their 12 children, Claypool said.

“Mr. Finicum repeatedly and knowingly made choices that put him in this situation,” said Harney County District Attorney Tim Colahan last March. “It was not the outcome that any of us wanted but one he, alone, is responsible for.”