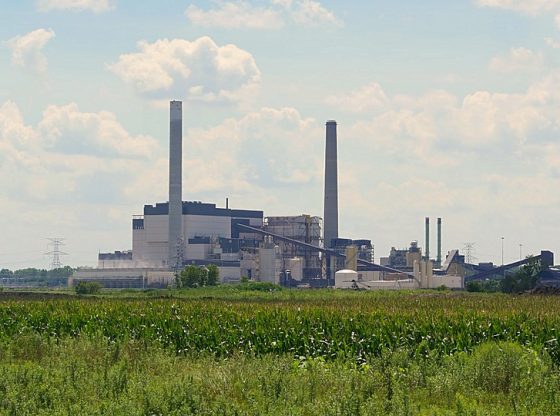 With an astonishing price tag of $1.28 Trillion, the Paris Climate Accord put America’s interests last, and would have given known polluting nations, such as China and India, unfair economic advantages, with little accountability for green house gas emissions.

On Thursday, June 1, President Trump retracted the United States’ participation in the Paris Climate Accord. Enforcement of the pact would have had virtually no impact on ‘global warming,’  but would have decimated many sectors of America’s domestic industry, especially coal extraction, and coal-fired power plants. With an astonishing price tag of $1.28 to $3 trillion, the Paris Climate Accord put America’s interests last, and would have given known polluting nations, such as China and India, unfair economic advantages, with little accountability for green house gas emissions.

President Trump said this about his decision to withdraw from Obama’s Paris Climate pact:

We have among the most abundant energy reserves on the planet, sufficient to lift millions of America’s poorest workers out of poverty. Yet, under this agreement, we are effectively putting these reserves under lock and key, taking away the great wealth of our nation — it’s great wealth, it’s phenomenal wealth; not so long ago, we had no idea we had such wealth — and leaving millions and millions of families trapped in poverty and joblessness.

The agreement is a massive redistribution of United States wealth to other countries.  At 1 percent growth, renewable sources of energy can meet some of our domestic demand, but at 3 or 4 percent growth, which I expect, we need all forms of available American energy, or our country — (applause) — will be at grave risk of brownouts and blackouts, our businesses will come to a halt in many cases, and the American family will suffer the consequences in the form of lost jobs and a very diminished quality of life.

Even if the Paris Agreement were implemented in full, with total compliance from all nations, it is estimated it would only produce a two-tenths of one degree — think of that; this much — Celsius reduction in global temperature by the year 2100.  Tiny, tiny amount.  In fact, 14 days of carbon emissions from China alone would wipe out the gains from America — and this is an incredible statistic — would totally wipe out the gains from America’s expected reductions in the year 2030, after we have had to spend billions and billions of dollars, lost jobs, closed factories, and suffered much higher energy costs for our businesses and for our homes.

In response to the President’s decision to withdraw from the ineffective and economically-devastating climate pact, the Department of the Interior issued the following press release:

OFFICE OF THE SECRETARY

WASHINGTON – U.S. Secretary of the Interior Ryan Zinke today applauded President Donald J. Trump’s decision to eject the United States from the Obama-era, multi-national Paris Accord. The Department of the Interior is in charge of most energy development on federal lands, including oil, gas, coal, wind, geothermal, and other sources, as well as oil, gas and wind on the Outer Continental Shelf.

The following statement is from Secretary Ryan Zinke:

“America’s energy and economic destiny should be up to the United States, not the United Nations. Today the President took bold and decisive action to pull the U.S. out of the poorly-negotiated Paris Accord that would kill American jobs and manufacturing while doing little to protect the environment.

“We all agree that clean air and clean water are top priorities, but this deal was an example of another give-away to foreign interests and locks America into a permanent competitive disadvantage. America has the resources and expertise to lead the world in responsible energy development and technology. To not use our resources to our advantage is simply wrong. The world is safer when America is strong.  I was just in Alaska where Native Alaskan leaders expressed to me their long-held desire to increase oil and gas exploration in the Arctic so they can fund their schools, hospitals, and infrastructure.

“In order to meet the benchmarks in the Paris Accord, it’s estimated the U.S. would lose $3 trillion in output, over six million industrial jobs, three million manufacturing jobs, and will absolutely decimate the coal industry. No more. No longer will the federal government sign agreements that punish American workers.

“I am confident that advancements in technology and smart regulations will allow the United States to continue responsible energy development and production and continue to lower emissions.”

Trump’s withdrawal from the non-binding climate pact is a campaign promise kept. Men and women across the country, whose lives depend on resource-based industries, such as coal, oil and gas, minerals, and farming and ranching, voted for the President based on his promise to diminish regulations and revive these industries and the jobs they create.  In fact, restrictions on our domestic energy production contained within the Paris Accord would have been completely contradictory to the promise of Secretary Zinke to return his department and its agencies to the mission of responsible resource development on America’s public lands.