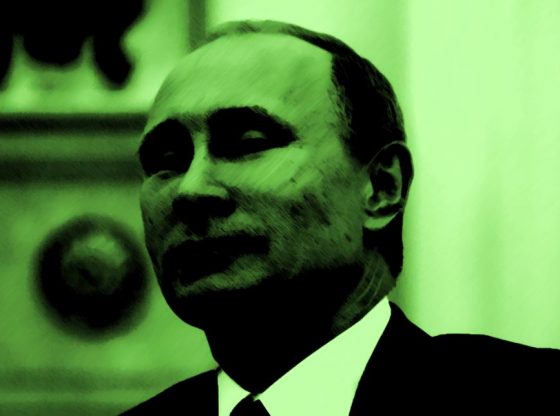 As previously reported by The Daily Signal, Stiles suspects two anti-pipeline groups in Virginia are “agents of influence” unknowingly operating on behalf of Moscow under Russian President Vladimir Putin.

Congress appears ready to crack down on individuals and groups who work on behalf of Russia and other foreign nations but don’t fully disclose those ties.

Legislation toughening requirements and closing loopholes in the 80-year-old Foreign Agents Registration Act is advancing in response to growing concerns that some advocacy groups and lobbyists have been permitted to conceal financial and other connections with foreign governments.

In a recent phone interview with The Daily Signal, Rep. Mike Johnson, R-La., who introduced the legislation amending the law, expressed confidence that his bill could clear both houses of Congress with broad support.

“We are grateful this became a bipartisan bill and that the leadership of the judiciary committees in the House and Senate saw real value in it, and this has created a groundswell of support,” Johnson said, adding:

“I suspect we are going to move the bill because transparency is good for everyone, and this is about disclosing to the American people who is trying to influence our politics. We have lots of foreign influences attempting to lobby the federal government all the time, and transparency is not a big thing for us to ask.”

#UraniumOne paid $$$ to #PodestaGroup as they lobbied U.S. government officials. Podesta group was not registered under FARA at the time, hiding foreign interests from the American people.

Read my op-ed in the @DailyCaller here –> https://t.co/dcarnr3s2h

For too long, certain organizations with ties to foreign interests have been permitted to “operate in the shadows,” Johnson, a member of the House Judiciary Committee, said.

“Washington lobbyists have been working overtime to kill the bill,” he said of the measure he introduced in October.

The law isn’t achieving all that it should, Bonner Cohen, a senior fellow at  the National Center for Public Policy Research, a free-market think tank based in Washington, told The Daily Signal.

“The Foreign Agents Registration Act calls on individuals and organizations to provide full disclosure when they are working to advance the public policy interests of a foreign government,” Cohen said.

“This appears to be exactly what these green groups are doing,” he added, “and the law should be applied to them.”

In a letter  to Treasury Secretary Steven Mnuchin last summer, Rep. Lamar Smith, R-Texas, asked for the administration to look into allegations that the Russian government has funded U.S. environmental groups surreptitiously in a “propaganda war against fossil fuels.”

Such concerns have motivated lawmakers on the House and Senate judiciary committees to move quickly on his legislation, Johnson told The Daily Signal.

The letter from Smith, chairman of the House’s Science, Space and Technology Committee, describes how “publicly available reports connect the dots” of a complex scheme by the Russian government to “advance a political agenda with little or no paper trail” against the U.S. energy sector.

Smith cites government and other reports that Russia steers funds to U.S. environmental groups, often in the form of anonymous donations, so that those groups may bankroll what the Texas Republican calls “covert anti-fracking campaigns.”

“Russia has a long track record of funding ‘green’ groups as part of an effort to slow down, if not stop altogether, domestic energy production,” Luke Coffey, director of The Heritage Foundation’s Allison Center for Foreign Policy, said in an email to The Daily Signal, adding:

“This has been particularly the case regarding fracking. European governments have also faced similar challenges from Russia, because Moscow knows that each barrel of oil produced in the USA or Europe is one less needed from Russia.”

Ken Stiles, a 29-year veteran of the CIA, told The Daily Signal in a recent interview that congressional investigators identified a “money trail” suggesting a connection between the Russian government and activist groups opposing fracking operations and pipeline construction in various parts of the country.

As previously reported by The Daily Signal, Stiles suspects two anti-pipeline groups in Virginia are “agents of influence” unknowingly operating on behalf of Moscow under Russian President Vladimir Putin.

Those campaigns fell short of obstructing pipeline projects, but environmental advocacy groups have succeeded in blocking natural gas development in New York and other states.