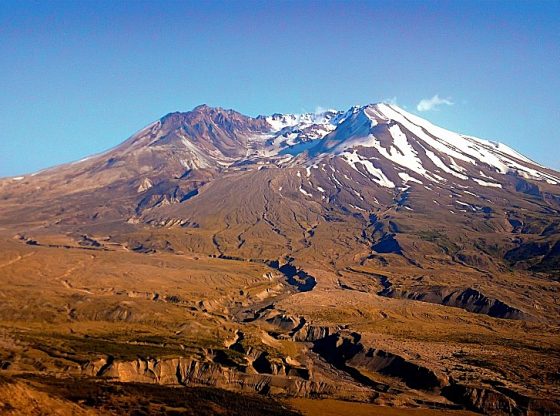 The Forest Service mission is to “sustain the health, diversity, and productivity of the Nation’s forests … to meet the needs of present and future generations …to encourage orderly development of domestic mineral resources.”

On Aug. 24, the U.S. Forest Service weighed in on exploration drilling for minerals northeast of Mount St. Helens. Officials made a strong case that the first-stage drilling would have no significant impact, and that science should rule the subsequent permitting process.

Ascot Resources USA, a British Columbia-based mining company, first applied for prospecting permits six years ago, and now appears close to approval for drilling 63 exploration holes, 2 to 3 inches in diameter, to test and delineate what Ascot geologists surmise may be an economic deposit of copper, gold, silver, and molybdenum.

The Forest Service decision, which requires use of Ascot’s most environmentally cautious plan and attaches a long list of protective “specified conditions” to guard spotted owls, the Green River and other features, relates only to the exploration drilling, not to any mine development.

The proposed exploration area, some 900 acres of forested land, is situated 12 miles northeast of the boundary of the Mount St. Helens National Volcanic Monument, amply separated from the protected monument lands.

Mineral exploration began there in the late 1800s, when miners staked claims and constructed cabins, camps, and tunnels, attracted by the gold-, copper- and silver-bearing outcrops now drawing interest from Ascot.

By 1910, several thousand tons of copper, gold, and silver ore had been mined. Then, investors turned to timber as a more profitable enterprise.

What draws Ascot to an area abandoned by long-ago miners? Much higher metal prices, new exploration and production technology, and the knowledge that precious metals deposits often lie beneath historic mining districts.

Ascot aims to test their geologists’ hypothesis. Until the 63 holes are drilled, their concept is unproven. An economic deposit, let alone a mine, is far in the distance.

The Draft Decision Notice is an exhaustive, multidisciplinary analysis of the reasons it found the drilling would cause no significant impact.

The Forest Service mission is to “sustain the health, diversity, and productivity of the Nation’s forests … to meet the needs of present and future generations …to encourage orderly development of domestic mineral resources.”

The reasons to include mining in the mission are both strategic and economic. We need only recall the Liberty Ships hastily fabricated in Portland and Vancouver shipyards during World War II to comprehend the value of domestic raw materials such as copper. And if gold co-occurs in a mineral deposit, it may pay all the costs to mine copper.