Feds want $2.8 million from farmer for plowing too deep on own property 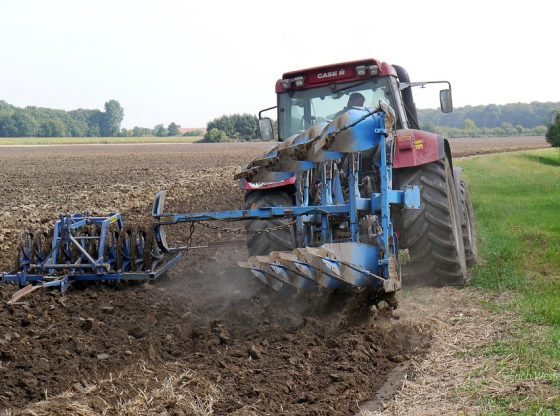 One of the most hypocritical acts in the case is that after the Army Corps told Duarte to “cease and desist” all work on the property, which he did, they came in with a backhoe to dig three- to four-foot deep holes in 20-30 of the vernal pools to “investigate” whether plowing them 5-7 inches deep had harmed them.

In November and December, 2012, John Duarte did what farmers do. He plowed land to plant wheat. The 450-acre parcel had previously been used for wheat, and then grazed when the price of wheat dropped, by prior owners. The land also spent some time in the Conservation Reserve Program before John’s company, Duarte Nursery, Inc., purchased it in 2012. A family friend then proposed growing wheat in that field to take advantage of favorable prices, and John gave the go ahead. One of his conditions was that vernal pools on the farm, which can be plowed without a permit so long as it is to produce a crop, be nonetheless avoided in an abundance of caution. Unfortunately, those instructions were not completely conveyed to the tractor operator, who avoided the major water features on the property but did shallowly plow and then plant wheat in some smaller vernal pools that occupy less than 5 percent of the property. Vernal pools are small puddles or ponds that fill from winter rainfall and then remain for a few weeks a year until they evaporate. The evidence shows that plowing these vernal pools (a common practice) did not harm the plant life in them or any wildlife.

An Army Corps of Engineers employee passing by didn’t like what he saw. He said the Duarte Nursey was ‘deep ripping’ and ‘destroying protected wetlands.’ He claimed the Nursery needed a permit to plow in the vernal pools even though the nearest navigable water is the Sacramento River, roughly eleven miles away. Thus began an outrageously complex and involved litigation with implications for every farm in the United States.

“What the federal government is doing in this case is not unique to California. It’s a systemic problem with how the Army Corps of Engineers is dismantling the Clean Water Act’s protections for agriculture around the country,” said Pacific Legal Foundation Attorney Tony Francois. “Normal farming and ranching are protected from permitting under the Clean Water Act. If they were not protected, you’d need a dredge and fill permit every time you wanted to plant a crop.” Federal regulations specify that plowing (as broadly defined) in order to plant a crop is never regulated by the Clean Water Act so long as it does not turn federally protected waters into dry land.

Francois explained why Congress and the EPA protected plowing and other farming practices from permitting. “If you had to get a permit—which takes two years—you’re not going to grow a lot of food,” Francois said. “In addition, you have to pay the permit consultants which is about $250,000. On top of that, you have to mitigate what you got a permit for, which is a large amount of money you have to give to the government.” According to researchers at U.C. Berkeley, it takes over two years and a quarter million dollars in consulting costs, on average, to get a site specific dredge and fill permit. “Congress, in one of its rare lucid moments, knew that subjecting farmers to that onerous a regime would mean that this nation would rely on other nations for food,” said Francois.

The lawyer noted that the effect of the Army Corps claiming control of small and isolated vernal pools, more than ten miles from the nearest river, is essentially saying that your dry farm land is, in some magical sense, really their water. “What’s at stake is whether or not the law and its farming protections applies to plowing this or any property—or not. The government’s argument is that the plowing, in the words of their paid expert witnesses and the government lawyers, ‘could be compared to a tornado that blows in and completely uproots and rearranges the entire functioning community of neighborhoods.'”

Francois continued, “The court did not agree with the government’s arguments that the plowing was like a tornado strike, or their other outrageous claim that normal plow furrows were really “small mountain ranges.” But the judge did rule that plowing requires a permit because it moves soil from side to side. If this is the law, despite the clear statement in the regulations that plowing to plant a crop does not require a permit, then this new rule applies to everyone, with the outcome being that any farming enterprise that operates in any area of their own land that the federal government claims to be their protected water resources can be charged with violating that law,” Francois said.

The Justice Department is now asking the Court to order John Duarte to pay $2.8 million in penalties for shallowly plowing 22 acres of vernal pools. In addition, they want Duarte to pay for 66 to 132 acres of mitigation credits. “From what we’ve found, that would be about more than $200,000 per acre. That’s an additional 13 to 26 million dollars, at least,” noted Francois.

Duarte is fighting back. “The Clean Water Act was a good piece of law with solid protections for agriculture. It’s unfortunate that it’s been abused in a radical way. I can’t find anything that says I was doing the wrong thing. No NGO will stand up and take a lead position for this prosecution. No elected official will stand up and say we need to be prosecuted,” the farmer says. To the contrary, the chairmen of the House Judiciary and House Agriculture Committee have written publicly to Attorney General Jeff Sessions, stating their view that Duarte Nursery’s plowing appears to be the very type of farming practices that the Clean Water Act protects from permitting requirements.

The fourth-generation farmer explains his family-owned business produces trees and vines for farmers across California. “We care about the environment. Our nursery revolutionized the industry by not using methyl bromide. We have a preferred and sustainable product. This lawsuit is not only false and wrong, but is an insult,” said Duarte.

The fact the land had been in the Conservation Reserve Program adds to the problem. “CRP is set aside so when our nation and the world is hungry, we rise up and feed them,” explained Duarte. “Nobody grew wheat on this land when prices were low, but does that mean we forever lose our ability to farm it? The wheat prices are low again. Does that mean if someone doesn’t keep growing wheat, at a loss, they lose their ability to farm it? In a couple of years if a farmer brings an acreage back, does that mean they’ll need a time consuming, expensive, and onerous permit?”

One of the most hypocritical acts in the case is that after the Army Corps told Duarte to “cease and desist” all work on the property, which he did, they came in with a backhoe to dig three- to four-foot deep holes in 20-30 of the vernal pools to “investigate” whether plowing them 5-7 inches deep had harmed them.

“We have put $2 million dollars out of our general account on this case,” Duarte says, shaking his head. “If we have to expend our resources during the good times, we won’t weather the bad times well.”

Francois noted that even if the government does not bring further prosecutions for plowing, activist groups could do so if the rule in the case, that plowing requires a permit, is upheld. “The Clean Water Act allows private enforcement through citizen suits. If we are not able to turn this case around on appeal, NGOs all over the country could use the case as a template to demand settlements from farmers or sue them to prevent them from plowing,” Francois said.

Duarte established a Go Fund Me page, and speaks to various groups about the case. “We employ 500 people. If the government wins this case, it will destroy those 500 jobs with the precedent that all farmers will have to get costly permits. If they are using this to prosecute me, use your imagination what they can do to you. Nobody’s banking budget covers this,” Duarte said. “The American Farm Bureau has a legal defense fund. We’ve raised a little over $100,000, but we need help. We can’t keep carrying this ourselves. I don’t think agriculture looks very strong if a case this absurd doesn’t attract more money to remedy this. Remember, this same prosecution could happen to any farmer in America.”

For more information on this case and other private property cases, visit the Pacific Legal Foundation, http://www.pacificlegal.org.