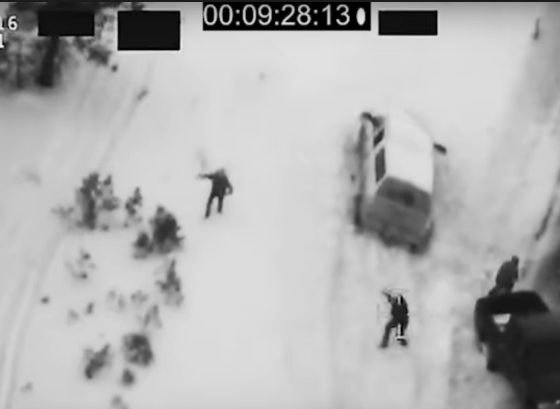 An FBI agent has been indicted on federal accusations that he lied about firing at Robert “LaVoy” Finicum last year as police arrested the leaders of the Malheur National Wildlife Refuge occupation.

The agent will face allegations of making a false statement with intent to obstruct justice, according to sources familiar with the case.

An FBI agent has been indicted on federal accusations that he lied about firing at Robert “LaVoy” Finicum last year as police arrested the leaders of the Malheur National Wildlife Refuge occupation.

The agent will face allegations of making a false statement with intent to obstruct justice, according to sources familiar with the case.

The indictment stems from a more than year-long investigation by the inspector general of the U.S. Department of Justice. The agent will be identified when he’s summoned to appear in U.S. District Court in Portland at 1:30 p.m. Wednesday.

Investigators said a member of the FBI’s elite Hostage Rescue Team fired at Finicum as his pickup crashed into a snow bank at a roadblock on U.S. 395. Finicum had just sped away from a surprise traffic stop on the rural highway as the occupation leaders traveled off the refuge to a community meeting Jan. 26, 2016.

The agent’s bullets didn’t hit Finicum, 54, an Arizona rancher who was the spokesman for the armed takeover of the federal sanctuary near Burns in Harney County. Moments later, state police troopers shot Finicum three times after he emerged from his white truck and reached for his inner jacket pocket, where police said he had a loaded 9mm handgun. One bullet pierced his heart, an autopsy found.

Assistant U.S. Attorney Charles Gorder Jr. revealed in court papers last June that a grand jury was reviewing the FBI actions. Gorder was explaining the government’s desire to keep its memorandum about the inspector general’s investigation out of the hands of defense lawyers representing other occupation leaders on federal conspiracy charges.

The FBI and state police had moved in on Ammon Bundy and other key figures as they were driving in two vehicles from the refuge to a meeting in John Day. Finicum initially stopped but then raced off from police, and less than a minute later swerved into the snow to avoid the roadblock set up by FBI and state police.

As Finicum left his truck, an FBI agent shot twice at Finicum, though none of the hostage team members admitted to discharging their firearms, the Deschutes County sheriff alleged. The county sheriff’s office was tasked with investigating the Finicum shooting.

Investigators find evidence that an FBI agent fired at Finicum, but later denied it. His bullets didn’t hit Finicum or contribute to his death. The investigation found two state troopers were justified in shooting the occupation spokesman three times in the back.

The Oregon investigators concluded that one agent fired at Finicum’s pickup, hitting it in the roof and missing on the second shot. A state trooper later described to investigators seeing two rifle casings in the area where the FBI agents were posted. But detectives called to investigate didn’t find the casings, police reports indicated.

At a news conference in March 2016, Portland’s-then FBI Special Agent in Charge Greg Bretzing told reporters, “The question of who fired these shots has not been resolved.”

It’s unclear if the indicted agent is on leave or has been dismissed from his job. The hostage team is part of the FBI’s Critical Incident Response Group, based out of Quantico, Virginia.

The indictment follows two federal trials against refuge occupiers accused of conspiring to impede U.S. Fish & Wildlife Service and U.S. Bureau of Land Management employees from doing their work at the refuge through intimidation, threat or force.

Ammon Bundy, older brother Ryan Bundy and five other defendants were acquitted last fall of conspiracy and weapons charges. A second trial of four other occupiers resulted in split verdicts earlier this year, with defendants Jason Patrick and Darryl Thorn convicted of conspiracy and others convicted of damaging government property and misdemeanor charges, including trespass.

Finicium’s widow, Jeanette Finicum, has said she plans to sue Oregon State Police and the FBI for civil rights violations in her husband’s death. The suit will allege that state police and the FBI used excessive force in the confrontation that could have ended peacefully and that improper police procedures and lack of communication between state police and FBI agents at the scene contributed to his death, her lawyer said.