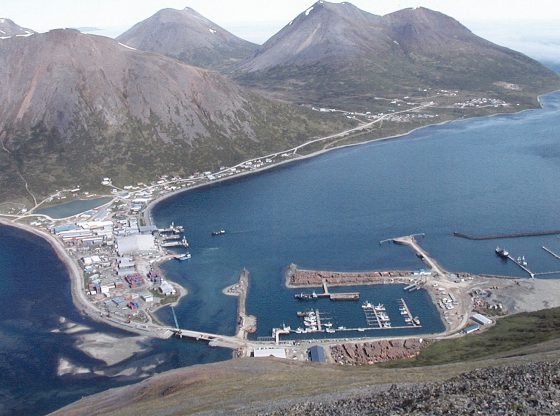 Located on the southeastern tip of the Alaska Peninsula, King Cove is subject to the area’s stormy weather that frequently forces the shutdown of the local airstrip. For decades, the village’s roughly 900 residents have had to rely on a hovercraft to transport gravely ill of injured people to Cold Bay. Eighteen deaths have been attributed to lack of swift access to Cold Bay’s all-weather airport.

After 30 years, residents of King Cove, Alaska finally won approval for the construction of a road connecting their remote Aleutian fishing village to an all-weather airport, enabling members of the Agdaagux and Belkofski tribes to more quickly reach medical facilities in Anchorage, 600 miles away.

At an emotional Jan. 22 ceremony in Washington, Interior Secretary Ryan Zinke, on behalf of the Trump administration, signed an agreement for for a land exchange between the federal government and the state of Alaska that will allow construction of a 11-mile-long, single lane gravel road between isolated King Cove and Cold Bay, site of the all-weather airport. The road will go through the Izembek National Wildlife Refuge.

“On behalf of the community of King Cove and the many people that have died and suffered, we are so grateful, beyond grateful, to those who have supported us,” said Della Trumble, finance manager of the King Cove Native Corp. (Washington Times, Jan. 23). “This has been a long battle.”

And the battle is far from over. Within two weeks of Zinke’s announcement, a coalition of green groups filed a suit in the U.S. District Court in Alaska, arguing that the proposed land swap would violate the Alaska National Interest Lands Conservation Act.

“Izembek is one of the most important wildlife refuges on the planet. A road would do irreparable damage that no land swap could begin to heal,” said Randi Spivak, public lands program director at the Center for Biological Diversity (Washington Times, Feb. 11). “Unleashing the bulldozers on this incredible place would destroy vital feeding grounds for millions of migrating birds from three continents.”

Located on the southeastern tip of the Alaska Peninsula, King Cove is subject to the area’s stormy weather that frequently forces the shutdown of the local airstrip. For decades, the village’s roughly 900 residents have had to rely on a hovercraft to transport gravely ill of injured people to Cold Bay. Eighteen deaths have been attributed to lack of swift access to Cold Bay’s all-weather airport. In 2013, the Obama administration rejected the road project, with Interior Secretary Sally Jewell saying “we owe it to future generations” to avoid running a single-lane road through the wildlife refuge.

The Real Threat to Migratory Birds

Claims by environmentalists that the road would do “irreparable harm” to birds using the Pacific Flyway are belied by the well-documented experience of migratory birds along far more challenging flyways. According to the Audubon Society, more than 325 bird species make the round-trip each year along the Mississippi Flyway, from their breeding grounds in Canada and the northern United States to their wintering grounds along the Gulf of Mexico and in Central and South America. Whooping Cranes, Least Terns, Prothonotary Warblers, and many other species fly over the 130 bridges that cross the river, seven of which are part of the heavily traveled Interstate Highway System, and past such major metropolitan areas as New Orleans, Memphis, St. Louis, and Minneapolis-St. Paul.

Yet the Center for Biological Diversity, Defenders of Wildlife, and their ilk would have the world believe that an 11-mile-long, single-lane gravel road will put birds migrating along the Pacific Flyway in peril. The real threat to migratory and other birds comes from industrial wind farms, which kill hundreds of thousands of birds and bats each year. Yet the horrible toll wind farms take on wildlife is swept under the rug by many of the same environmental groups upset over a gravel road.