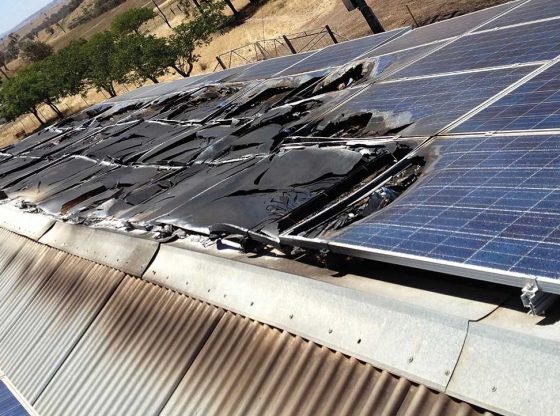 A group of researchers have published a scathing rebuttal to a 2015 report claiming the U.S. could run on 100 percent green energy, which they say suffered from “significant shortcomings.”

The 2015 study led by Stanford University professor Mark Jacobson claimed wind turbines, solar power and hydroelectric dams could power the entire U.S. But 21 researchers published a retort to Jacobson’s study in the Proceedings of the National Academy of Sciences (PNAS).

“Policy makers should treat with caution any visions of a rapid, reliable, and low-cost transition to entire energy systems that relies almost exclusively on wind, solar, and hydroelectric power,” wrote the 21 experts, led by the National Oceanic and Atmospheric Administration’s Christopher Clack.

The researchers were worried politicians would use Jacobson’s study to promise a “greener” world that’s more expensive and less technology achievable than they let on.

“That is both harmful to the economy, and creates the seeds of a backlash,” Victor told MIT Technology Review.

So far, only Hawaii has a policy calling for 100 percent green energy, but California Democrats are pushing legislation to get all its electricity generated from green energy by 2045.

Environmentalists and some Democrats hailed Jacobson’s paper when it was first published. The study was even featured in the anti-fracking film “Gasland II” and attracted the attention of celebrities, like Mark Ruffalo.

Jacobson’s paper also spawned the creation of the “Solutions Project” — a non-profit dedicated to “moving all of us to clean, renewable energy powered by the wind, water, and sun.” Ruffalo sits on its board, along with Jacobson.

A group of left-leaning non-profit foundations, including the Leonardo DiCaprio Foundation, the Tides Foundation and the Rockefeller Family Fund, back the Solutions Project.

Jacobson did not sit idly by, and published his own rebuttal to the PNAS report. He also lashed out against the PNAS authors in the media.

“They try to falsify this thing by claiming that there are errors,” Jacobson told The Washington Post. “This is what really bothers me with this paper. I don’t have any problem with people trying to quibble with our assumptions.”

“There is not a single error in our paper,” Jacobson told Technology Review in a short email.

He even accused Clack of using “intentional misinformation” to back his study and said his critics had a financial incentive to dispute his research.

“They’re either nuclear advocates or carbon sequestration advocates or fossil-fuels advocates,” Jacobson said. “They don’t like the fact that we’re getting a lot of attention, so they’re trying to diminish our work.”

Essentially, the criticism of Jacobson’s paper comes down to modeling and assumptions.

“They do bizarre things,” PNAS co-author Daniel Kammen of the University of California-Berkeley, told Technology Review.

“They treat U.S. hydropower as an entirely fungible resource. Like the amount [of power] coming from a river in Washington state is available in Georgia, instantaneously,” he said.

PNAS study authors say the U.S. could get 80 percent of its energy from sources that emit no carbon dioxide, but that goes beyond solar, wind and hydro power. The authors say nuclear energy, bioenergy and carbon capture and storage systems for biomass would be needed.