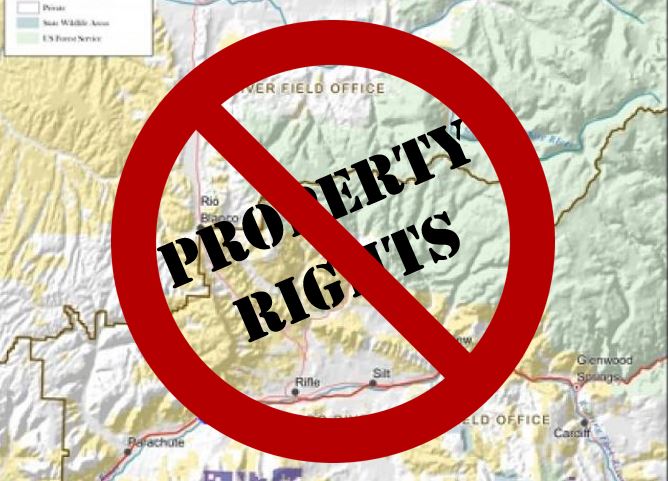 Last week, the Obama Administration canceled twenty-five of western Colorado’s natural gas leases, ten years after issuance. The lease cancellation announcement was made in a special fly-over Denver press conference, demonstrating true political blindness in the face of a huge political defeat during this month’s elections. The Administration was denied a third term because of the mockery they have made over the past eight years of property rights at the expense of our rural communities.

It is unprofessional and insulting that our Mesa County Board of Commissioners was not advised of the “media event” or informed about the Record of Decision, as a Cooperating Agency (an official planning partner with the Bureau of Land Management in their local decisions) and most importantly, as a subdivision of the State, before it took place.

Mesa County’s comments were brazenly ignored by the Bureau of Land Management. To make matters worse, Secretary Jewel announced the lease cancellations with Governor Hickenlooper in Denver, rather than in western Colorado, where many of our economies and our jobs have continually suffered at the hands of the job-killing policies of the Obama Administration.

As a jurisdiction that is being impacted socially and economically by the action, we expect communication and accountability from the decision makers. Instead, the Commissioners learned about the press conference from constituents who contacted us; not from our federal and state “partners”.  Federal officials informed us that there was “no time” for a stakeholder meeting to discuss the effects of their actions on our constituents and their families.

As a Mesa County Commissioner, I swore to uphold the Constitution of the United States. I take that duty very seriously. The federal government, under the Obama Administration, made the confiscation of property rights a priority.

The taking of property rights has not been limited to oil and gas.  Ask Powderhorn Ski Resort when the Forest Service confiscated their water rights. Talk to farmers and ranchers about the Obama Administration trying to confiscate their water through the “Waters of the U.S.,” an insulting proposal that should be subsequently struck down by the courts.

Now, the natural gas producers of western Colorado, who invested millions of dollars in the Southern Piceance Basin and Roan Plateau, have had their contracts revoked arbitrarily and without regard to the long-term implications on the rule of law and property rights.

“Today’s decision is a testament to the ability of individuals, businesses, governments and organization in Colorado to work together to find solutions that make good sense for the local community, economy and environment,” said Secretary Jewell.

Our Board could not disagree more with Secretary Jewell’s statement.  Mesa County government has voiced strong opposition to the cancellation of leases as it negatively affects our already stagnant county economy.

In the coming days and months, the Mesa County Commissioners and other elected officials will be completing a list of federal policies that must change under the Trump Administration.

No more taking water rights from ski resorts and ranchers. No more locking away public lands from multiple use. No more closing our roads and limiting our economy by reducing opportunity for outdoor recreation, energy extraction, agriculture and mechanized use.

There also will be a demand for true transparency at our top levels of government.

Most importantly, our top priority will be advocating for the restoration of the lost property rights for our area’s energy companies so that the United States remains a nation governed by the laws of our United States Constitution and are not lost to the whims of the past Administration.

Rose is a dedicated member of the community who is committed to transparent, accessible government and is accountable to the people she serves. In addition to serving as a Mesa County Commissioner, Rose, is an advocate for the community and is involved in many of the organizations that work together to grow the economy in Mesa County, Colorado.