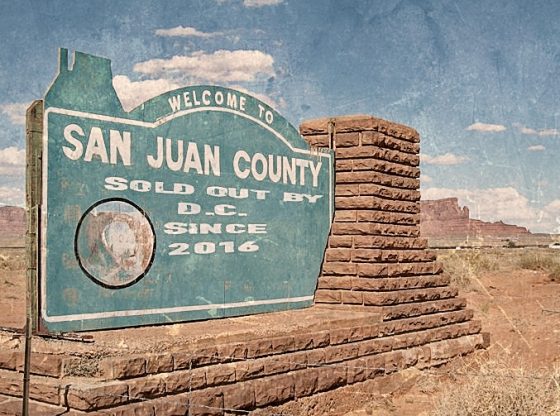 Representative John Curtis sponsored HB 4532 titled “A bill to create the first Tribally managed national monument, and for other purposes.” The first paragraph of the bill, the first action, is to withdraw all of the original 1.35 million acres of land designated under the Obama Bears Monument from any future mineral extraction. This was done for one purpose and one purpose only, to appease the environmentalists.

I have never been enamored by propitiation. I get it, and I’m not inclined to condemn those who engage in it; I just believe that there are pursuits more deserving of our efforts. Representative John Curtis sponsored HB 4532 titled “A bill to create the first Tribally managed national monument, and for other purposes.” The first paragraph of the bill, the first action, is to withdraw all of the original 1.35 million acres of land designated under the Obama Bears Monument from any future mineral extraction. This was done for one purpose and one purpose only, to appease the environmentalists.

Governor Herbert said that the bill maintains the existing 1.35 million acre mineral withdrawal under the original BENM designation to “put to rest any suspicion that the monument was reduced in order to advance energy development.” As a county commissioner in San Juan County, I want energy development in my county.  President Trump said “I came to Utah to reverse federal overreach and restore the rights of this land to your citizens.” He also pointed out that there are fighters and then there are those you thought were fighters who are not fighters. Of course we want energy development in San Juan County. We have been almost completely shut down by federal laws already. What remains is a tiny fraction of the vast potential of this county, and now our elected representatives rush to ensure that even that small remainder is taken off the table? And the reason is to put to rest any suspicion that the people in San Juan County want to work and to produce?

I like to feel like San Juan County is a producing county and not a ward of the State. And even if the Governor and our Congressmen are going to lay San Juan County’s energy future on the altar, what is the ask? When congressman Bishop kneels before Yvon Chouinard and offers him San Juan County’s minerals, what is the hoped for compensation? It is a question that is better left unasked, not because it is not valid, but because no one has time to listen to the unending justifications of why it is better to give up than to stand up. There are deals being made behind the scenes and it appears that most politicians have promises to keep. Either that, or they just hope to escape criticism from Patagonia and company.

Which brings us to the current legislation: Statehood provides jurisdiction over land within the geographic boundaries of Utah, but if the Governor is unwilling to accept that authority, what possible chance do the citizens have in defending the State’s jurisdiction? The Governor should be the most important voice in this entire debate, but for reasons only he knows, he has seen fit to defer to Congress. So be it. One thing is certain, as a citizen, standing up for what is proper and legal and right will not only garner you all the vindictive assaults that the left can pour out, but it will also leave you friendless in your own home state, at least with the power brokers.

Its one thing to disregard Constitutional prescriptions for federal land use, but our representatives are inclined to ignore the historical record as well. In 1933 Congress passed the Colton Bill which transferred more than five hundred thousand acres in San Juan County to the Navajo Nation, expanding the Navajo Reservation. This agreement was made at the insistence of the Navajo Nation and despite opposition from Utah’s Governor at the time. It is the largest land transfer in the history of the State Utah and it is the legislation that created the Utah Navajo trust Fund. This was an important agreement which established metes and bounds and were intended to provide a level of security and peace for the Navajo Nation and their neighbors.  Does HB 4532 repeal the Colton Bill? It certainly contradicts it.

Right or wrong, we are now at this important crossroads – not so much as a State or as a Nation, but as people. By speaking up, do we jeopardize good relations between the left, who want everything protected, or do we offend the producers who would prefer to drill it, mine it, dam it, farm it, graze it, hunt it, and use it? Or do we just keep quiet?