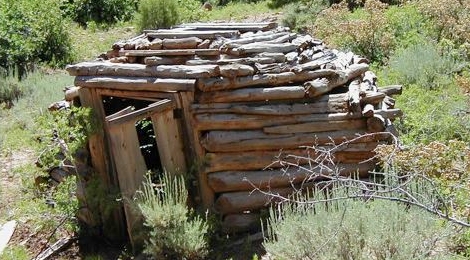 With modern scientific breakthroughs we can now more wisely use those resources, by applying less invasive strategies.  Mother Earth has always been generous, and ironically, she has proven victorious even when damaged by floods, earth quakes, tornadoes, mining, fires, or paint balls in the desert.  Unlike humans, she has the power to revitalize, repair, and comeback better than before.  She is the comeback queen, and will continue to befuddle those who claim otherwise. Cottonwood was one such comeback.

Last Monday Feb.6, myself, along with 25 other Stewards of San Juan staged a quiet protest at the U of U Dine Bikeya Celebration of the Bears Ears National Monument.  We respectfully listened to all the talks, even the ones we didn’t agree with.  Even though I have often been at odds with Willie Greyeyes, his insights on healing were valuable.  He recommended daily prayer and being in tune with your maker.  He stressed the value of open country and sacred places for spiritual healing and the need to live in harmony with the land.  That message speaks to me, as I also believe in daily prayer and find peace in sacred places both indoors and out.

By and large, most people living in rural America identify with those precepts. However, as I watched mobocracy in action at the Jason Chaffetz Town Hall meeting three days later, I thought how ironic it was that Willie’s message was lost on these folks, many of whom claim to support his cause. Harmony was the furthest thing from their minds, instead they choose to be disrespectful.  Their clamor and shouts fueling their narrow  ideology with more propaganda and hate.

Because of those experiences, I feel compelled to dispel some misconceptions that have appeared often on pro-Bears Ears Monument web sites and articles.  One is the notion that mining is evil, and that Navajos consider it a desecration of the land, and secondly, the assumption that hogans and sweat lodges on and near Blue Mountain were built hundreds of years ago. Ironically, the pro-monument web sites used photos of hogans and sweat houses built by Navajo uranium miners less than 80 years ago. There-in lies the double rub.

Fossil fuels have provided jobs for many years in San Juan County for Anglos and Native Americans alike.  Such resources from Mother Earth also provide jobs for Navajos at the Page Power plant, which requires coal. Navajos in Arizona are worried about losing their jobs and don’t want the Power plant to close.  Yet one of the best sources of for clean burning coal was locked up by Bill Clinton’s National Monument at Grand Staircase Escalante 20 years ago.

Rather than viewing mining as a desecration of the earth, consider that ores and fossil fuels are instead a gift to those who live nearby. Some states were given timber and lakes with fish, others rolling farmland, some gold and silver mines, and we were given uranium and oil. A variety of natural resources throughout the United States had hitherto for been considered a blessing for over 200 years. Now it seems to be an albatross to be avoided at all costs.  As we become indebted to foreign powers, public land appears to have “collateral” written all over it under the guise of National Monuments.

With modern scientific breakthroughs businesses can more wisely extract those resources, using less invasive strategies.  Mother Earth has always been generous, and ironically, she has proven victorious even when damaged by floods, earth quakes, tornadoes, mining, fires, or paintballs in the desert.  Unlike humans she has the power to revitalize, repair, and comeback better than before.  She is the comeback queen, and will continue to befuddle those who claim otherwise. Cottonwood mining area is also the was one such comeback.

According to Darroll F. Young’s article in the 1995 issue of Blue Mountain Shadows,  the idea of uranium was first introduced to SE Utah, 98 years ago, when two men from Moab came upon his father who was working on the state road crew in 1919.  The men were prospecting for uranium to be sent to Paris, France to Madam Curie, who made the discovery of radium.  At that time uranium was not considered of any great value.  It was over 20 years before its value became known and jobs came to San Juan.

Times were tough in those days of the Great Depression and San Juan County men — Navajo and Anglo alike, were happy for any work they could get.  A daily wage was only $4 prior to 1939, but it soon raised to $15 or more a day. This also improved wages in the agriculture community and a glimmer of prosperity began to grow. Soon new roads were constructed, to access mines.  More businesses were established, and motels, equipment, and trucking businesses were added.  Job opportunities grew and home construction expanded.  Young emphasized that the “greatest influence of the uranium industry was demonstrated by the transformation that took place in the schools” of San Juan County. Prior to this, Navajo and Ute students were usually sent to boarding schools by the Federal Government.  As roads improved, one-room schools were eliminated and bus routes expanded. A new hospital was built, recreation facilities added. The positive effects of uranium mining touched every facet of life by the 1950’s.  As important as economics was to our nation and to the State of Utah, most of the work of extraction and refining was carried out before health and environmental costs were understood. But that is another story.

Fast forward 50 years to the other side of the Mr. Young’s Uranium story:  In 1999 Blue Mountain Shadows was asked to conduct oral interviews of miners who had worked in the Cottonwood area.  These histories were part of the Cottonwood Reclamation project which involved over a dozen government agencies in the initial surveys and planning. It was funded by the Utah Division of Gas, Oil, and Mining, in cooperation with the Bureau of Land Management, Manti-La Sal Nat’l Forest, and the San Juan Historical Commission.

Archaeologist, Kathy Huppe was the Cultural Resources Coordinator who worked with Blue Mountain Shadows. From those interviews, three magazines were published 2001-2002. These provided both history and insight as to what life was like for both Anglo and Navajo miners as well as other aspects of uranium mining.

Donald C. Irwin, the archaeologist who conducted the Cottonwood cultural resource inventory for the project, recalled his first trip to Cottonwood Wash and drove past the imposing mound known as Cottonwood Falls great house.  “I drove further up the canyon and to my amazement, I learned what any citizen of Blanding, or thereabouts knows, you can’t turn around or spit in this country without finding another archaeological site. Everywhere I stopped, I saw the telltale flakes of stone and broken pottery.”

Therein lies both the beauty and the burden of San Juan County: What and how much can actually be protected?

In issue #27 of BMS, several articles discuss the Navajo miners who worked in Cottonwood, as well as in other locations in San Juan county.  Cleal Bradford tells of his father Vet Bradford who, after completing the tunnel on Blue Mountain, [which brought water to the south side of Blue Mountain] put his skills to work as a miner, supervising a group of Blanding men.  But it was WWII, and as more and more men were called into the Army, Bradford began recruiting men from the Bluff and Montezuma Canyon areas.

Some of these hardworking Navajo men included Tom Beletso, Old Maryboy and his sons Slim John and John Bill.  David Yanito, his father Addison and brother Richard Yanito were also miners.  John Billy Atcitty, Harvey John Atcitty, John Bill Atcitty and their uncle Sam Longjohn. Later Kee Mustache and Harvey John were added to the crew. There was a lot of hard work involved in mining, mucking out, and hauling rock. But these men wanted jobs and were willing to work hard. The Navajos working in Cottonwood, had their own vehicles, but most of them would stay at Cottonwood year-round. It was for that reason that it was worth the effort for them to build hogans and sweat houses.  It was part of their culture.

Archaeologist Kathy Huppe documented these structures: a hogan and a sweat house at the Laura Mine in Upper Cottonwood, as well as another sweat lodge above the original Cottonwood Mill location on the flats to the north. (Included in this article.)  They were not built by “ancient ancestors,” but by Navajo Uranium Miners. They like other men went where the jobs were. Dozens of other Native Americans were employed at other sites scattered throughout the Four Corners area.  During the summer months, there was a large Navajo population at the Cottonwood camp, with wives and children.  During the school year, their children went to boarding schools in Shiprock.

Cleal Bradford stated, “The thing I appreciated while working with these Navajo men at the mine, was the fact they were a pleasant group, were hard workers, and made sure they earned their days wages. . . I had worked with other men before and since, who come to work grouchy, and leave grouchy.  But that wasn’t the case with the Navajo miners.”

“Harry Dutchie, a Ute, also worked with the Bradford crew, but he rode back and forth from Westwater with the Blanding men, but was accepted well by the Navajos.  Other mining operations also employed Navajo miners.  Robert Nat’s father worked for a Colorado operation, as did Ben Yanito and Dan Benally.”

Though conditions at the mining camp seem primitive compared with the conveniences of modern life, the jobs and regular pay provided both Anglos and Native Americans an improved lifestyle. San Juan County was finally able to build top of the line school buildings, as well as roads to transport students and they offered teachers the best salaries in the state; however, times have changed again, with increased federal regulations and a monument designation which proffers more controls, thus fewer jobs and less multiple use of public lands.  These “ancient” hogans and sweathouses stand as witnesses that people who work together, productively using what the earth provides, can find harmony and prosperity, even in remote San Juan.