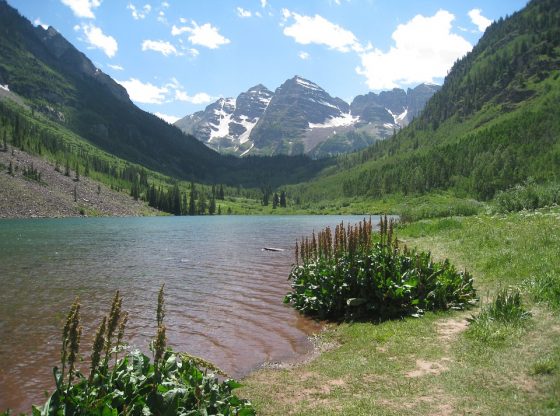 The environmental groups opposing Aspen assert that the city doesn’t need the water, though that is a difficult case to make against any growing city. One opponent says the city is speculating and doesn’t really intend to build the reservoirs, but proving someone else’s intent is always problematic. However, opponents have also raised the “can and will” argument, writing that the city cannot legally build a reservoir there even if it really wants to. That is a more serious hurdle for Aspen.

The headline in a recent Free Range Report reads, “Water battle pits City of Aspen against feds, enviros.” Nobody familiar with Colorado politics could help smiling at the sarcastic irony in that headline. Aspen fighting environmentalists? We can just as easily imagine headlines proclaiming “Boulder battles liberals,” or “Iowa bans farming.”

The issue here, though, is extraordinarily important to the entire West. It involves the city of Aspen exercising due diligence to maintain conditional water rights it has owned almost 50 years. Those rights allow the city to build two proposed reservoirs on Maroon Creek and Castle Creek, noted as “part of Aspen’s long-range plan to maintain a water supply to meet current and future demand.” Such conditional rights, under Colorado law, cannot become absolute until the city builds the dams (both over 150 feet high and about 1,200 feet across). The resulting reservoirs would be fairly small, 85 acres and 120 acres respectively. But both would be partly inside the Snowmass-Maroon Bells Wilderness. That’s why an otherwise routine court filing is now a major controversy and serious legal issue (dams and reservoirs are not allowed in wilderness areas, without an Act of Congress or a waiver from the president).

The Colorado water court received opposition statements from the U.S. Forest Service, as expected (the site is in White River National Forest), and also from four powerful environmental groups, and four wealthy landowners, including the billionaire Hyatt Hotel heir, and CEOs from California, Florida, and Hong Kong.

The legal argument centers on one of the bedrock principles of Western water law. It is called the “can and will doctrine,” which is obscure enough that even Google finds no reference to it. It simply means that in most Western States, including Colorado, speculation in water rights is prohibited. In order to be granted conditional water rights, applicants must prove that they “can and will” actually build the required facilities. Otherwise, organizations, companies, or individuals could file on streams merely to keep others from doing so, or to make money by selling paper rights. Water is much too dear in the West for such abuses of the system, which was vital to guarantee actual availability of actual water.

The environmental groups opposing Aspen assert that the city doesn’t need the water, though that is a difficult case to make against any growing city. One opponent says the city is speculating and doesn’t really intend to build the reservoirs, but proving someone else’s intent is always problematic. However, opponents have also raised the “can and will” argument, writing that the city cannot legally build a reservoir there even if it really wants to. That is a more serious hurdle for Aspen.

In truth, the Forest Service rarely grants permits for dams anymore, and the designation of the wilderness area by Congress would surely prohibit the agency from doing so even it wanted to. In fact, Aspen has never even applied for such a permit. Thus, it is difficult to see how the city might prove that it “can and will” build the two dams.

That is why the federal government now argues that Aspen “cannot show that it can and will” complete the two reservoirs “within a reasonable time,” because the laws prescribing management of the wilderness area forbid it.

The usual environmental arguments are also being made, of course. One group says “Building dams on free-flowing streams in one of Colorado’s most iconic wilderness areas is the last approach we should be taking to meet water needs in the 21st Century.” Another predicts “significant environmental damage: severing the streams in two, flooding important riparian habitat, and reducing the ecologically critical spring peak flows.” Yet another group simply says it wants “to make sure that dams are never built on Castle or Maroon Creeks.”

All of the opponents can and will question Aspen’s need for more water in the future, and all of them are right about what a difficult legal battle looms for anyone seeking to inundate even one acre of a national wilderness area. But none of them mention the incredible irony of a city known worldwide for its environmental sensitivity waging such a battle in the first place.

Aspen is surrounded by federal lands, and so its economic future is in the hands of unelected officials. As the Free Range Report editor aptly concluded, the mostly liberal and environmentally-minded people of Aspen may someday need to rethink their love affair with centralized federal control of all the important local resources.