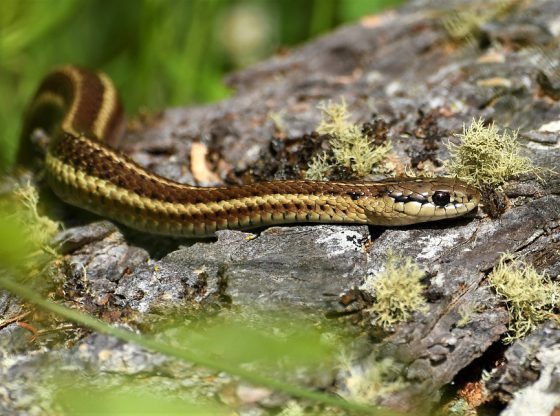 The Center for Biological Diversity, a radical “sue and settle” group intent on pushing agriculture and other human activities off public lands, is suing the U.S. Fish and Wildlife Service to lock up three-quarters of a million acres as a sanctuary for garter snakes.

The Center for Biological Diversity (CBD), a radical “sue and settle” group intent on pushing agriculture and other human activities off public lands, is suing the U.S. Fish and Wildlife Service (FWS) to lock up three-quarters of a million acres as a sanctuary for garter snakes. The complaint, filed on December 20 of 2018, is the effort by CBD to force FWS to follow through on a proposed 2013 rule that would create new “critical habitat” of 421,423 acres for the northern Mexican garter snake, and another 210,189 for the narrow headed garter snake. As a result of earlier lawsuits by CBD, in 2014 FWS finalized its designation of the snakes as endangered, despite the fact that the two species are found in many locations in Mexico, New Mexico and Arizona.

The lawsuit’s demands place the onus on FWS to not only set aside large swaths of land for the snakes, but it would also require that the following conditions are met in the “critical habitat”:

(3) a prey base of viable populations of native amphibian and fish species,

(4) an absence of nonnative fish species of the families Centrarchidae and Ictaluridae, bullfrogs, and/or crayfish.

(4) an absence of nonnative fish species of the families Centrarchidae and Ictaluridae, bullfrogs, and/or
crayfish.

See the PDF of the full complaint here

Although it refers to itself as a non-profit organization, for decades The Center for Biological Diversity has taken advantage of the Equal Access to Justice Act (EAJA),–which was passed to aid citizens seeking redress by requiring the government to pay legal fees in losing cases–suing the federal government and taking in millions. A July 2012 hearing in the House Committee on Natural Resources titled “Taxpayer Funded Litigation: Benefiting Lawyers and Harming Species, Jobs and Schools” addressed CBD’s disingenuous exploitation of the Endangered Species Act to extract millions out of the government. CBD’s equally radical sister group, WildEarth Guardians, another so-called “non-profit”, has also reaped fiscal benefits from abuses of the EAJA. The hearing transcript states:

According to information the Committee has obtained from the Justice Department, over $21 million has been paid out in attorney fees in recent years. And that is just what we know. And as seen by this map up here, the costs of the ESA litigation are high throughout the country, but much worse in the Western part of the United States. Not surprisingly, the majority of ESA lawsuits are filed by the same handful of organizations, with the Center for Biological Diversity and WildEarth Guardians leading the pack. According to one report, attorneys’ fees and Federal grants accounted for 41 percent of WildEarth Guardians’ revenue in 2010. So apparently, it does “pay to play.” It is clearly appropriate to ask, in these tight fiscal times, whether taxpayers should subsidize groups that sue taxpayers in return. While a few environmental lawyers rake in the Federal cash at hundreds of dollars per hour, the needs of truly endangered species suffer. More seriously, American jobs are lost and people are hurt…

A recent Center for Biological Diversity report claims that the ESA is sufficiently recovering species. CBD claimed success by using data for only 110 of the listed species that have federally-approved recovery plans. This “cherry picking” less than 10 percent of the total listed species data seriously diminishes their report’s credibility.

Over the years, CBD has brought countless lawsuits against the federal government and has recently upped its game, waging war against the Trump Administration’s efforts to loosen regulations on industry and increase access to public lands. But CBD’s parasitic relationship with the federal government is not its only approach to “environmental justice.” The “Endangered Species Condoms” project is another way CBD is spreading its radical anti-human message. The homepage of endangeredspeciescondoms.com states:

Every day we add 227,000 people to the planet. And every day, dozens of wildlife species are lost forever. Human population growth — along with our reckless overconsumption — is driving the sixth mass extinction crisis. But we can still save wildlife, by choosing to stop hogging the planet.

Our runaway population growth is too often ignored by the public, the media and even the environmental movement. Endangered Species Condoms offer a fun, unique way to break through the taboo and get people talking about the link between human population growth and the wildlife extinction crisis.

It’s probably safe to assume, however, that CBD doesn’t really want to wipe humans off the face of the earth entirely. After all, if the American taxpayers funding government agencies go extinct, so does their bottom line.