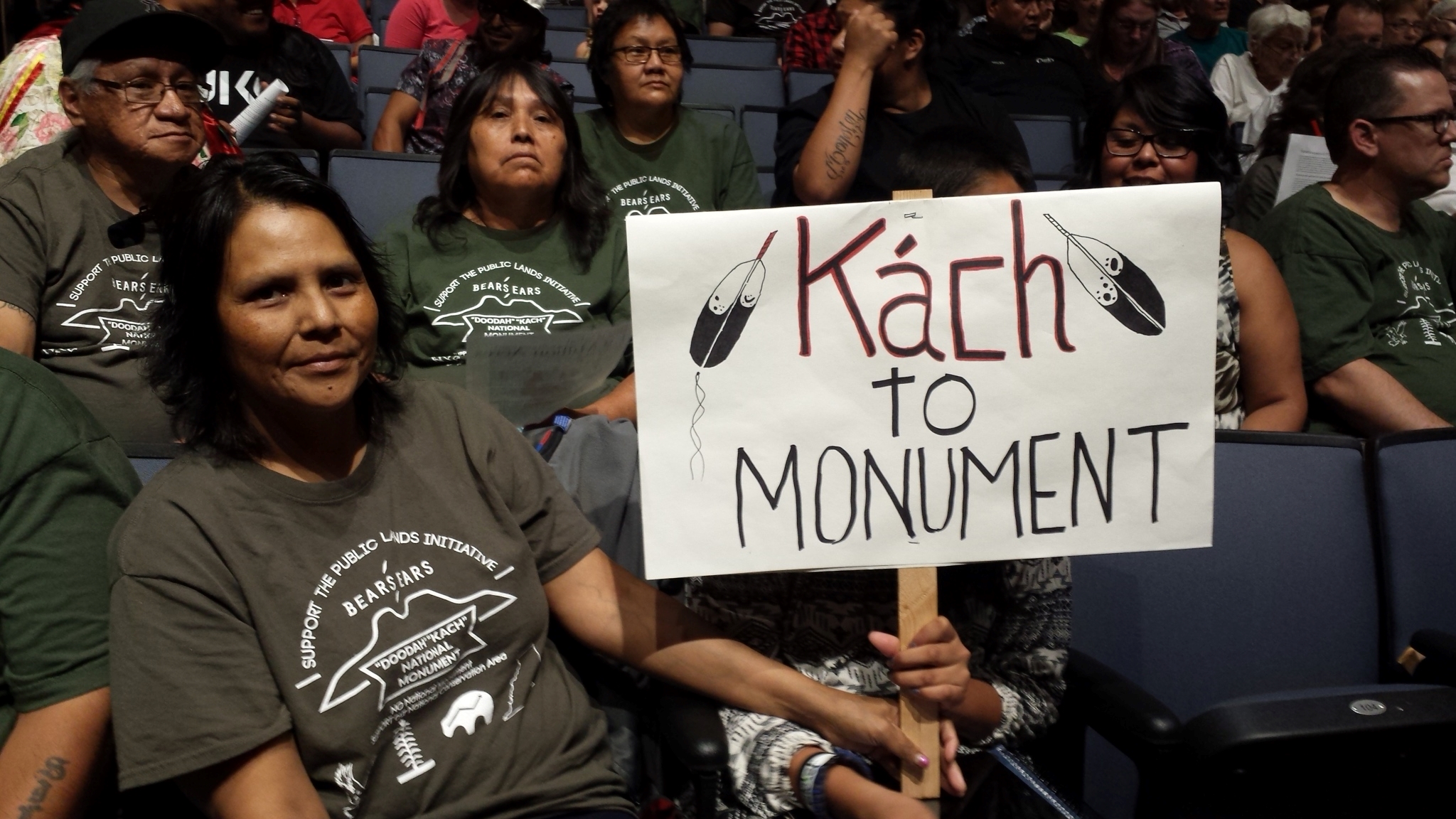 Ranchers, farmers, rural people and local leaders in Western states have long suspected collusion between extreme environmentalists and officials in the highest offices of the federal government. And to be honest, the Administration, Interior Secretary Sally Jewell, and hard-left ‘conservation’ groups have not been shy about their cozy relationships. But within one of the numerous WikiLeaks email ‘dumps’ from the inbox of John Podesta, is a disturbing new point of collusion; that with the campaign chief for the Democrat nominee–who has not yet been elected.

John Podesta is known as one of the most active and radical operatives connected to both the Obama Administration and the Clintons, and the email thread between himself and Mike Matz of the PEW Charitable Trusts, makes it clear that the push to use national monuments to freeze millions of acres through executive orders, is a planned and coordinated attack on the West, and will not end if Hillary Clinton is elected.

Matz then goes on to portray the monuments push as a “Sisyphean task” to be overcome by those in power:

But part of it is a sense we gather that key staff simply feel worn down by the lack of enthusiasm of, or even opposition by, departmental leadership. For those who have been effective advocates within the department and agencies, it’s been a Sisyphean task internally of late and they’re getting tired of the uphill struggles, at a point when they should be feeling very positive and upbeat about the prospects.

Matz then details to Podesta the states targeted, and what obstacles have been encountered, such as Congress and local opposition. In Utah, Congressmen Jason Chaffetz and Rob Bishop are cited, and Matz is displeased that the elected officials are putting up hurdles which did not exist in Idaho, with Representative Mike Simpson at the helm:

Reps. Rob Bishop and Jason Chaffetz have issued a draft proposal for land protection and exchanges in seven counties of eastern and southeastern Utah. It is a bad proposal that has drawn the opposition of every conservation organization involved in this three-year process.

Bishop purposefully included language which weakens management of public lands designated as wilderness, sets bad precedent on transfer of federal lands to the state, and apparently intends to go even farther to the development side when the bill is introduced. Under the guise of “certainty,” he intends to add a provision which would preclude future use of the Antiquities Act in those seven counties, which we’ve made clear all along was unacceptable. In other words, he put together a proposal that would by design engender stiff opposition from the conservation community.

This situation is a very different set of dynamics to that which occurred in Idaho with Rep. Mike Simpson, which worked as planned—Simpson was able to leverage Congressional action on his very acceptable, poison-pill-free Boulder-White Clouds legislation because of the looming possibility of a national monument proclamation.

Reps. Bishop and Chaffetz meet with Secretary Jewell this week. It is imperative that she send the message that a national monument is a very distinct possibility, which she has unfortunately not been very clear about previously and, in fact, has sent signals that these members of the Utah delegation interpret as a commitment not to proclaim a national monument. The monument proposal, called Bears Ears and located in just San Juan County, is put forward by a coalition of Native American tribes, including the Navajo Nation and the Ute Mountain Utes (who are interested in co-management through an MOU).

Bishop and Chaffetz can certainly get this bill of this type through the Natural Resources Committee and even the full House on a partisan basis. However, it would not get through the Senate. Bishop may have calculated that getting it through on his side does make it available for inclusion in some sort of land package at the end of this second session of the 114th Congress.

But in the end, if it goes down or isn’t included, they want blame to be placed squarely with the conservation community. Then, if a national monument for Bears Ears is proclaimed, they can use that “executive overreach” and “denial of locally driven solutions” as fodder to again go after the Antiquities Act.

Matz expresses to Podesta his worry that if a Bears Ears National Monument–which is widely opposed by most Utahans, especially those in San Juan County–were to be proclaimed, the ‘conservation community’ would be blamed.

Matz goes on to explain impediments in other states–by scapegoating the Malheur protesters, He also lauds the work of willing legislators:

The Obama Administration has asked for viable opportunities to proclaim national monuments in the eastern U.S. Since the Elk River chemical spill in 2014, Senator Joe Manchin has said he wants to craft legislation that preserves clean and clear water for West Virginia, and has a perfect opportunity to do so for the “Birthplace of Rivers,” which is recommended by the USFS in its management plan for enhanced protection; however, he has been difficult to pin down, and while Sen. Capito and Rep. Jenkins have responded positively, they have indicated they will follow Manchin’s lead. USFS and CEQ in DC are supportive.

More public rumblings about a potential national monument for this place could help spur Manchin to introduce legislation, which in turn could provide the basis for a proclamation if Congress doesn’t do anything. With the Flint water crises currently at the forefront, this could be a very good one for the Administration to move on.

Matz ends with Oregon and the Owyhee proposal, which as been opposed by a large, and growing, grassroots movement called “Our Land, Our Voice.” (note that again, Matz lays blame on the Malheur occupation for causing a major ‘hiccup’) This local movement simply advocates for Congress to have a role in the creation of national monuments, and its premise is personal; the lives, livelihoods, and futures of the locals within the proposal’s boundaries are at stake. Nevertheless, Matz wants Oregon’s Democrat Senators to be ‘more forceful advocates’ for the Owyhee land grab:

The coordination between PEW’s Matz and Podesta poses a pregnant question: Why is the top advisor to Clinton in her presidential campaign, who no official role in the Obama Administration, seen as the go-to guy by a left-wing environmentalist foundation? Although Podesta has worked for the Obama Administration, he is not supposed to be involved in formulating or advocating for policy at any level or in any matter. As the campaign chief for Hillary Clinton, Podesta’s communications with Matz of PEW, may constitute a significant and disturbing ethical breach. But where morality and ethics are dismissed an inconveniences within the current Administration, and the Left’s hoped-for Obama successor, one thing stands out; the West is targeted by radicalized special interests, and Clinton, like her predecessor, will be happy to oblige them.

The ranchers and their associates who gathered at the Malheur Refuge to peacefully protest the imprisonment of the Hammonds on federal terrorism charges, have been demonized by leftist operatives from the top down. It’s now more clear why they became the focus of enmity from the environmental Left; their actions ‘delayed’ and caused a ‘hiccup’ in the Obama/Clinton plan to push Americans off their lands, and lock up those lands ‘forever.’

The ‘Save the Bears Ears’ coalition in Utah, as well as ‘Our Land, Our Voice,’ are still rallying local and national support for their efforts in Utah and Oregon to stop this executive overreach in its tracks. They should take heart that they are presenting hurdles to the Obama/Clinton national monuments strategy that would steal millions of acres out of the hands of ranchers, farmers, Native Americans, loggers, and others in the West, and place them into the hands of federal agencies, and radical environmentalists.