Part 2: The Goading of The West In the Crossfires of Constitutional Confusion

Home /BLM, Bundy Ranch/Part 2: The Goading of The West In the Crossfires of Constitutional Confusion

“Undoubtedly, guns aimed by a government at its own citizenry is telling of amplified tensions. What is this war on the west about?”

LaVoy Finicum and the Bundy Family

The judges presiding over the Bundy and LaVoy Finicum cases now have grave work on their hands. There is more than one elephant in the room here, as we have a culture that works for differing governing bodies paid by the American taxpayer, most of whom seem to have missed the chapters on basic constitutional requirements during their elite law school educations.  There they are part of an oligarchy which has lost sight of where the steaks and potatoes filling their grills on the weekend came from.

I believe in a God who knows about the skeletons in the closet/s of each and every soul. The Bob Dylan song called, “Serve Somebody” spells out a portion. Both good works and evil works done in public or in private, or under the guise of ‘judicial necessity,’ are known to God. Who is our Judiciary serving, God or Mammon? What guides their judgments, the Constitution of the United States, or political agendas?

And yet we mortals grapple, and interpretations coming out of the judicial branch ever seem to be drawn from a foreign aristocracy that has drifted from the harbor of common sense. The phrase, “common sense” was popularized by the pamphlet written by Thomas Paine, and circulated anonymously January 10th, 1776, exactly 240 years and 6 days prior to the day LaVoy Finicum’s was illegally deprived the most basic requirements in the due process of law.

Still, the impenitence of those who took LaVoy Finicum’s life, and the federal agencies directing them, is so persistent that aggrieved voices have rebounded a cold and a hollow echo of obscure concealment.  No conspiracy theories necessary. The rebound of course will certainly attempt to justify such gross actions with bypassing constitutional precepts and requirements, but it can no longer be disputed that if there are two sides to the grapple between powers of; the people, the counties, the states, and the federal government, only one side now has blood on its hands.

My father, who years ago frequented weekend getaways on motorcycles throughout the vast Utah wilderness, also contemplated the tensions between the federal and the state and the ‘environmentalists.’ I once asked him what I thought was a rather eccentric question.  “What if” I asked, “the day comes that an individual or individuals are killed because of these citizen vs federal government/special interest tensions?”  I went on, “Will ‘the other side’ then come around and will individuals recognize then that these public battles need to come to an end?”  I’m astonished by those who have actually been so utterly past feeling so as to somehow justify, even celebrate, the government taking the life of LaVoy Finicum.

When they are posed with the question, however, as to whether or not they themselves would have stood behind one of those pine trees and would have shot a man with his hands in the air with a sniper rifle, their armchair critic attitudes become silence or diversion. If individuals are so utterly partisan, or egotistically driven that they are unable to cross political aisles at the sights or sounds of innocent blood being deprived due process, then we are in dire need of fundamentally going back to square one. We must remember why our Constitution was authored the way it was.

While contemplating the injustices of federal overseers, with which I’ve lived with my entire life, where the majority of the State of Utah has been forced to tolerate federal misinterpretation, I asked myself, ‘what the penalty is for a government that deprives the U.S. Citizen the due process of law?’  A significant portion of those answers are found in the 2nd amendment.  The 2nd amendment is one of those portions of the constitution that sits there as a big, ‘thank goodness’ when it comes to considering the rise of a Hitler. The Jews and persecuted minorities of Nazi Germany had no 2nd Amendment to protect them against their government, but the persecuted ranchers and landowners in the West, take this basic right very seriously.

There are now possibly two instances at least, with the illegal seizure of Cliven Bundy’s cattle and property at gunpoint by the BLM, and, although the case of LaVoy Finicum has not been adjudicated, this Arizona rancher who protested in Oregon. Those involved with the Finicum shooting are under still investigation, but video analysis seems to show that he was shot by an agent first, while his hands were in the air, before he reached toward his waistband.

This is a reality that should not bode well with anyone living in these ‘United’ states–in quotations because we can’t witness such incidents without becoming fully aware that there is at least enough disconnect between state and federal to have resulted with such travesties. The federal government is not solely responsible for these confrontations. During the ‘Oregon standoff’ the governor of Oregon, Kate Brown, fed a horribly misguided narrative to the FBI.

Argue what the other side shall, the 2nd amendment is there as a protection without retaliation for one to react with equal defense to lethal threat. In a healthy and well functioning republic, or even amid a mediocre democracy, tensions between the people and the government can’t be ignored.

To date, I have been unable to locate the law(s) cited by the federal judge who issued the seizure of Cliven Bundy’s cattle at gunpoint, or the other law(s) that give the Bureau of Land Management permission to act as they have. To date, I have petitioned for anyone to make the public aware (another ‘freedom of information’ act) with no response.

These are the same agencies accusing the hands that feeds them of being lawless. The Western states cannot continue to tolerate this prejudiced narrative. More and more our lives, and the lives of our children and future posterity, depend on eliminating ambiguities and contradictions between Constitutional principles and acts such as the FLPMA act of 1976. The Western states must have constitutional clarity so that citizens are not caught in the lethal crossfires of such confusions.

What is amiss here?

Undoubtedly, guns aimed by a government at its own citizenry is telling of amplified tensions. What is this war on the west about?

Federal agencies can’t ignore due process and aim guns at civilians without first communicating what law(s) are being acted on and why the citizen(s) must conform. Americans need to remember that federal agencies can’t pass laws. They only power they hold is to issue regulations, yet they act as if they are in themselves, another branch of government, combining lawmaking, executive, enforcing and interpreting powers in themselves.

What, and where, otherwise, is our public conscience? Some leaders have taken steps to disarm officers serving in regulatory agencies such as the BLM. Still others have put forth the idea that such agencies should be defunded. But ultimately, the answer lies with states exerting their appropriate powers. As one Utah leader recently stated, “I want state land decisions to be had from amid the communities where they are with certain parameters and limitations decided amid the communities of the states.” 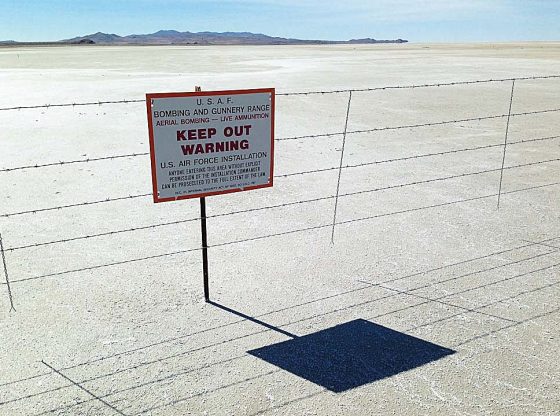