Earlier this week, news broke that President Barack Obama intends to lock up wide swaths of Utah’s public lands by designating 1.4 to 1.9 million acres as the Bears Ears National Monument.

It appears that Utahans’ calls – from our entire congressional delegation, Gov. Gary Herbert, the state Legislature, local Native American groups and all of San Juan County’s commissioners and city councils – for the president to stay his hand have fallen on deaf and apathetic ears.

Unfortunately, such action is not a new phenomenon but has played out time and again as presidents across the political spectrum have imposed their will through an unjust and un-American law.

Since 1906, all but three presidents have used the Antiquities Act to bypass congressional and local opposition to designate national monuments. These presidential proclamations secure their signers’ place in history through the political speeches, bronze plaques and fanfare surrounding them. What history neglects to reflect, however, is that such unilateral designations fly in the face of the democratic process and often hurt rural communities.

The turn of the 20th century saw widespread destruction, looting and desecration of our nation’s historical sites and natural wonders. In an attempt to preserve these cultural resources, President Theodore Roosevelt and Congress acted collaboratively to pass the Antiquities Act. In addition to making the disturbance or destruction of our nation’s cultural resources illegal and punishable by a fine and imprisonment, it also gave the president authority to set aside national monuments with just the stroke of a pen. These designations were to be “confined to the smallest area compatible with the proper care and management of the objects to be protected.” While the intent to preserve and protect our nation’s treasures was pure, this legislation subverted the democratic process and paved the way for presidential abuse.

In recent decades the good intentions of the Antiquities Act have been abused and exploited to promote self-interest and engage in political gamesmanship. National monument designations have become a way for presidents to leave their mark on history and gain favor with environmental groups. These accolades encourage presidents to deviate from historical norms and designate more monuments of greater and greater size. According to National Park Service data, newly designated monuments averaged 15,573 acres in 1906. National monuments designated in 2016 average 715,258 acres – more than 45 times the size of those created 110 years ago. The power that was intended to protect limited areas has turned into a mechanism for presidents to glorify their names. This mentality shows little care for the interests of the rural communities that neighbor national monuments and of the people who are most impacted by their creation.

For example, President Bill Clinton’s 1.7-million-acre designation of the Grand Staircase-Escalante National Monument in Utah’s Kane and Garfield counties has economically devastated the region. A once-thriving ranching industry is becoming a shadow of its former self. Twenty years after the designation, the number of animals grazing on the monument has declined by almost a third, corresponding with lost jobs and an annual loss to the local economy of more than $9 million. For the small rural counties of Kane and Garfield, whose combined population numbers less than 15,000, this has had a profound and lasting impact.

Those ranchers still in the area face an uphill battle. They struggle to extend or move water lines within their allotments, fence riparian areas, maintain roads or take other necessary measures to ensure the health and safety of their livestock. This has slowly pushed cattle off the range and ranchers off the land their families have worked for generations. In 2015, Garfield County was forced to declare an economic and scholastic state of emergency, as many of its residents have left seeking employment elsewhere.

Such economic loss is not unique to southeastern Utah. It has played out across the West time and again alongside national monument designations. It can, however, be avoided in the future by incorporating the democratic process into monument designations through congressional oversight and local input.

Adding the voices of locals and their representatives who care for and love public lands the most will improve the monument designation process by mitigating the selfish disregard that presidents have shown for rural Americans. This is about more than just land; it is about people — and about preserving the ideals on which our nation was built.

Matthew Anderson is a policy analyst at the Coalition for Self-Government in the West, a project of Sutherland Institute. 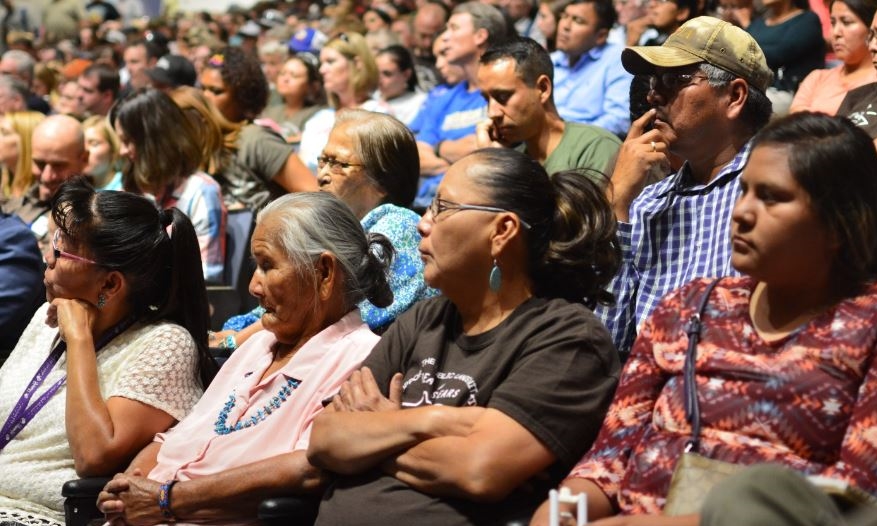