Zinke, drain the swamp before relocating Interior agencies to the West 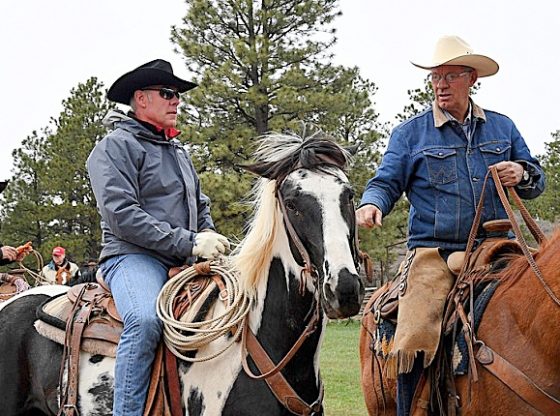 The era of replacing science-based resource management with heady, specious ‘environmentalist’ theories formulated by radical special interest groups needs to end. If Interior is to have any legitimacy at all, those it hires to serve the people of this country must have the best interests of the country as their top priority.

Editors note: It’s the position of Free Range Report that the ‘swamp’ needs to be drained, not just relocated. We urge Interior Secretary Zinke to unload the urban bureaucrats now running Interior agencies with retirement packages, buyouts, etc., and hire locally. Once headquarters are moved to the West, keep it light on administration, and hire agents based on real-world knowledge of forestry, soil science, water, grazing rights, wildlife management, fire mitigation, etc. The era of replacing science-based resource management with heady, specious ‘environmentalist’ theories formulated by radical special interest groups needs to end. If Interior is to have any legitimacy at all, those it hires to serve the people of this country must have the best interests of the country as their top priority.

Interior Secretary Ryan Zinke launched an unprecedented effort Wednesday to undertake the largest reorganization in the department’s 168-year history, moving to shift tens of thousands of workers to new locations and change the way the federal government manages more than 500 million acres of land and water across the country.

The proposal would divide the United States into 13 regions and centralize authority for different parts of Interior within those boundaries. The regions would be defined by watersheds and geographic basins, rather than individual states and the current boundaries that now guide Interior’s operations. This new structure would be accompanied by a dramatic shift in location of the headquarters of major bureaus within Interior, such as the Bureau of Land Management and the Bureau of Reclamation.

As part of the reorganization, Zinke brought 150 Senior Executive Service staffers to Washington this week to explain his proposal, get their input and split them into working groups that discussed ways to streamline the Bureau of Land Management, Bureau of Reclamation, Fish and Wildlife Service and other key agencies. Participants identified alternative cities outside Washington, Denver and Albuquerque where thousands of employees could live with suitable schools and homes they can afford. The department has 70,000 employees.

In a Wednesday interview with The Washington Post, Zinke said reorganization is his largest priority, in addition to shoring up the National Park Service’s crumbling infrastructure, with its $12 billion shortfall for maintenance of buildings, roads, bridges and other projects.

“If you look at the way we’re presently organized, all the bureaus under Interior have different regions . . . and are not aligned geographically,” Zinke said. For example, a single stream with trout and salmon can fall under multiple agencies, one for each fish, another for a dam downstream and yet another to manage the water, and each generates reports that often conflict.