Would $175 per-cow tax save the planet, or leave us in the dark?

Home /Extreme Greens, latest_news, Livestock, Run Amok/Would $175 per-cow tax save the planet, or leave us in the dark? 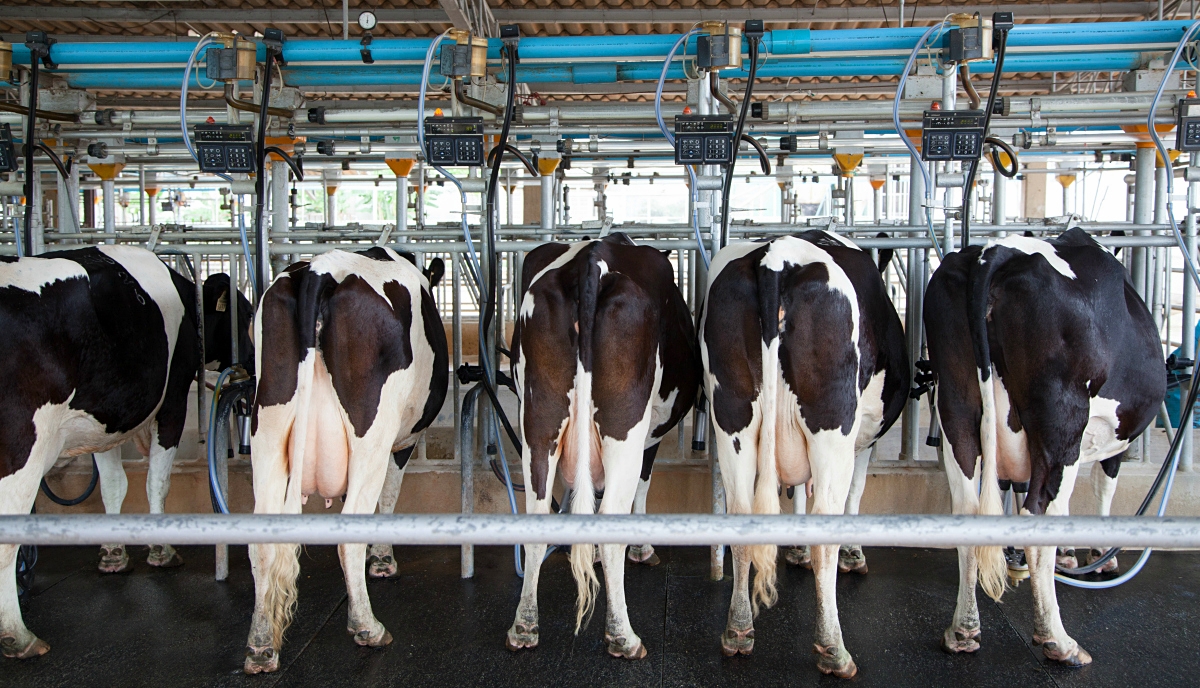 They say the most harmful gas is methane, and the largest source of methane emissions is cattle. As a result, several states are considering proposals to tax livestock. One common version introduced in several states would levy a tax of $175 per cow on ranches with more than 200 cows.

Eating Tofu in the Dark

The U.N. International Panel on Climate Change has warned for 29 years about greenhouse gases warming the planet beyond its ability to sustain life. They say the most harmful gas is methane, and the largest source of methane emissions is cattle. As a result, several states are considering proposals to tax livestock. One common version introduced in several states would levy a tax of $175 per cow on ranches with more than 200 cows.

Would such a tax actually improve our environment, or the Earth’s ability to sustain life? Not likely, since cows have no way of knowing if their owner has paid the tax (most cows don’t even know they have owners). So what would the result of such a tax be?  Either we would have fewer cows, and thus a smaller and more expensive food supply; or we would have to get a larger share of our food from imports (like our oil); or the number of animals would stay the same and state revenue would increase. None of those scenarios have anything to do with global warming — they’re all about money.

If legislators were really concerned about cattle destroying the Earth’s ability to support life, why wouldn’t they simply ban cows? That would be the most obvious solution to such a problem, but not once in its 29 years of leading this discussion has the U.N. panel ever proposed banning cows. Al Gore spent eight years in the House, eight in the Senate, eight as vice president, led the first congressional hearings on global warming, and wrote four best-selling books and an Oscar-winning film on climate change, but never once proposed banning cows.

So many of today’s environmental debates are based on false premises — all about money, power, and control, not really about the environment at all. That is truly sad because so many Americans are so passionate about clean air, clean water, forest health, wildlife, endangered species, public lands, climate, and other environmental concerns. That includes me, my friends, my family, and almost everyone I know. But we are often frustrated by the anger engendered by an insincere environmental industry. These issues have become angry, bitter, contentious, divisive, and litigious, instead of genuine conversations about how to maintain clean and healthy surroundings.

In case there is any remaining doubt about the big money agenda, a new report was just released from a group of executives who want to elevate the global warming debate to a new level. It calls itself the Energy Transitions Commission (ETC) because it seeks to “transition” much of the world away from our use of the energy it takes to build a prosperous society. One of its key leaders is Al Gore, who continues to fan the flames of a crisis designed to create vast sums of money. The new report calls for countries to spend more than $12 trillion over the next two decades on renewable energy projects, new buildings, and efficiency equipment.

The report claims that “additional investments of around $300-$600 billion per annum do not pose a major macroeconomic challenge.” People who imagine that spending such an unfathomable amount of money would pose no major challenge have a perspective on money that most of us mere mortals simply cannot relate to. The ETC is, of course, a collection of super-wealthy business executives, investment bankers, and activists like Gore, all of whom would no doubt profit from the trillions of dollars in investments they propose.

That’s why much of the ETC’s funding reportedly comes from Royal Dutch Shell, a major producer of natural gas, which Shell says helps fight global warming. Thus, the ETC report mostly targets emissions from coal use (not those from natural gas, or cows), proposing “a rapid decrease in unabated coal consumption, a peak of oil in the 2020s and a continued role for gas…”

Predictably, ETC seeks to drive up the price of coal beyond our ability to pay the electric bill, proposing increases in coal prices “reaching approximately $50 per ton in the 2020s and rising to around $100 per ton in the 2030s… to reinforce regulatory-driven improvements in energy productivity and to prevent falling fossil fuels prices from undermining the pace of the energy transition.” In other words, it will not happen without both the massive government subsidies for renewables and the regulations to kill coal.

That is a “transition” most of us will not choose if given the choice. We still need electric lights so we can see to eat our steak.