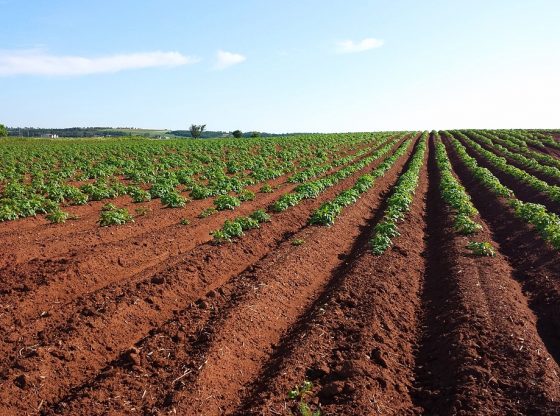 Mr. Duarte also has a nursery business near Modesto and employs 600 people every year. He has already paid over $2 million in legal bills, but the restoration sought by the government would kill the business. Perhaps that was the goal. As Mr. Duarte aptly put it, “We’ve got the federal government attempting to ruin our business and destroy 600 jobs, because we planted wheat in a wheat field.”

The notorious legal case of California farmer John Duarte was finally settled last week. But the fact that it ever got to court should worry everyone who likes to eat. The case continued the decades-long devolution of a society that apparently places a fairly low priority on feeding itself. Wetlands are considered more important.

The case began five years ago, when Mr. Duarte planted wheat in a field on his northern California farm, where wheat had been grown by previous owners. The federal government accused him of illegally tearing up “fragile wetlands” in violation of the Clean Water Act. A judge in Sacramento agreed, ruling that the field qualifies as “waters of the United States,” which cannot be disturbed without a federal permit. The government sought to impose a $2.8 million fine and up to $45 million more to restore that field — and other wetlands elsewhere just for punitive good measure.

Mr. Duarte also has a nursery business near Modesto and employs 600 people every year. He has already paid over $2 million in legal bills, but the restoration sought by the government would kill the business. Perhaps that was the goal. As Mr. Duarte aptly put it, “We’ve got the federal government attempting to ruin our business and destroy 600 jobs, because we planted wheat in a wheat field.”

The case became a national cause among farm groups and property-rights advocates; the Farm Bureau and others helped raise money for Mr. Duarte’s legal defense.

For its part, the government argues that it has been 20 years since wheat was grown in that field. In the intervening years, officials say the field has become wetlands that provide important habitat for birds and animals. That is undoubtedly true, as all wetlands — including irrigated farmland — provide habitat. Does that mean we should therefore stop farming, or any other activity that disturbs wetlands?

That is the crux of the debate raging for the last few years over the definition of “waters of the U.S.” It is a phrase from the Clean Water Act, which prohibits any activity that might affect “waters of the U.S.” without a federal permit. That includes “wetlands,” which have always been poorly defined. The intent of Congress, in passing the Act in 1972, was to stop water pollution, “to restore and maintain the chemical, physical and biological integrity of the Nation’s waters.” The law prohibited the discharge of any pollutants, including dredged or fill material, into “navigable waters,” defined as “the waters of the United States, including the territorial seas.” Nothing in that law includes, or was ever intended to include, farming.

In fact, Congress specifically exempted some water pollution sources, including agricultural discharges and irrigation. Some leaders feared the impact on farming if it were not exempt. Thus, when Congress strengthened the law in 1977, and again in 1987, it continued agriculture’s exemption, instead authorizing EPA grants for research and development of better management practices. To reassure farm groups concerned about federal regulation, Congress included explicit language to ensure that normal agricultural activities would continue, completely outside the permitting jurisdiction of any federal agency. That included construction of farm roads, stock ponds, irrigation, and agricultural drainage. Sponsoring Sen. Edmund Muskie (D-Maine) promised that exempt activities such as normal farming activities and agricultural drainage would be entirely unregulated.

In other words, the Clean Water Act was always intended to protect navigable waters, those with commercial activity involving ships and boats. Sources of pollution that could impair those waters were to be regulated, but not farming. Without that exemption, the law would never have passed. The expansion over the last 40 years of the meaning of “navigable waters” is entirely a creation of the executive branch, over-reaching by the Environmental Protection Agency, the Army Corps of Engineers, and courts.

The Obama EPA proposed a new definition of “Waters of the U.S.,” trying to extend federal jurisdiction over virtually all water anywhere, including farms. The courts halted it, and the new administration has withdrawn it. EPA Administrator Scott Pruitt was specifically asked about the Duarte case during his Senate confirmation hearings, and committed to “stop trying to regulate ordinary farming practices.”

Last week, as the penalty phase of the Duarte case was headed for trial, it was quietly settled out of court, for $1.1 million in fines and mitigation expenses. To its everlasting credit, the new administration has relegated this case to history’s dust bin, where it belongs. They’re working on a new definition of “waters of the U.S.,” one that will allow farmers to continue feeding us.