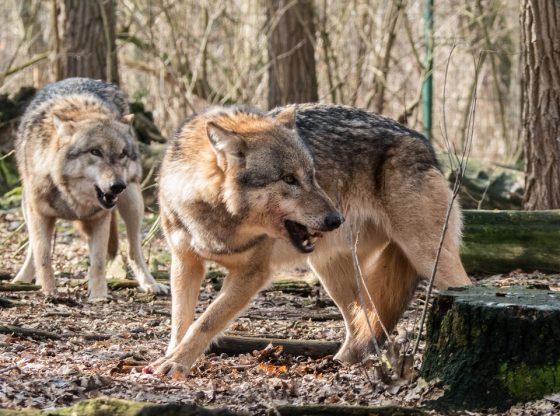 In another significant change, one of the three strikes against a pack can be a “probable” depredation. Previously, only “confirmed” kills were counted, leaving out cases in which wildlife investigators were fairly sure wolves had killed livestock, but too little of the carcass remained to show wolf bites.

Washington wildlife managers have issued a new wolf-control policy that calls for lethal removal sooner, but with the hope that quicker action will ultimately mean killing fewer wolves to deter packs from attacking livestock.

The policy also commits the state Department of Fish and Wildlife to initially shooting one or at most two wolves and pausing to see how a pack responds. In past cases, WDFW started with plans to shoot several wolves.

“The goal is to interrupt the behavior pattern earlier,” WDFW wolf policy coordinator Donny Martorello said. “If we can do that by removing one or two animals, good. If not, we can take the next incremental step.”

WDFW’s use of lethal control has been a flashpoint since wolves began returning to Washington a decade ago. WDFW last summer shot seven wolves preying on cattle in the Colville National Forest in northeast Washington. The action angered environmentalists, but one ranch still lost an estimated 70 cattle to wolves.

The new policy reduces to three from four the number of depredations to trigger lethal removal.

In another significant change, one of the three strikes against a pack can be a “probable” depredation. Previously, only “confirmed” kills were counted, leaving out cases in which wildlife investigators were fairly sure wolves had killed livestock, but too little of the carcass remained to show wolf bites.

“Going to lethal earlier is definitely the right way to go,” said northeast Washington rancher Arron Scotten, who regularly attends meetings of the department’s Wolf Advisory Group as an observer. “I believe we made progress when it comes to the meat and potatoes of the protocol.”

WDFW’s policy applies to only the eastern one-third of Washington, where a large majority of the state’s 115 wolves roam. Wolves are federally protected in the rest of the state and aren’t subject to lethal control.

WDFW Director Jim Unsworth ultimately decides whether to resort to killing wolves. The policy states he won’t consider lethal removal until non-lethal measures — such as cowboys and guard dogs — have proved ineffective.

The environmental group Conservation Northwest, which is represented on the advisory group, said in a statement that the new policy balanced wolf conservation with the interests of rural communities in wolf country.

The Center for Biological Diversity and the Western Environmental Law Center, which aren’t on the advisory group, issued a joint statement criticizing the policy, saying it could lead to wolves being killed too quickly.

Last summer, WDFW initially planned to shoot up to five wolves in the Profanity Peak pack. Under the new policy, WDFW could have started the operation nearly three weeks earlier, but with plans to shoot only two wolves.

Cattle Producers of Washington President Scott Nielsen said the incremental approach made sense. “For the first action, I think it’s reasonable,” he said.

Nielsen, however, warned that by the time WDFW documents three depredations, pack behavior will be tough to break by removing one or two wolves. Rugged terrain conceals scattered remains, and wolves kill far more cattle than are documented by WDFW, he said.

“It’s a step in the right direction. I’m glad to see they at least improved,” Nielsen said. “But by the time you have two confirmed and one probable depredation, it’s too late. You have a habitually depredating pack. The rancher probably has over 20 depredations.”

Hedrick said he hoped wolves won’t attack the cattle, but that he won’t be surprised if they do. “There’s really nowhere you can graze where wolves aren’t anymore,” he said. “There’s nothing we can do differently. As far as human presence is concerned, we’re in the cattle all the time.”