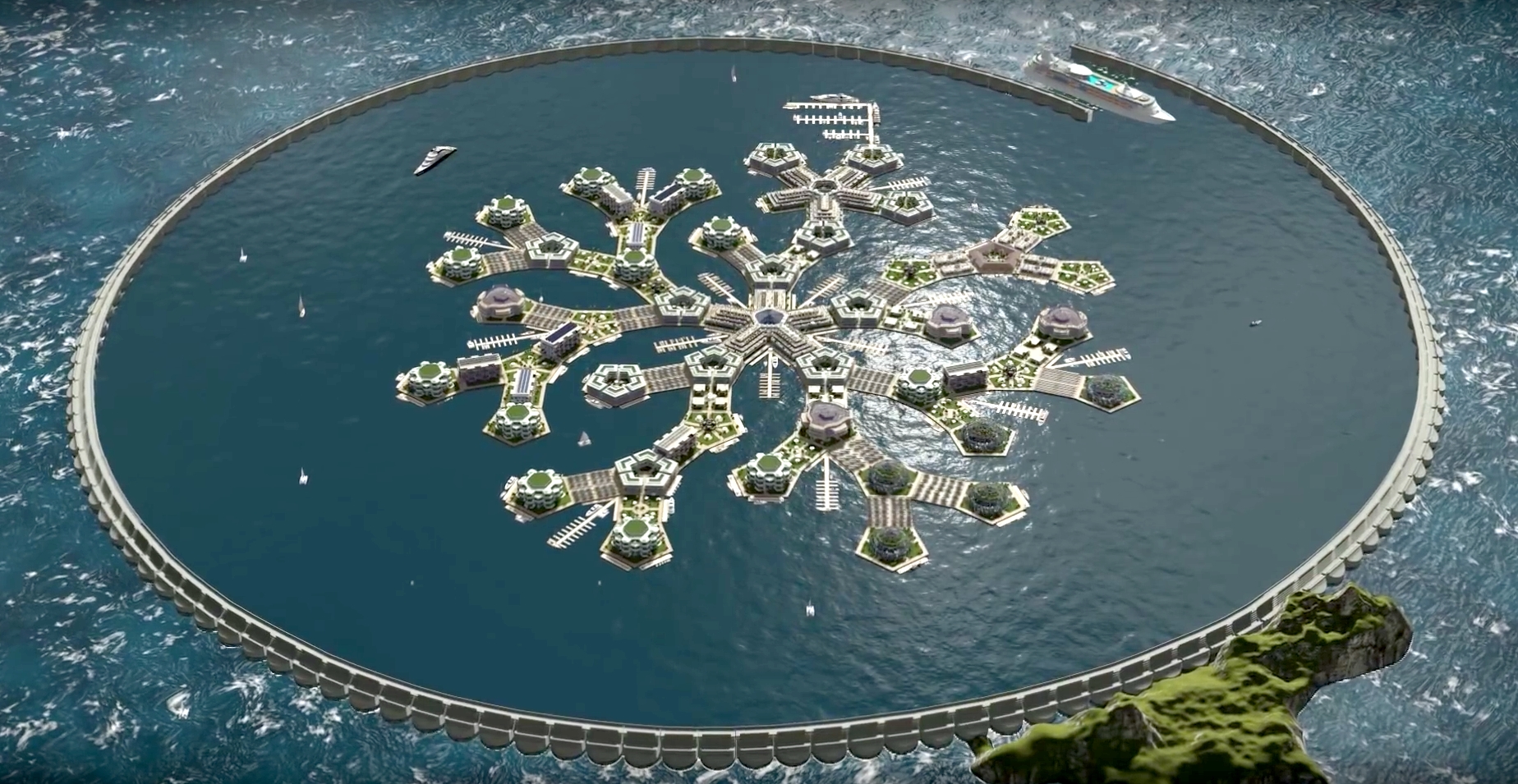 Today, nearly all the world’s inhabitable land is either privately owned or held by governments, no longer available for homesteading. But what if people once again had that choice? That is a gist of a notion that has been around for several years: floating cities.

There was a time when people unhappy with their government, and no longer able to tolerate the situation, would simply go somewhere else, and set up their own new communities. That is largely the story of the western frontier, but it is no longer an option – or is it?

Today, nearly all the world’s inhabitable land is either privately owned or held by governments, no longer available for homesteading. But what if people once again had that choice?

That is a gist of a notion that has been around for several years: floating cities. It is based on the premise that oceans are the one remaining category of real estate that nobody owns, and that no government controls. So if people could colonize oceans and build cities in international waters, they could set up their own sovereign government in whatever manner pleased them.

The concept has really been around at least since the early 1980s, when Ken Neumeyer wrote, “Sailing the Farm,” about living and growing his own food on a sailboat. Little did he realize how the idea might appeal to free-market advocates, once a larger-scale technology became feasible. But that became the vision of Patri Friedman, grandson of economist Milton Friedman. Patri was so inspired that he quit his job at Google in 2008 to found (with seed money from libertarian Pay-Pal founder Peter Thiel) the “Seasteading Institute.”

Friedman began writing and lecturing on the potential of establishing autonomous floating cities, a discussion flourishing today. The grandfather famously said, “If you want to see capitalism in action, go to Hong Kong,” the “world’s best example of a free market economy.” The grandson envisions numerous such city-sized economies. The Seasteading Institute has steadily grown in credibility, its vision no longer considered science fiction, especially because there is involves several private companies, architects, scholars, and now the government of French Polynesia – which has created a special free economic zone for the proposed floating city. The Institute created a company called Blue Frontiers to construct and operate the proposed city, planned for occupation by the end of this decade. Its artist drawings are fascinating, showing a floating island with houses and commercial buildings attached by floating causeways. Office buildings, hotels, restaurants, malls, even golf courses, built on barges, can be hooked together to form larger blocks, added as the city grows. Once surrounded by a giant floating seawall, the entire complex could then be relocated from the safety of the harbor, to almost anywhere in the world.

That kind of independence has a strong appeal to freedom-loving people. In 2014, for example, 89 percent of the people of Venice voted to secede from Italy. The mother country said no, but what if the whole city could leave anyway? Or as Joe Quirk, now President of the Seasteading Institute, puts it, “What if these individual units could break off, float away, and reform as they please? You’d have new societies, disassembling and reassembling, all over the seas, adapting fluidly to the desires of people choosing.”

The company is actively fund-raising, and several technical issues must be addressed and resolved along the way, so it’s hard to predict whether this particular attempt will succeed. But the Institute says “The technology to foster the fluid mechanics of voluntary societies is at hand,” and the construction know-how is impressive – so don’t bet the farm against it. In fact, the idea excites many people across a wide array of political and economic viewpoints.

Mr. Quirk says, “If you could have a floating city, it would essentially be a start-up country. We can create a huge diversity of governments for a huge diversity of people.” Some, concerned about climate change and rising sea levels, are attracted to the possibility of cities not affected by sea level. Others just like the idea of people redesigning their society and government. “Governments just don’t get better,” Quirk reminds us. “They’re stuck in previous centuries. That’s because land incentivizes a violent monopoly to control it.” Supporters speculate that without land, the primary reason for much human conflict would disappear. Even the New York Times called the idea “downright appealing,” because “established political orders around the world” are “teetering under the strains of populism.” Perhaps the editors like the idea of escaping to an independent island during such trying times.

Quirk and Friedman coauthored “Seasteading: How Floating Nations Will Restore the Environment, Enrich the Poor, Cure the Sick, and Liberate Humanity from Politicians.” Noble goals, indeed! I am no expert on this, and I don’t know how they guarantee survival against major threats like weather, pirates, or hostile governments. But skeptics once said that of the fledging USA, too.

Indeed, this idea recalls America’s first principle, articulated in our Declaration of Independence, that people have a right to design their own government, “laying its foundation on such principles and organizing its powers in such form, as to them shall seem most likely to affect their safety and happiness.” Perhaps the oceans covering seventy percent of the Earth may really be the next frontier.

A shorter version of this column originally appeared in the Grand Junction Daily Sentinel January 5, 2018.

Greg Walcher is president of the Natural Resources Group and author of “Smoking Them Out:
The Theft of the Environment and How to Take it Back,” now in its second printing.
He is a former head of the Colorado Department of Natural Resources. 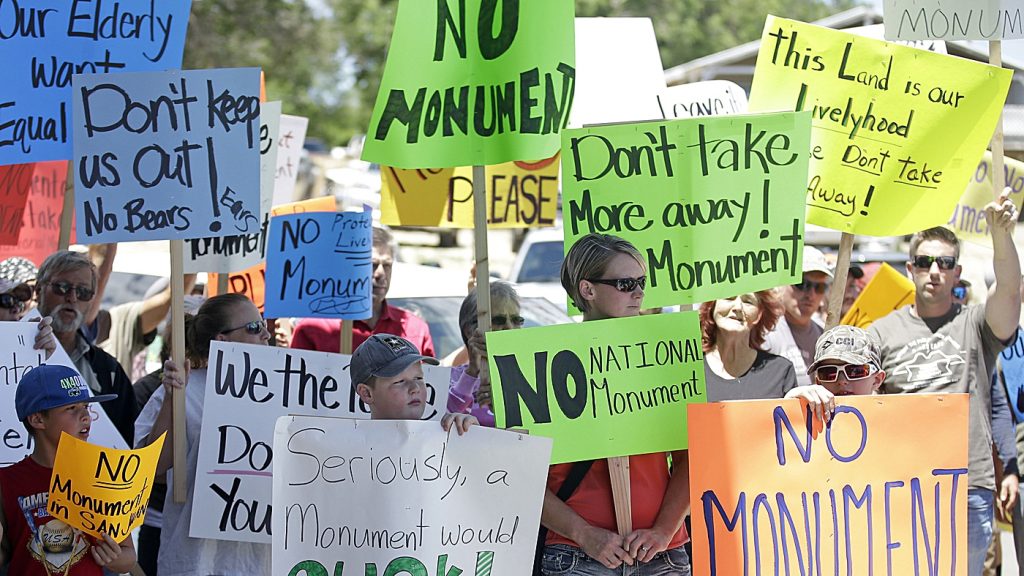 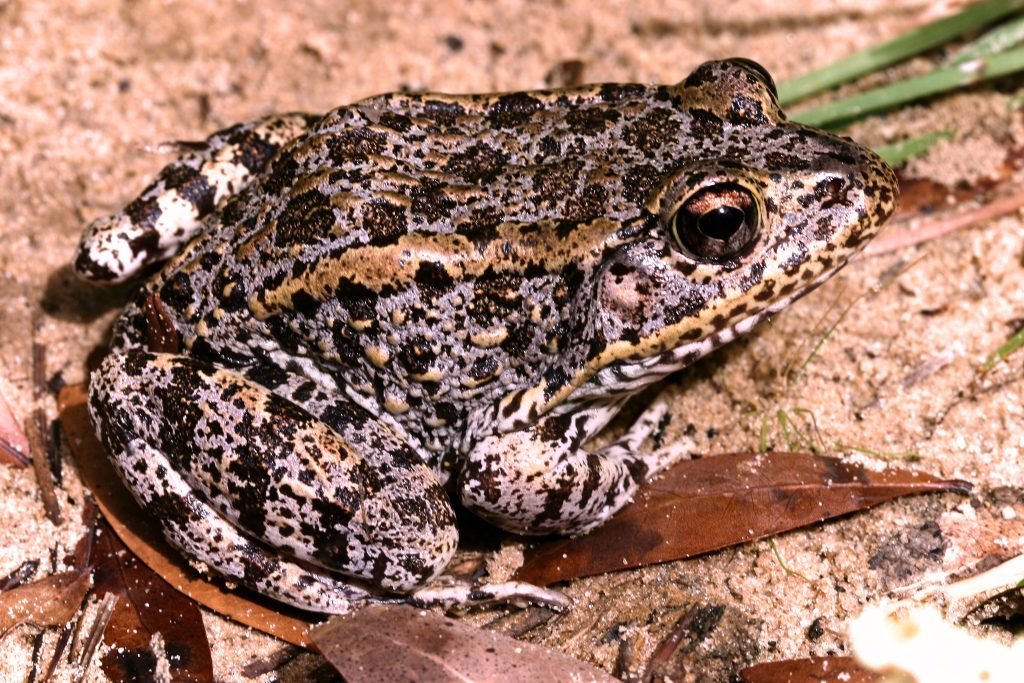 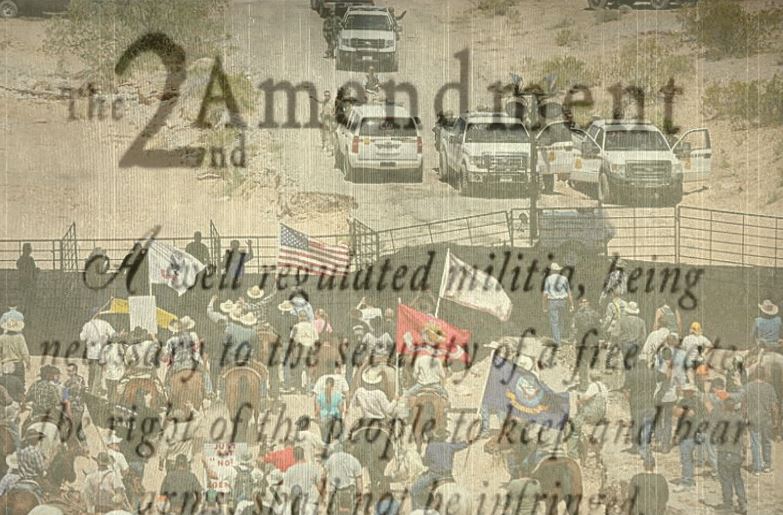