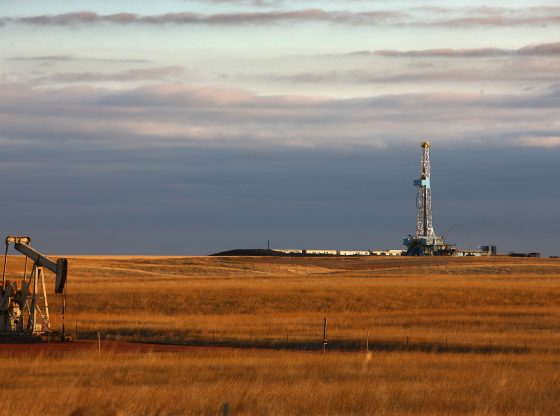 The narrative pushed by the environmental left provides cover for politicians, but it also puts pressure on the Trump administration to ease up on the rollback of environmental regulations. Consistent with the left’s climate agenda, the messaging on the rule is heavy on rhetoric and short on facts.

ARLINGTON HEIGHTS, Ill.—Radical environmentalists are once again winning the messaging battle. This time, it’s the Bureau of Land Management methane venting and flaring rule, which is supposedly aimed at restricting the amount of methane that is vented or flared in the production of oil. The narrative pushed by the environmental left provides cover for politicians, but it also puts pressure on the Trump administration to ease up on the rollback of environmental regulations. Consistent with the left’s climate agenda, the messaging on the rule is heavy on rhetoric and short on facts.

In May, the Senate voted 51-49 to keep the rule in place. Sen. Heidi Heitkamp, D-N.D., released a statement explaining why she voted in favor of the BLM rule and published an opinion article on May 17 in the Herald in which she claimed the rule would help North Dakotans and was energy-focused. However, Heitkamp’s statements, when held up against the facts, show her support of the BLM rule isn’t about energy, taxes or jobs; it’s just another example of misguided environmentalism that relies on talking points that don’t tell the whole story, or frankly, the truth.

Myth: The BLM flaring rule only applies to federal and tribal land. Heitkamp erroneously makes this argument several times in her statement.

Fact: The rule applies to all wells that contain any federal minerals within the spacing unit. In North Dakota, the rule will adversely impact private mineral owners. I would argue that the BLM rule as written amounts to an uncompensated taking of private property by the federal government in violation of the Fifth Amendment of the Constitution.

The North Dakota Industrial Commission’s response to the BLM rule points out that in the state’s earliest days, more than 97 percent of surface and mineral estates in North Dakota were privately owned. During the Great Depression, that all changed, because many small tracts were lost through foreclosure, and the federal government acquired a “patchwork” of small parcels throughout the state. Also, when many of those parcels were later sold, the federal government reserved a portion of the mineral estate.

The result is that while the federal government owns just 9 percent of the minerals in North Dakota, nearly 30 percent of the potential development areas in the Bakken have federally owned minerals that will be subject to this BLM rule. The patchwork of federal mineral rights was not an issue in the past, because spacing units were 160 acres or less so operators could more easily avoid federal land. But now, with tight oil plays like the Bakken, spacing units are 2,560 acres or more, and these large units routinely run into federal mineral ownership.

A small federal parcel, which could be two or more miles from a well site, will force compliance with the BLM rule on the entire spacing unit. Operators will simply avoid those areas and deprive private mineral owners the opportunity to develop the resources they own.

It is important to note we are not just talking about the impact on “wells,” but also future drilling. Given the burdensome federal regulations this rule imposes, private property rights will be impacted before implementation occurs in 2018, because operators will avoid any spacing units that include even a small portion of federal or tribal minerals.

Myth: Heitkamp justified her vote in part “so taxpayers and tribal communities get royalties they are owed when those resources are extracted from their land.”

Fact: This claim is the “taxpayer benefit” myth that has been pushed by supposedly conservative taxpayer organizations. However, the North Dakota Industrial Commission has clearly stated this rule will cost taxpayers $24 million annually.

Heitkamp assumes the rule will have no impact on drilling and production, but the Industrial Commission predicts operators will make sound business decisions and avoid areas of the Bakken that include federally owned minerals.

With the Senate voting to uphold the BLM flaring rule, the issue now must be considered by the BLM itself. If the left’s false narrative takes hold, it could impact the review, revision, and/or repeal of this rule.

I am certain Department of the Interior Secretary Ryan Zinke knows the facts, but given the political winds in Washington, it is vital the public be aware of the facts, too. Fear-mongering and myth-telling shouldn’t overrule common sense, but, unfortunately, that has all too often been the case in the past.

Grande is a research fellow at The Heartland Institute. She is a former member of the North Dakota House of Representatives.