How environmental regulations are turning farmers into criminals for farming 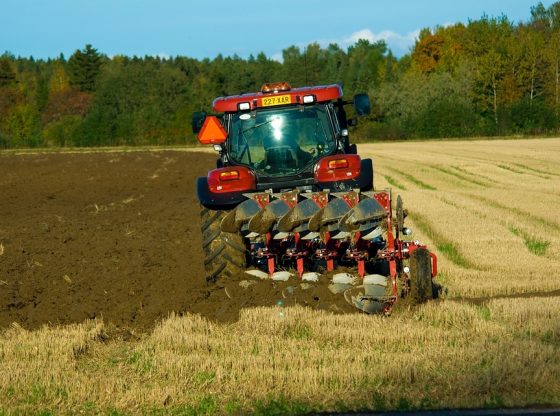 Duarte drew the government’s ire because a bureaucrat happened to drive by his property during his plowing and mistook it for “deep ripping” which, although also a normal farming practice, has a more significant impact on the land. Andy Johnson caught the federal government’s eye because his neighbor, who didn’t want Andy to build his pond, was a state bureaucrat and knew how to involve the federal agency.

The inevitable overregulation and overcriminalization of environmental law

A four-year battle between the federal government and Duarte Nursery over the farm’s plowing of a field to plant wheat—for which the government sought to punish the company with up to $40 million between fines and mitigation—has finally come to an end. The company and the government agreed to settle the dispute for around $1 million in fines and mitigation. Although that’s a good outcome for the company, it’s an incredibly steep penalty for plowing privately owned farmland, something that farmers across the country do every year without thinking they’re doing anything that could bring ruin.

The Duarte case is another reminder that, no matter the intentions behind environmental regulation, it ultimately suffers the same shortcomings that other forms of government regulation do. Among these are: the incentives for bureaucrats to stretch their power beyond what was intended, leading to overregulation that is enforced against an arbitrarily chosen few, and resulting in overly harsh punishments, especially criminal punishments, for innocent, ordinary activities.

The Clean Water Act, the statute at issue in the Duarte case, has become notorious for how bureaucrats have stretched their power more and more broadly, while narrowly interpreting any limitations on that power. It forbids the “discharge” of a “pollutant” into a “navigable water.” If that doesn’t sound to you like it forbids plowing a farm, you’re not alone. All of those terms have been stretched beyond any reasonable interpretation so that, today, almost anything anyone does in an area that drains rain runoff could potentially be a violation.

Further complicating matters is that Congress exempted several activities from the statute’s reach, all of which bureaucrats have interpreted so narrowly that it’s anyone’s guess what they mean. Duarte Nursery might have reasonably expected that plowing would qualify for the Clean Water Act’s “normal farming practices” exemption, which expressly includes plowing. Not so, according to Army Corps officials. Similarly, Andy Johnson, a Wyoming property owner who built a pond on his property to water his horses, thought that the statute’s exemption for the “construction and maintenance of farm or stock ponds.” But there’s a world of difference between how an ordinary person would read this language and how a bureaucrat whose power is at stake would. Public choice economics teaches that bureaucrats are self-interested people just like the rest of us, and thus prone to make decisions that expand their power.

Because of the huge gulf between what the law says and how bureaucrats enforce it, it’s almost impossible for people to comply without hiring a legion of attorneys and advisors. That works for large companies, but what’s an ordinary person to do? All you can do is behave reasonably and hope for the best. When activities that most people think are reasonable are nonetheless forbidden by regulators, it’s almost inevitable that many people will innocently and unknowingly violate regulations.

The government can’t monitor, investigate, and punish everyone. So, instead, a handful of people become arbitrary targets of the administrative state. Duarte drew the government’s ire because a bureaucrat happened to drive by his property during his plowing and mistook it for “deep ripping” which, although also a normal farming practice, has a more significant impact on the land. Andy Johnson caught the federal government’s eye because his neighbor, who didn’t want Andy to build his pond, was a state bureaucrat and knew how to involve the federal agency.

Although the actions that can lead to regulatory scrutiny can be innocent, the potential punishments can be severe. Duarte Nursery potentially faced $40 million in fines and mitigation. Andy Johnson faced nearly $20 million in fines, until the government backed down and agreed to a settlement that included no fines and let him keep his pond.

Although those threatened fines were beyond extreme, at least they weren’t criminal punishment. Overcriminalization is also rampant in environmental law, with federal prosecutors increasingly taking advantage of relaxed criminal law protections for those accused of regulatory crimes. And it’s likely to get worse.

This summer, a federal court struck down a Department of Justice policy that protected people against Endangered Species Act prosecutions for innocent mistakes. That policy, the McKittrick Policy, interpreted the crime of “knowingly” taking a protected species to require the government to prove that you knew your actions would cause take and the species that would be taken. For centuries, mens rea (guilty mind) protections like this have been essential to protecting people from overzealous prosecutors. The protections are so essential that they unite liberals, conservatives, and libertarians. Nevertheless, an environmental group sued to erode these protections under the Endangered Species Act and a federal court sided with them.