Hammonds stripped of grazing rights while unjustly imprisoned by feds 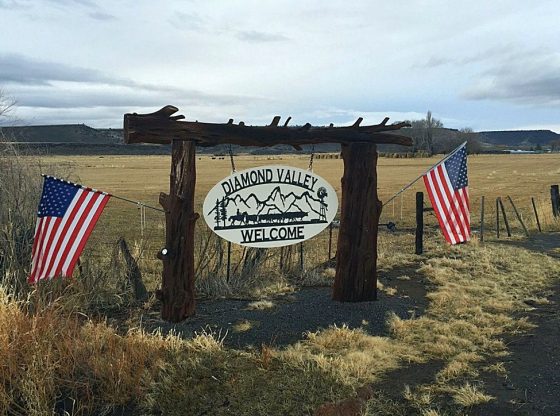 Onlookers are confused as they watch employees of federal lands – whether it is the BLM in Oregon or the US Forest Service in South Dakota – light matches that start burns on federal grazing permits with bought-and-paid-for grazing rights that spill over to private land, destroying in many cases hundreds of thousands of dollars in value of grass, fences, trees and more.

Dwight Hammond and Steve Hammond are in the midst of their five year prison sentences under the “Antiterrorism and Effective Death Penalty Act of 1996,” for burning – and subsequently putting out – about 140 acres of Bureau of Land Management-administered land in their area.

But there is so much more to the story.

The family has been denied the ability to use their grazing allotment for nearly four years. Many in the community including Erin Maupin and Travis Williams wonder “why?”

No fences or other property were damaged in the fires and a range conservationist testified under oath that the larger fire improved the condition of the rangeland.

Dwight was found guilty of burning one acre of BLM land, when a prescribed burn on private land to reduce overcrowding juniper, spilled over slightly onto the adjoining federally administered land in 2001. The BLM incorporates the same prescribed burning in their management tactics.

Steven was found guilty of burning that same one acre, plus 139 more acres in 2006 when he lit a back burn to protect the family ranch headquarters from a series of lightning-lit fires were heading toward them. The backfire succeeded in protecting the home quarters. The BLM regularly uses backburns to slow or direct fire.

Hammond Ranch, Incorporated (HRI)- incidentally the only ranching family that continues to maintain a large tract of private land and graze BLM-administered land on the top of the Steens Mountain – was denied a renewal of their grazing permit in 2014, prior to a judge imposing the full five year prison sentence on Dwight and Steven.

According to Erin Maupin, former BLM watershed specialist and neighboring rancher, the other ranchers who had previously grazed BLM land in that area, traded allotments and large private inholdings to the government through the creation of the Steens Mountain Act. Much of the grazing allotments that were handed over were then declared a Wilderness Area of around 180,000 acres. Almost 100,000 acres were named “cow-free” wilderness due to pressure from environmental groups and from the Clinton administration, she recalls.

The two Hammond men served time in 2013 for the fires they admitted to starting.

Although they had been sentenced, imprisoned and released, a different judge decided to impose the mandatory minimum, five years in prison, and back to jail they went in 2016. They also paid a $400,000 fine to the BLM as the result of a civil suit.

The BLM denied them the renewal of their grazing permit in 2014, before the second sentencing, saying they have an “unacceptable record of performance.”

HRI appealed, and the matter is now before the Hearings Division of the USDI, Office of Hearings and Appeals, for an adjudication of the merits of Hammond’s appeal.

Onlookers are confused as they watch employees of federal lands – whether it is the BLM in Oregon or the US Forest Service in South Dakota – light matches that start burns on federal grazing permits with bought-and-paid-for grazing rights that spill over to private land, destroying in many cases hundreds of thousands of dollars in value of grass, fences, trees and more.