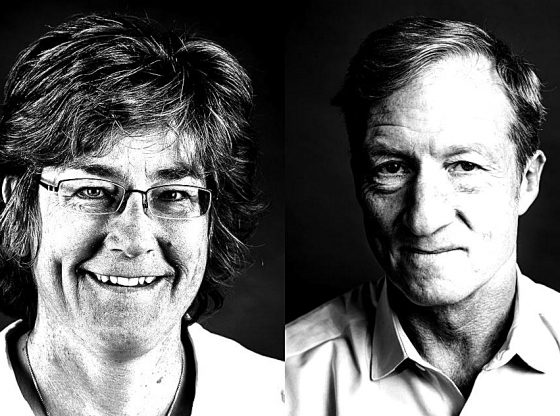 La Plata County Commissioner Gwen Lachelt faces new ethics questions with the revelation that a group with close ties to California billionaire Tom Steyer is pouring thousands of dollars to help her fight against a recall brought by local La Plata County citizens.

La Plata County, Colorado, has been ground zero for clashes between extreme special interests–mostly coming from outside the county and state–and the economic needs and desires of local interests. Gwen Lachelt, a controversial and polarizing county commissioner in her second term in La Plata County, is in the target of a locally-initiated recall campaign. The local folks; ranchers, farmers, business owners, families, have grown weary of Lachelt’s conflict of interests between paid environmentalist lobbying activities and her purported duties to the county. Her position as commissioner, it seems, has been more of a bully pulpit for her extreme green initiatives than it has been for the interests of her constituents.

The primary organizers of the Lachelt recall effort have come together as the La Plata Liberty Coalition. Earlier this week they issued a press release (below), ringing alarm bells about outside billionaire dollars pouring in to support Lachelt, and reminding the public about Lachelt’s ongoing ethical problems.

Lachelt’s history and her actions which prompted the recall effort are detailed at SaveLaPlataCounty.com, and you can follow activities of the La Plata Liberty Coalition on their website

“O the irony!” says Dave Peters. It turns out the queen of outside dark money is actually Commissioner Lachelt herself.

“Her ties to a group with backing of a California billionaire only raises more ethics questions about who she actually represents.”

A large group of La Plata County Colorado citizens have stated Commissioner Gwen Lachelt doesn’t represent their interest and has acted unethically.  The group has started a grass roots effort to recall her.

Lachelt has made several false claims that Americans For Prosperity and big oil companies are backing the recall effort. The citizens behind the recall do not have any connection to these organizations and have not accepted money from them. AFP has publicly stated they have no involvement with the recall (ref. Durango Herald 2-19).

Ethics concerns were raised last year when information surfaced that Lachelt formed an organization called Western Leaders Network, she is a paid employee of WLN and is paid for expenses for her lobbing in Washington D.C. La Plata County has revised their ethics policy as a direct result of Lachelt’s actions.

Questions about her objectivity, as a county commissioner, were raised given her connections to several environmental organizations. She formed San Juan Citizens Alliance, Oil & Gas Accountability Project (now Earthworks) and Western Leaders network. She was a director and/or paid employee for these organizations.

Last June Commissioner Lachelt proposed the county file a friends of the court brief in support of the Martinez Lawsuit. The commissioners voted 2 to 1 against Lachelt’s proposal. If successful the suit would have a significant negative impact on the energy industry in Colorado. La Plata County relies heavily on the industry for tax revenue and jobs. When asked about conflicts of interest, Lachelt failed to disclose she was a paid employee of WLN and; one WLN Director is also a Director of Earthworks. Earthworks is named in the lawsuit.

Interestingly, the registered address for WLN and United Against the Recall is the same (1309 East 3rd Avenue, Durango).

It’s time for Lachelt to come clean! We demand Lachelt make full disclosure of WLN finances including her salary, moneys spent on Lachelt’s travels to Washington D.C. (for lobbing) and funding sources. If not, she should act in the best interest of La Plata County and step down.

Clearly the need for this recall is even more important now.

Learn more about the recall effort at SaveLaPlataCounty.com