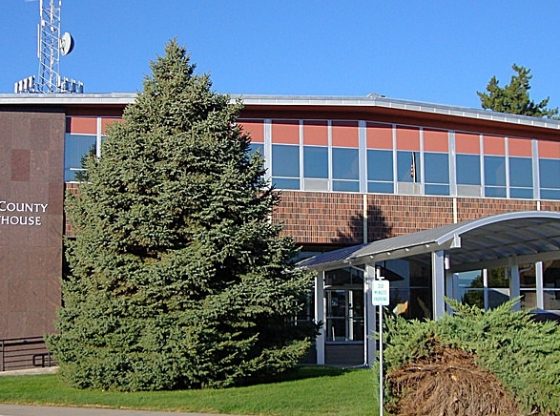 Raymond’s medical status was also reviewed by the defense. Jensen cited the fact that following exposure to ’emissions’ from the chicken farm, all of Raymond’s medical tests were normal, and she had never been hospitalized for asthma. An Occupational Health physician who also examined Raymond found no symptoms consistent with a diagnosis of asthma, and said that her complaints could be related to ‘stress’ and ‘anxiety.’

A six-person jury handed down concurrent verdicts of ‘no’ to the claim of trespass against Edwin Hostetler, the owner of an egg-laying facility in Hotchkiss, Colorado, and ‘no’ to  the claim of trespass against his corporation, Western Slope Layers, LLC. This case, which extends back to 2011 when Hostetler began setting up his organic egg-laying facility, took less than 2 hours for the jury to decide in his favor.

Following a morning of expert testimony by David Sullivan, who performed air sampling and provided modeling of likely particulate dispersion from the chicken farm, the two week trial wrapped up on Wednesday afternoon with closing arguments. The plaintiff’s attorney, environmental litigator Kevin Scott Hannon, recapped what he claimed to be unassailable evidence that contaminants trespassed onto the property of Susan Raymond, whose hobby farm is adjacent to Hostetler’s operation. Hannon’s final pitch to the jury was based on what he called ‘Safety Rules,’ which appear to be guidelines for property owner behavior. Hannon contended that Hostetler violated the Safety Rules, saying, “He [Hostetler] chose to put the egg-laying facility too close to Susan Raymond’s property.”

Hannon repeatedly claimed that Hostetler had “placed his own interests above that of his neighbors” while  operating the chicken house. Hannon also said, “A business owner must put the safety of neighbors over his profits.” Hannon then focused on the rights of Raymond as a property owner and listed the purported damages caused by trespass of contaminants, including; loss of property value, loss of use of the property, loss of enjoyment of the property, annoyance and discomfort, past, present and future bodily injury, and medical expenses. He asked the jury to award Raymond a total of $567,000 for loss of property value, non-economic damages, and medical expenses. Making a final plea to the jury in behalf of Raymond’s landowner rights, Hannon said, “Nobody in America has the right to pollute their neighbor,” and he closed by exhorting the jury that their verdict would be a “testament to landowner rights.”

Next, defense attorney, Brandon Jensen, reexamined the prosecution’s case, and refuted the plaintiff’s claim of trespass by stating a number of facts:

The plaintiff’s case was based partly on the presence of certain fungi on her property, including penicillium, which is found almost everywhere on earth. And although testing on her property confirmed the presence of chicken DNA and ‘endotoxins,’ those materials are also very common in agricultural settings and Raymond failed to prove they came from Hostetler’s farm. Jensen also reminded the jury that similar levels of bacteria, endotoxins, and chicken DNA were found on Raymond’s property a full two years after the facility was closed.

Raymond’s medical status was also reviewed by the defense. Jensen cited the fact that following exposure to ’emissions’ from the chicken farm, all of Raymond’s medical tests were normal, and she had never been hospitalized for asthma. An Occupational Health physician who also examined Raymond found no symptoms consistent with a diagnosis of asthma, and said that her complaints could be related to ‘stress’ and ‘anxiety.’

Jensen wrapped up by reminding the jury that although Raymond took 722 videos of Hostetler’s facility, and countless still photos, that she had no photographic evidence of the ‘white powder’ she claimed came from the chicken farm and settled onto her property. Finally, Jensen recalled that professional inspectors who looked at the facility found no unusual amounts of dust or flies or any conditions outside of accepted agricultural norms. In a final blow to the prosecution, Jensen reaffirmed that testing, sampling and modeling of particulates showed that Raymond’s property had ‘inconsequential exposure,’ and that the contaminants could have come from virtually anywhere.

Despite more than 25 detailed instructions the jury was required review and follow, it took them less than 2 hours to hand down their verdict preserving the property rights of Edwin Hostetler.

Over the past six years, Hostetler has fought hard in the courts for the right to improve, use, and enjoy his own property as a profitable agricultural operation. And the plaintiff, Susan Raymond, also built her case on the right to use and ‘enjoy’ her own property, which is a home to numerous animals. But, it appears, that Raymond wanted the scales of justice tipped to her side, with the assumption that her needs, wants and rights trumped those of Edwin Hostetler. Fortunately, the jury disagreed with the plaintiff in this case.