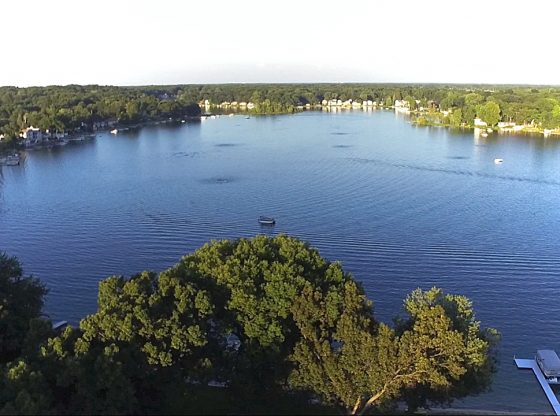 The area was added to the National Wilderness Preservation System in 1987 by the Michigan Wilderness Act, which expressly preserved “valid existing rights.”  Under Michigan law those include the right of riparian owners to use an inland lake’s surface for recreational activities such as boating and fishing, so long as their use does not unreasonably interfere with the reasonable use by other riparian owners.

DENVER, CO.  After almost four years of continuous litigation, two Michigan landowners today asked the trial court to finalize their victory and enter final judgment in their favor.  The landowners were victorious at the U.S. Court of Appeals for the Sixth Circuit, which ruled that the U.S. Forest Service may not interfere with their state-law created right to use a motorboat on the lake adjacent to their property.  Although the appellate court issued its decision in July of 2017, the landowners still await a final judgment from the district court.

David A. Herr and Pamela F. Herr, who own two lakefront lots on Crooked Lake in Gogebic County, challenged a Forest Service restriction that prohibited the use of gas-powered motorboats on Crooked Lake, a riparian right guaranteed by Michigan law.  Plus, argued the Herrs, the federal district court in which they filed their lawsuit already ruled on this issue in 1997.  In that case, the Herrs’ neighbors, also represented by Mountain States Legal Foundation (MSLF), were successful in challenging an identical Forest Service motorboat ban on Crooked Lake.  Environmental groups that intervened in the Herrs’ case had urged the Sixth Circuit to rehear the case, but after it refused the groups opposed entry of judgment so they might seek Supreme Court review.

“The environmental groups are within their right to seek Supreme Court review, but they have no right to demand the federal district court withhold final judgment in favor of our clients while they file their petition,” said William Perry Pendley of MSLF.  “If the district court were to accede to their demands, it would cause David and Pamela Herr to suffer irreparable injury by denying them their State-law created property rights.”

Crooked Lake is a large, inland lake, 95% of which lies within the Sylvania Wilderness Area, which is part of the Ottawa National Forest.  The area was added to the National Wilderness Preservation System in 1987 by the Michigan Wilderness Act, which expressly preserved “valid existing rights.”  Under Michigan law those include the right of riparian owners to use an inland lake’s surface for recreational activities such as boating and fishing, so long as their use does not unreasonably interfere with the reasonable use by other riparian owners.

In Stupak-Thrall v. Glickman , 988 F.Supp 1055 (W.D. Mich. 1997), in which MSLF represented Kathy Stupak-Thrall and Bodil and Michael Gajewski, owners of two other Crooked Lake properties, the district court ruled the Forest Service lacked authority to restrict the riparian owners from exercising their rights to use motorboats on the lake.  At issue was the agency’s attempt to ban gas-powered motorboats and limit electric motorboats to a no-wake speed.

Following the district court’s order in Stupak-Thrall , the Forest Service facilitated the riparian owners’ use of Crooked Lake for many years.  In 2013, however, the Forest Service changed course and threatened to enforce the unlawful motorboat restriction against the Herrs, which prompted the Herrs’ lawsuit and led to the Herrs’ eventual victory at the Sixth Circuit.

Mountain States Legal Foundation, created in 1977, is a nonprofit, public-interest legal foundation dedicated to individual liberty, the right to own and use property, limited and ethical government, and the free enterprise system.  Its offices are in suburban Denver, Colorado.