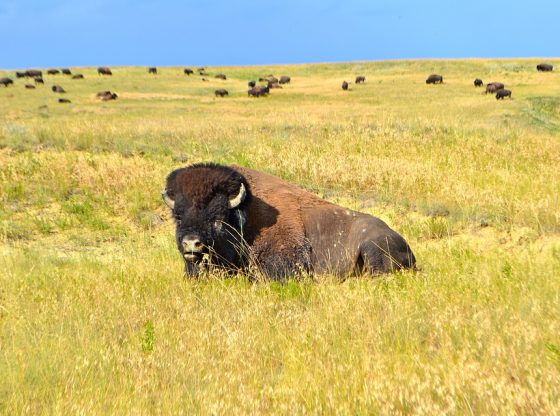 The Santa Ana Wildlife Refuge, near McAllen, has been called the “crown jewel” of wildlife refuges. Four hundred species of birds migrate through it, attracting bird-watchers from across the nation. Whether the refuge will continue to attract its 165,000 annual visitors is uncertain, however, because the site has been chosen for President Donald Trump’s controversial border wall.

The reason: The federal government already owns the land. According to reports, the government chose the federal land to avoid the hassle and expense of condemning private land.
The refuge is quickly becoming a flashpoint in the border wall debate. The controversy should also encourage serious reflection among environmentalists whether focusing conservation efforts on regulating government land is the best long-term strategy.

Government-owned lands remain forever subject to the vicissitudes of politics. Thus, any conservation victories involving them are built on quicksand. At any time, Congress or the president can decide to replace habitat with a wall, highway or oil derrick.

Since government lands are at the mercy of politics, protections will only be permanent if environmentalists win every election — an unrealistic expectation. However, embracing private property rights, as free market environmentalists have long advocated, can provide real, permanent conservation. Buying sensitive habitats, procuring conservation easements and giving landowners financial incentives to be better stewards insulate conservation from shifting political winds. It also encourages protections to be set based on what works rather than politics.

A recent Property and Environment Research Center report highlights the efforts of American Prairie Reserve, a nonprofit that is using property rights to protect eastern Montana’s vast prairie ecosystem. Over the past 15 years, the organization has acquired and protected 300,000 acres of grassland and hopes to grow the reserve to 3.5 million acres — more than Yellowstone, Yosemite and Grand Teton combined.
By working with private property owners rather than against them, these environmental gains are accomplished in a civil manner and are more likely to endure. By obtaining property rights, rather than relying on fickle government, conservation groups get to decide when and how restrictions should be changed in the future.

If the Santa Ana Wildlife Refuge were privately owned, the takings clause of the Fifth Amendment would protect it by requiring the government to pay just compensation before condemning it. Perhaps if the refuge had been private property, rather than federal land, the compensation requirement would be sufficient to get the government to build the wall somewhere else.

Even if not, the property rights protections afforded a privately owned refuge would protect environmental values. Even if eminent domain could not be stopped, the required compensation could fund improving habitat elsewhere to mitigate the damage. As it stands, the government may build the wall through the refuge without regard to environmental impacts. Recently, the Department of Homeland Security issued a waiver for any environmental regulations that might get in the wall’s way.

Protecting special places through private property rights will require a significant financial investment, it’s true. But let’s not pretend that political environmentalism is free. As the Santa Ana Wildlife Refuge situation shows, wins achieved in the political arena are not set in stone.