BLANDING — The Bureau of Land Management is considering proposals for the future of the southeastern Utah canyon where a San Juan County commissioner led an ATV protest ride that landed him in jail.

The BLM’s call for public comment on an environmental assessment of a proposed trial system in Recapture Canyon outside Blanding comes nearly 10 years after San Juan County applied for a right-of-way to allow motorized off-road access.

“I’m glad to see them finally doing something. It’s way past due,” said Commissioner Phil Lyman, who organized the protest ride.

The BLM will consider six alternatives for the canyon with a number of possible recreational opportunities, including hiking, mountain biking, horseback riding, camping and off-highway vehicle use. It will also evaluate the potential impacts to cultural resources and riparian habitat. 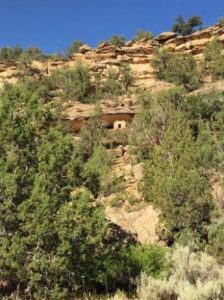 “Ideally, we would find consensus, we would find a solution that everyone actually is happy with. May not be possible. I hope that it is, but in any case I’m pleased that we’re moving forward,” said Lisa Bryant, spokeswoman for the BLM’s Color Country District.

The BLM temporarily closed parts of the canyon to off-road vehicles in 2007, citing damage to cultural artifacts in the area. Many locals objected to the closure, asserting it was arbitrary and unnecessary, and bypassed a review process mandated by federal law.

The closure and lack of a permanent decision prompted Lyman to lead an ATV protest ride in Recapture Canyon in 2014. He was convicted on misdemeanor trespassing and conspiracy charges and spent 10 days in jail earlier this year.

San Juan County has proposed an 11.7-mile trail system designated for ATV use. Trails would also be open for hiking, biking and horseback riding. Another plan considers a 13.7-mile mixed-use trail system for motorized and nonmotorized use but does not include the county’s request for a motorized trail in the bottom of the canyon.

Some alternatives propose issuing a right-of-way to San Juan County, while others consider making the BLM responsible for constructing, maintaining and monitoring the trails.

Lyman said he doesn’t expect the BLM to go with the county’s plan. He said the agency could also decide to keep the canyon closed to ATVs, “which would be better than the nondecision that’s been sitting there for 10 years.”

Bryant said the agency has worked with the San Juan County and other interested parties for several years in response to the county’s right-of-way request and has come up with a range of proposals.

“This is a big milestone. It really is,” Bryant said. “This is a very special place to a number of people for a number of different reasons, and BLM has a legal responsibility to protect the resources there as well as provide use and access as appropriate.”

The public comment period will be open for 45 days, 15 days longer than usual to give people plenty of time to digest the proposals and offer feedback, Bryant said. The comment period ends Oct. 24.

Lyman said he believes there’s another reason to extend the comment period.

“I think it’s more of a concession to allow the environmental groups to marshal their forces against it,” he said.

Bryant said the BLM does not have a preferred alternative.

“It’s fairly wide open,” she said. “We really want to hear from the public on this in order to make the best decision on the mix and use of access to that canyon.”

Comments may be submitted electronically through the ePlanning website, or submitted by mail to the BLM Monticello field office, 365 N. Main, Monticello, UT 84535