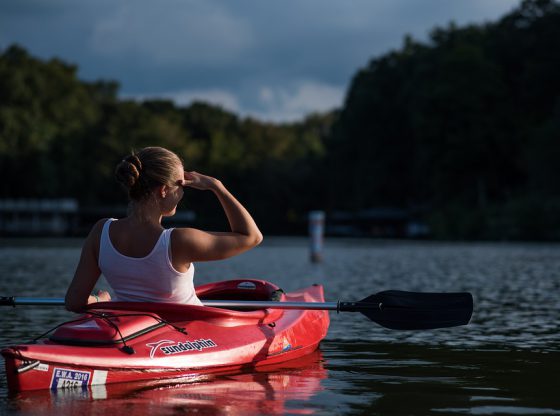 In 2009, the editor of an outdoor recreation magazine decided that, rather than portaging his canoe down a 0.8 mile public trail connecting a series of streams and ponds on public land, he would canoe across private property, which allowed him a shorter portage. He subsequently wrote a magazine article describing his trip and encouraging others to similarly test the law’s boundaries.

In New York, navigable waterways are open to the public; all other waterways belong to the people whose land they cross. Traditionally, this has been understood to mean that significant waterways which facilitate commerce are public highways open to everyone. These public waters “provide practical utility to the public as a means for transportation, whether for trade or travel;” all other waterways are private. After centuries of practice, both landowners and public-water users have built up expectations about which waters are which.

But the rule is just fuzzy enough to invite conflict. In 2009, the editor of an outdoor recreation magazine decided that, rather than portaging his canoe down a 0.8 mile public trail connecting a series of streams and ponds on public land, he would canoe across private property, which allowed him a shorter portage. He subsequently wrote a magazine article describing his trip and encouraging others to similarly test the law’s boundaries.

The property owners sued the canoeist for trespass and to establish that their property is not open to the public. A family has owned the land for decades, and they’ve decided to preserve it rather than develop it. Today, the family uses it for outdoor recreation and rustic camping. For them, opening the land to the public threatens their ability to enjoy the land—and could invite even more conflict.

The case bounced around the state court system for the last nine years. Initially, the courts sided with the canoeist, while acknowledging that its decision could destabilize established property rights. The governor even joined the fray, urging courts to err on the side of promoting recreation. But in 2016, the state’s highest court ordered a redo, explaining that “navigability” requires something more than that a stream can float a canoe; the waterway must have provide practically utility for transport or commercial purposes.

Last month, the trial court ruled for the landowner, explaining that “Recreational use alone is insufficient to deem a waterway navigable-in-fact, and the record reveals that only a marginal segment of the general population would benefit from using the disputed waterway for recreational travel.” The canoeist and the governor have indicated that they may appeal, so this long-running legal saga may not be over.

But it’s fair to ask whether this is a good, much less the best, way to expand public access for recreation. Nine years of litigation have been expensive, not only for the parties to the lawsuit but also to the court system. Even if it had ultimately worked in this case, the long term consequences of destabilizing property owner expectations could be less recreation access, not more.

For instance, if the court had ruled against the landowner, all others would be on notice that they must use every tool to block any access to their land. Any accommodation could be exploited, leading to the landowner losing the right to control access entirely. As Terry Anderson explained about a similar case several years ago:

The message to all landowners is clear: If you allow even a few people to cross your property to access public land, you may find yourself in court spending millions on lawyers and losing control of your property. With that message, it is reasonable to expect that many landowners will stop allowing access.