Newly-formed wolf pack may be killing cattle in Washington 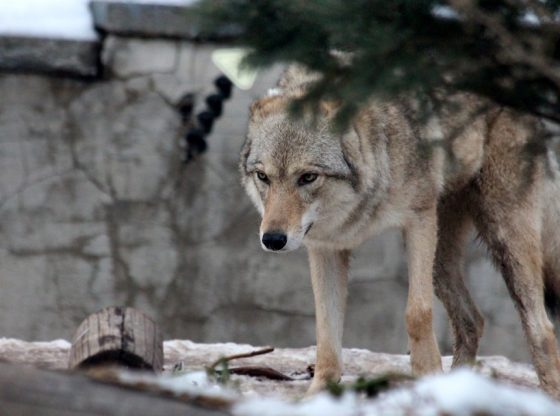 A wolf that split from the Dirty Shirt pack and one that came from British Columbia have been in northern Stevens County since at least late July, according to the state Department of Fish and Wildlife. State investigators determined Aug. 31 that one or both wolves killed a cow in a fenced pasture.

State wildlife managers are trying to prevent a second depredation by two wolves who may have formed a new pack in northeast Washington.

A wolf that split from the Dirty Shirt pack and one that came from British Columbia have been in northern Stevens County since at least late July, according to the state Department of Fish and Wildlife.

State investigators determined Aug. 31 that one or both wolves killed a cow in a fenced pasture.

WDFW wolf policy coordinator Donny Martorello said Friday the wolves have not been photographed together, but a trail camera and radio-collar data have placed the wolves in the same area at the same time. He said the department has yet to determine whether they have formed a pack.

“It’s too early to make that call. We’ll see if they travel together a little longer,” he said.

Northeast Washington already has 15 of the state’s 20 wolfpacks. Most attacks on livestock by wolves occur in Stevens County and neighboring Ferry County.

The Dirty Shirt pack had 13 members at the end of 2016 and was the largest pack in the state, according to WDFW. The pack was blamed for injuring a calf last October on a Washington Department of Natural Resources grazing allotment.

WDFW determined in late July that the two wolves had probably met up and alerted the rancher in the area. WDFW and the producer took extra measures to protect the cattle, Martorello said. Since the depredation, the producer has added lights around pastures, and the department has put another range rider in the area, he said.

The dispersing wolf from the Dirty Shirt pack was within a mile of where the cow was grazing for several weeks, according to data transmitted by its collar. The other wolf has been photographed and wears a radio-collar that no longer works.

The cow’s remains were found in three pieces, and the carcass had been mostly consumed, according to WDFW.

WDFW reported the possible formation of a pack in its weekly report on wolf activities.

WDFW has not documented any new depredations by the Smackout and Sherman packs. WDFW killed two wolves in the Smackout pack and one in the Sherman pack this summer to stop attacks on livestock.

A collared female wolf has dispersed into northern Ferry County from the Profanity pack, leaving the pack’s status in doubt. WDFW shot seven in the pack last year to stop depredations. WDFW said it believed four wolves — the female and three pups — survived.

“We still recognize Profanity Peak as a pack, but all we can definitively say is that the collared female looks to be dispersing,” he said.