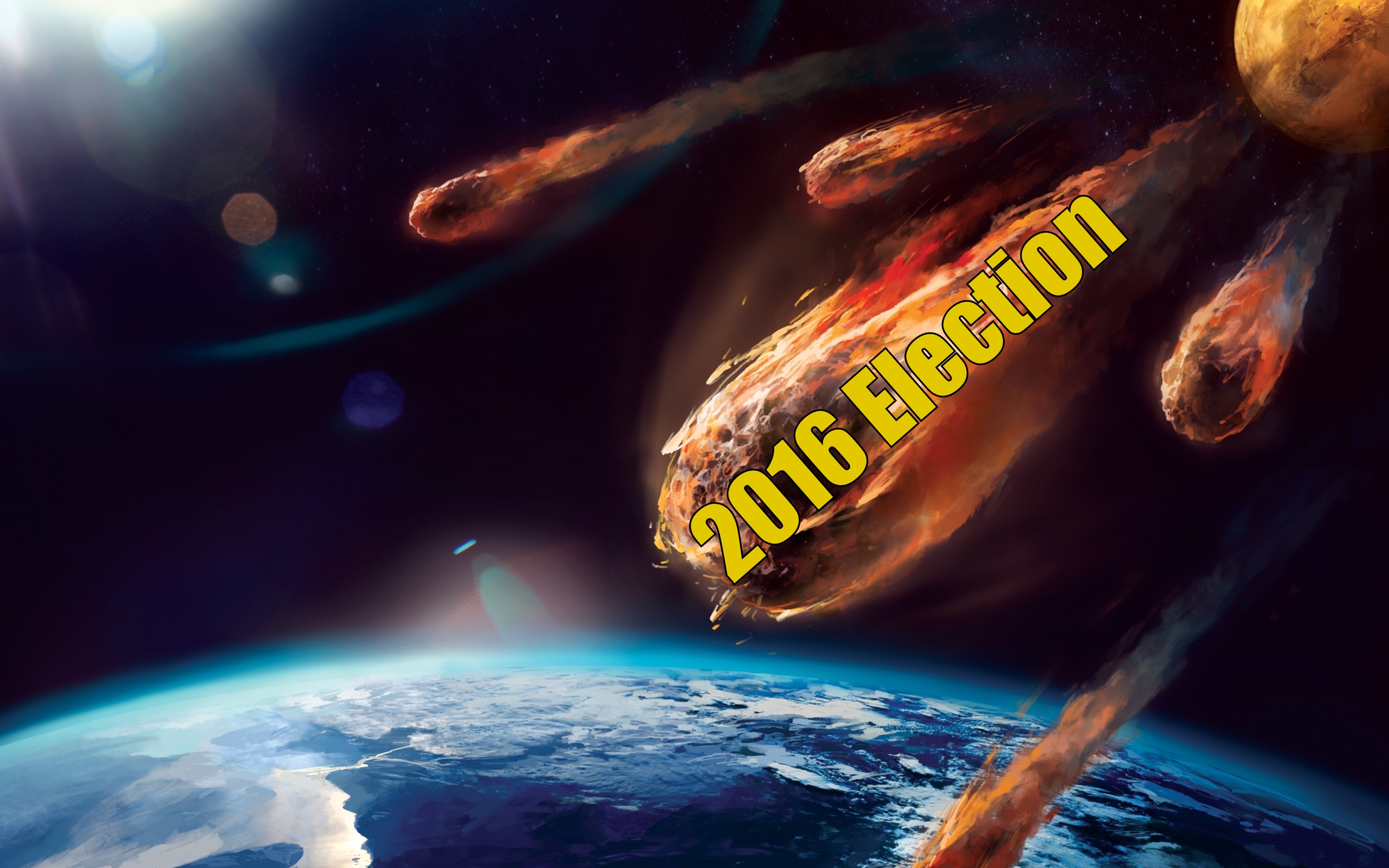 Despite a decades-long hold on Western water, land, and resource policies, extreme green groups, including the Sierra Club, Center for Biological Diversity (CBD), Southern Utah Wilderness Alliance, Great Old Broads for Wilderness, Backcountry Hunters & Anglers, and all their anti-development, pro-big government comrades, are in a panic over the recent ‘surprise’ election of Donald Trump.

Even before the election on November 8–which by the way, sent the Left reeling with near hysterical outbursts of indignation, splattered egg on the faces of pollsters and pundits, and even surprised most commentators and voters on the political Right–radical outfits began frantically urging President Obama to wrap up his final term with a tidal wave of new land-grabs and restrictions on economic activities on public lands. The ‘climate disruption’ premise–a favorite global fear-mongering narrative of the extreme greens, is front and center in this November 1 plea from CBD to its followers:

Those of us whose adulthoods reach back to the early 1990’s, when ‘global warming’ first became a thing, have seen climate hysterics disproven in myriad ways. Thinking people are also aware of the human devastation that would result across the planet should fossil fuels–the arch enemy of the climate-obsessed extreme greens–be phased out. Data prove that the goal of the climate cabal to eliminate coal, oil and gas-fueled power plants within a few decades, will make electricity, and home heating fuels unaffordable, unreliable, and unattainable for billions of people.

Ranchers, farmers, outdoor recreationists, and others across the West, have endured unrelenting bullying from the BLM, which has not only been countenanced by the Obama Administration, but seemingly encouraged. Ranchers prosecuted by the BLM in Oregon for peacefully protesting in a federal building at the Malheur Wildlife Refuge were exonerated by a Portland, Oregon jury. The ongoing prosecution of the Bundy family in Nevada has exposed numerous unethical–likely illegal–tactics by the FBI and BLM during the course of the Bunkerville standoff of 2014. One of the most-read articles ever published by the L.A. Times, A Sting in the Desert, details horrific abuses perpetrated by BLM and FBI agents in a so-called ‘antiquities black market’ sting, which ended in the deaths of 4 people.

The Environmental Protection Agency (EPA) and it’s radical agenda are also threatened by the incoming administration. Having put forth new totalitarian rules that regulate everything from water that accumulates in the ruts of a dirt road, to the methane that emanates from the digestive systems of cows, to dust stirred up by farm equipment, the EPA has been beleaguered with multiple lawsuits from multiple states, and multiple castigations for multiple instances of systemic liability, most notably the massive toxic spill In Colorado which polluted waters in 4 states, and harmed local communities and economic sectors for months.

Other federal ‘management’ agencies such as the U.S. Forest Service and Fish & Wildlife, are also having to defend bad policies and unconscionable actions, such as the intentional destruction of the historic Trail of Tears, and deadly bans on logging which have culminated in overcrowded, dried-out, diseased forests, and millions of acres of federal land consumed in wildfires each year.

One weapon extreme greens have relied upon heavily is Obama’s misuse of the Antiquities Act to sequester millions of acres of state and BLM land–and tens of thousands of square miles of prime fishing waters in the Pacific Ocean–in the form of new national monuments. This radical tactic, which completely sidesteps Congress, has resulted in nearly 300 million acres of lands and resources taken out of productivity, and thrust into the control of the restrictive National Park Service. Ranchers, loggers, energy companies, local governments, school districts, Native American tribes, law-enforcement agencies, and countless families have been impacted by Obama’s overreaching, ideologically-driven ‘preservation’ goals. But the overreach has had a backlash, and Americans are fighting back. From the Bundy Ranch standoff to the movement in Oregon to stop the creation of the proposed Owyhee Canyonlands National Monument, to the southeastern Utah rebellion against the creation of Bears Ears National Monument, Americans have taken powerful stances in opposition to Obama’s national monuments push, and the extreme greens have been forced to retreat.

As Americans grow weary of pitched hysterical warnings from the extreme environmental movement–which have gone unrealized for decades–those anti-capitalist, anti-development, globalist special interest groups are finding themselves in a tilting house of cards. Federal agencies; EPA, BLM, USFS, F&W, are the willing roommates sharing their rickety house, and the weight of their own hypocrisy, arrogance, and contempt for ‘ordinary Americans,’ combined with the gravity of a Donald Trump presidency, is about to bring it all down.